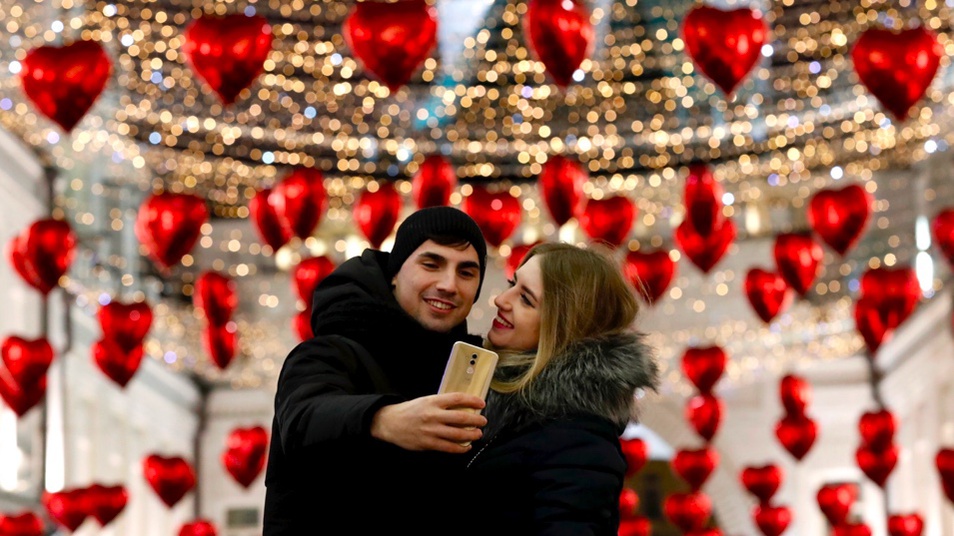 In total, 59 percent of Russian respondents told the state-funded VTsIOM pollster that they have been struck by Cupid’s arrow, the RBC news website cited the survey’s results as saying Thursday.

Romantics Get Many Treats for Valentine’s Day

Overall, 66 percent of men said they felt butterflies in their stomach, compared to only 54 percent of women, according to the outlet.

Younger respondents were also more likely to experience that funny feeling, with 72 percent of 25-34 year olds and 69 percent of 35-44 year olds confessing they are smitten.

VTsIOM conducted the survey among 1,600 Russians on Feb. 12.