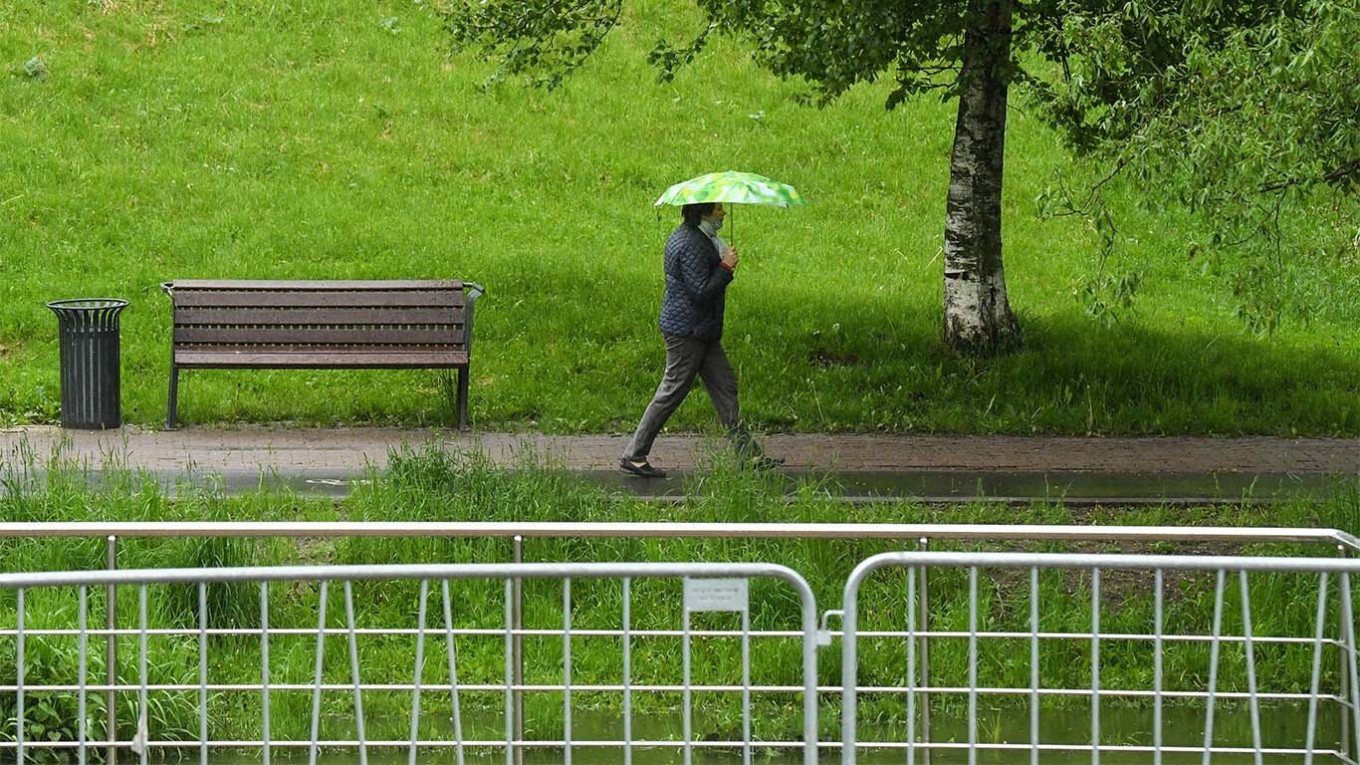 Shopping malls and parks are set to reopen in Moscow on Monday as the Russian capital eases coronavirus restrictions despite having the world’s third-largest caseload.

The relaxation of the confinement orders in Moscow, the epicenter of Russia’s outbreak with a population of more than 12 million, comes after President Vladimir Putin announced the epidemic had passed its peak in the country.

Under lockdown since March 30, residents of Europe’s most populous city were until now only allowed to leave their homes for brief trips to shop, walk dogs or travel to essential jobs with a permit.

While Muscovites welcomed the opportunity to return to parks and malls after weeks of being cooped up at home, many ridiculed the Moscow mayor’s “experiment” aimed at regulating people’s walks and exercise.

As a two-week test measure, Sergei Sobyanin said residents of Moscow will be allowed to take walks according to a staggered schedule based on their home address.

“Regular walks are allowed between 9 a.m. and 9 p.m. but no more than three times a week — twice on weekdays and once on a weekend,” said Sobyanin on his blog, adding that a detailed schedule would be released separately.

People can jog or exercise between 5 a.m. and 9 a.m. but must wear masks, according to the new rules.

Sobyanin said he feared that without limits on walking, people would throng the streets in scenes reminiscent of May Day outpourings in Soviet times.

The new regulations unleashed a flood of mockery on social media, with political commentator Alexander Golts calling them “sheer lunacy.”

Critics quipped that life in Moscow was beginning to imitate dystopian fiction such as the novels of Aldous Huxley and Yevgeny Zamyatin.

Popular comedian Maxim Galkin, who has nearly 8 million followers on Instagram, released a sketch in which Putin and Sobyanin discuss a “breathing schedule” for Moscow residents.

The five-minute parody has been viewed nearly 6 million times over the past few days.

When the restrictions are relaxed, dry-cleaners, laundry services and repair workshops will be allowed to reopen, while restaurants, cafes and cinemas will remain closed for now.

Moscow authorities also said that no mass gatherings would be allowed during the city-wide quarantine that will remain in place until at least June 14.

On Thursday authorities sentenced prominent reporter and activist Ilya Azar to 15 days in jail for staging a lone protest in central Moscow.

Dozens of his supporters have also been briefly detained over the past few days.

Rights organizations including Amnesty International and the Council of Europe have warned Moscow against using the coronavirus lockdown as a pretext to muzzle activists.

Many critics have also questioned the move to lift the restrictions as Russia reported more than 9,000 new infections on Sunday.

With more than 405,000 confirmed infections and over 4,600 deaths, the country has the world’s third-largest caseload after the United States and Brazil.

Analysts say Putin is keen to open up the Russian economy and has recently ordered a World War II victory parade postponed by the contagion to be held on June 24.

The 67-year-old leader is also widely expected to announce a new date for a vote on constitutional reforms that could pave the way for him to potentially stay in power until 2036.