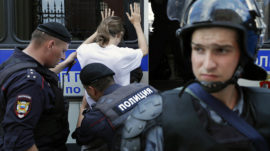 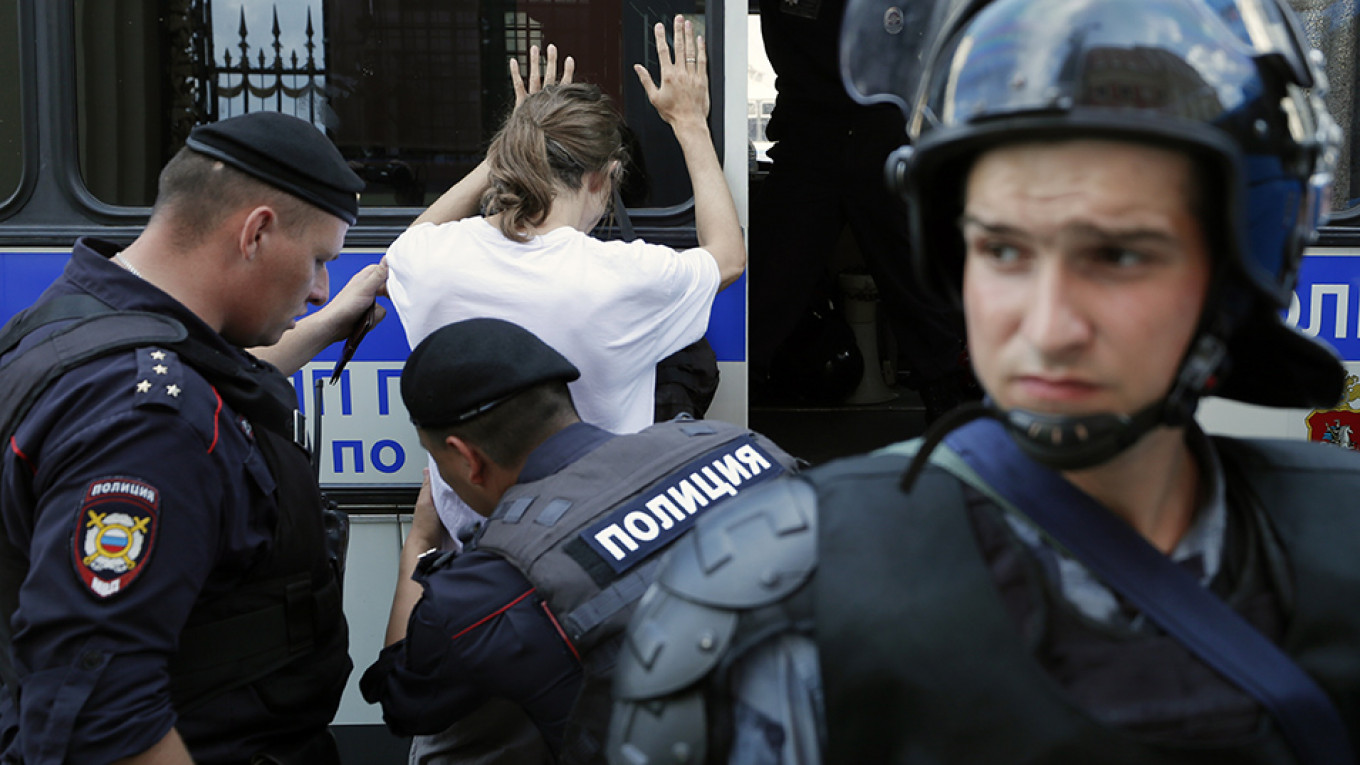 Russian authorities have begun handing jail sentences to activists on protest-related charges after they took to the streets in support of fair elections this summer.

Observers have compared the case to the aftermath of mass anti-Kremlin demonstrations in 2012, when dozens of activists were prosecuted and jailed in what has become known as the “Bolotnaya Square case.”

Here’s a brief overview of those who have been sentenced as of Wednesday afternoon:

— Ivan Podkopayev, 25, sentenced to three years in jail after a court convicted him of pepper-spraying police.

— Danila Beglets, 27, sentenced to two years after a court convicted him of grabbing a police officer by the wrist.

— Kirill Zhukov, 28, sentenced to three years after a court convicted him of lifting a police helmet visor.

— Yevgeny Kovalenko, 48, sentenced to 3.5 years after a court convicted him of throwing a trash can at a riot police officer.

Both Podkopayev and Beglets pleaded guilty to using violence against law enforcement authorities, and both are still under investigation for mass civil unrest.

Who has had their charges dropped as of Tuesday afternoon:

— Sergei Abanichev, accused of throwing a paper cup at the police.

— Dmitry Vasilyev, not yet accused of anything.

All five now face misdemeanor instead of criminal charges after the Investigative Committee dropped charges against them.

He now faces new charges of using the internet to call for extremist activity which carry a prison sentence of up to five years, human rights lawyer Pavel Chikov wrote on his Telegram channel Tuesday afternoon. The Basmannyy district court approved investigators’ request to move him to house arrest later that evening.