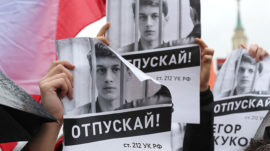 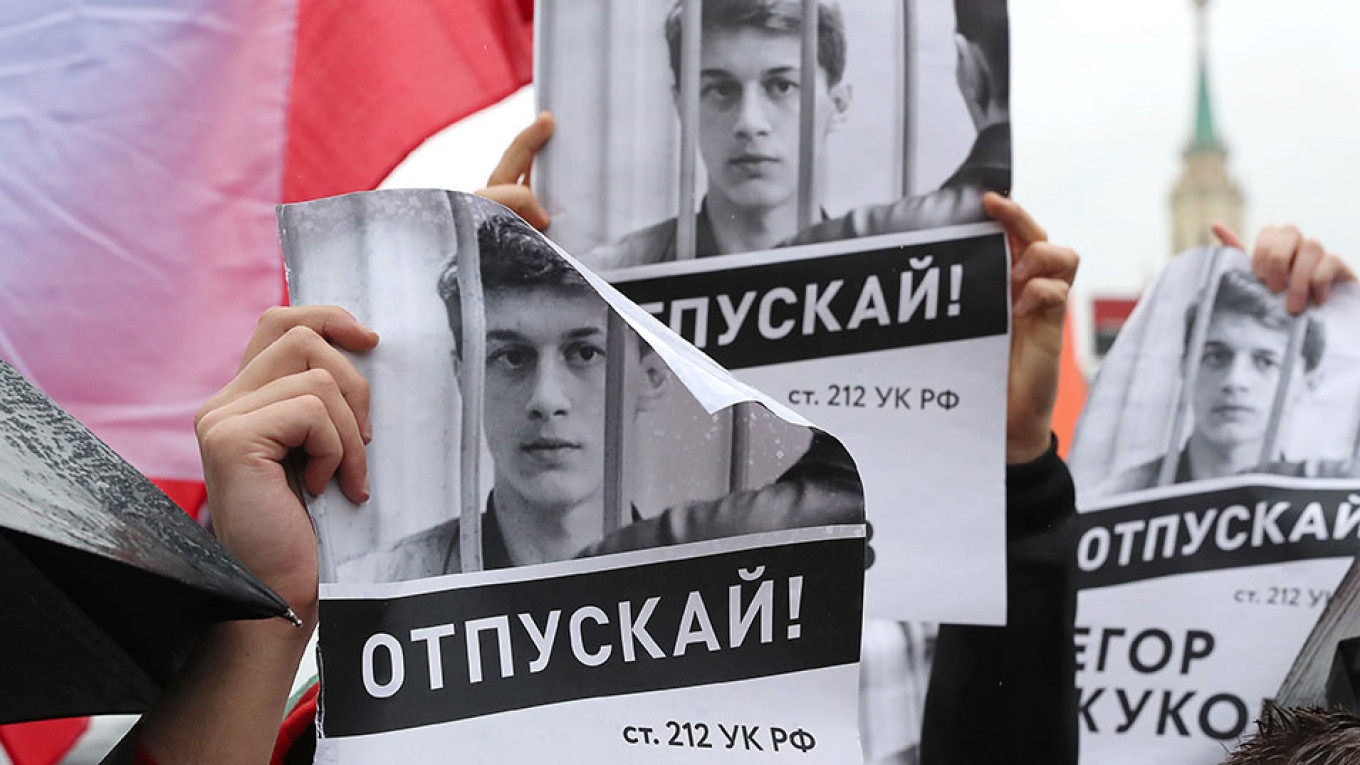 Russia’s state finance watchdog has placed a popular YouTube blogger accused of “mass unrest” during Moscow’s recent election protests on its list of extremists ahead of his trial.

Zhukov’s name appeared Thursday alongside more than 9,000 Russian citizens whom the Federal Financial Monitoring Service has blacklisted as “terrorists and extremists.”

The political science student’s bank accounts will be frozen and he will be barred from working for many companies due to his inclusion on the list of extremists.

A Student Arrest Puts Elite Moscow University to the Test

Linguists have slammed the expert for “manipulating” and “plucking” Zhukov’s words out of context at will.

“[The FSB expert] ignores the meaning of the analyzed text, which is expressed clearly and consistently, and attributes a fictional and almost the opposite meaning to it,” the linguists wrote.

Russia commonly places individuals accused of extremism on its list of “terrorists and extremists.”

Zhukov was placed under house arrest until Sept. 27.