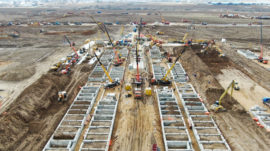 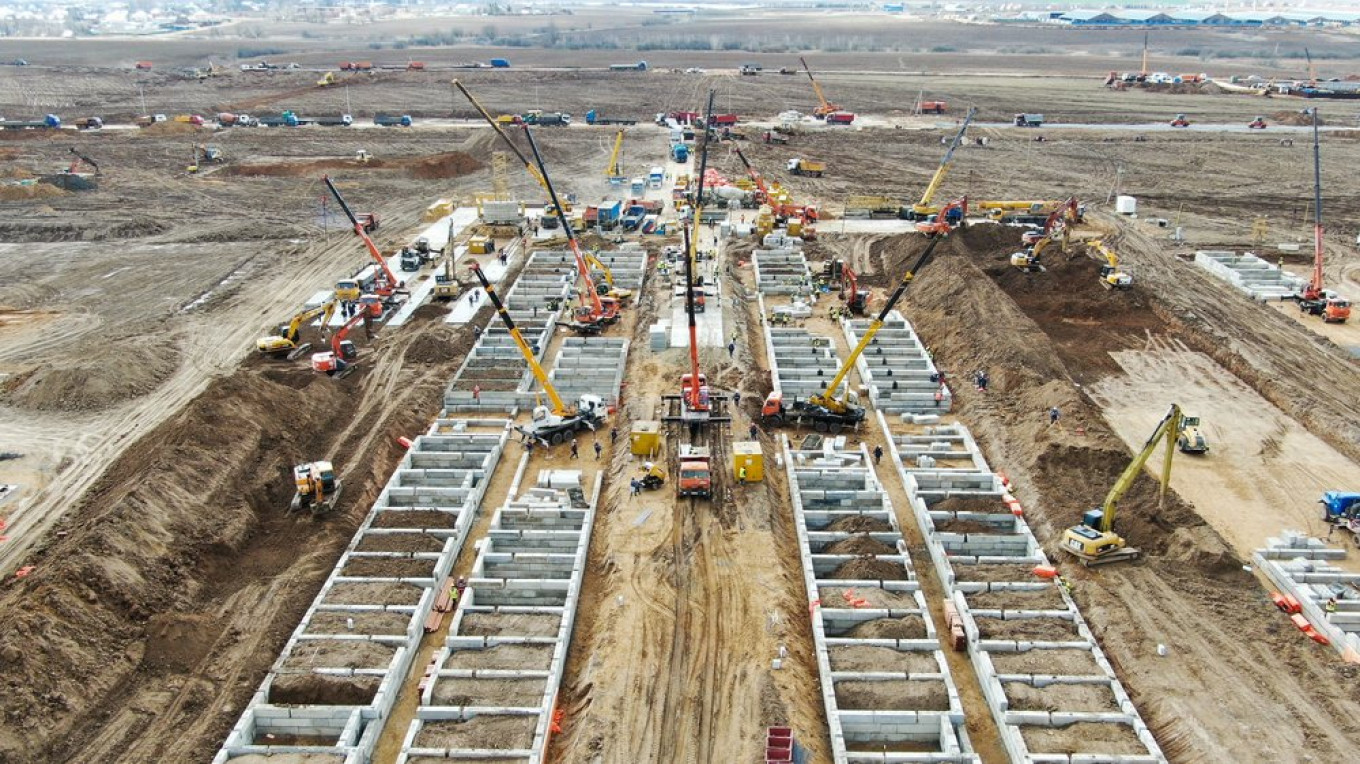 Surrounded by police roadblocks, the vacant lot on the outskirts of Moscow is guarded like a military site.

Moscow city authorities are rushing here to construct a medical facility for coronavirus patients styled after a hospital built in record time after China’s outbreak.

The building site, where ground broke just last week, is frantic, with a non-stop parade of Kamaz trucks and concrete mixers.

Located in Golokhvastovo, a village about 70 kilometers (40 miles) southwest of Moscow, the facility was inspired by the “experience of Chinese partners,” city officials said last week.

In February, China built a prefabricated hospital with 1,000 beds over 10 days in Wuhan, the epicenter of its coronavirus epidemic.

Laborers from across Russia and Central Asia – already accustomed to working on giant public projects in Moscow – are surrounded by diggers, huge mounds of earth and sand, and ditches dug between bouts of freezing rain.

“We don’t have a precise timetable, but we hope to finish within a month. Maybe sooner,” said Pavel, a 28-year-old worker from Russia’s Chuvash republic, 600 kilometers (370 miles) from Moscow.

Many of the 3,200 builders, who are working day and night, live on the site in prefabricated buildings and a purpose-built tent village.

“The first patients with coronavirus should arrive here in April,” said Arthur, 31, a foreman in charge of environmental protection at the site.

The 500-bed facility, extending over 43 hectares (106 acres), will be a “medical center among the most modern,” deputy Moscow mayor Andrei Bochkarev said in a statement last week announcing the facility.

It will include “operating theatres, resuscitation and diagnostic services”, and facilities for children, he said.

Authorities have not disclosed the cost of the project, but Russian news website Znak, citing city hall documents, said it would cost 8.5 billion rubles ($107 million).

President Vladimir Putin has said the coronavirus situation is “under control” in Russia, although the number of official cases is increasing rapidly, with 253 recorded as of Friday.

But many Russians are skeptical of these figures and worried about a major potential outbreak.

Anticipating concerns from residents living near the new facility, Moscow Mayor Sergei Sobyanin said the hospital would be built 250 meters (yards) from several old wooden houses, the nearest homes in the village.

But resident Anatoly Bulychev is unimpressed.

“They are building a giant infection. It will not bring anything good,” the 79-year-old says, sitting on a bench as trucks parade past.

“Let Sobyanin build this hospital near his country house! It’s not like we are running out of space in Russia.”