Moscow’s Coronavirus Lockdown Leaves the Homeless Out in the Cold 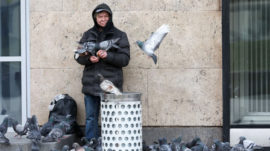 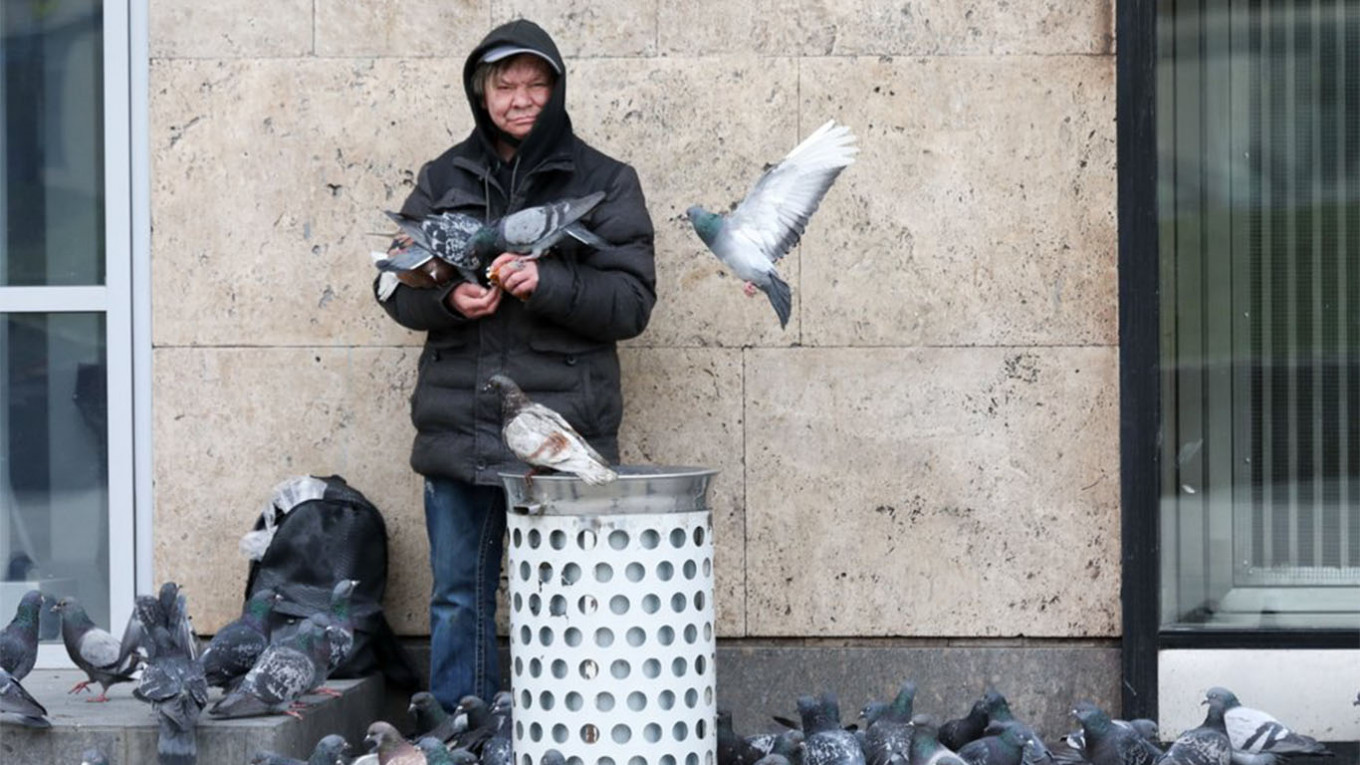 In many European countries, where the coronavirus has hit hard, spaces including hotels, office buildings and gymnasiums have been converted into isolation shelters for the homeless. No such measures have been taken in Russia, where anti-homeless stigma is strong — and with parks, shopping centers and train stations closed and volunteers staying home, Moscow’s homeless have few options for finding shelter and basic necessities.

“The homeless have no way to self-isolate,” Daria Baybakova, the head of the Moscow branch of the Nochlezhka NGO, which operates a network of shelters in St. Petersburg and the capital, told The Moscow Times.

Official statistics for Russia’s homeless population are patchy, with data from the most recent census in 2010 placing the number of people living on the streets nationwide at 65,000. Nochlezhka — or “Overnight Stay” — says the number is closer to 1 million, with the number of homeless in Moscow alone at about 80,000.

That number has only increased since the beginning of the coronavirus outbreak, Baybakova said, and there are far too few places in shelters to accommodate them all.

“Even if you take the 14,000 number claimed by official sources, the total number of spaces in shelters in Moscow is no more than 1,600,” she said.

Dr. Lana Zhurkina, founder and head of homeless medical outreach center Dom Druzei — or “Friends’ Home” — said Moscow has never had enough shelters for the homeless, and that her organization has been increasingly busy since the outbreak of the coronavirus epidemic. Many homeless people already have poor health due to age or chronic illness, she added.

If a homeless person were to become infected with the coronavirus, the key factor to getting care would be a positive test, but with coronavirus tests in short supply, it’s not a guarantee that they would be treated. A representative for Moscow’s city-run health insurance system told The Moscow Times that all coronavirus treatment costs are being covered by the state, even if a patient is homeless.

So far, there have been no reported cases of coronavirus in the city’s homeless shelters. But NGO workers warn that these spaces, often tightly packed, are unprepared to handle an outbreak similar to one that broke out at a shelter in the Latvian capital, Riga, this month. In Britain, a shelter was forced to close after one of its residents died from the virus.

Nochlezhka’s Moscow shelter is currently under renovation, Baybakova said, and unable to accommodate anyone as a result. But it has launched an initiative called “Ty Ne Odin (You Are Not Alone),” which leaves packages in areas frequented by the homeless so they can get free food and other essentials without personal contact. So far, the organization has placed about 120 packages at different locations in Moscow and St. Petersburg, she said.

At the Social Adaptation Center, a city government-operated shelter, employees disinfect the premises several times per day and are required to wash their hands often. People staying at the shelter have their temperatures checked daily.

But the Social Adaptation Center only has 1,000 beds — and those who stay there must have official registration within the city of Moscow, something few of its homeless have.

During the lockdown regime, Moscow’s Labor and Social Welfare Department says it is continuing to operate its “Social Patrol” mobile service, which checks people’s temperatures, conducts physical exams and gives out antiseptics to the homeless. The city also says it has increased its food distribution.

Emil Sosinsky, head of the The Noah Workers’ Home network of shelters in Moscow and the Moscow region, where residents are given free accommodation while being encouraged to earn some money, said the city’s measures to support the homeless have been inadequate.

“We’d like to see the state create some kind of a center that could at least check whether the homeless have the coronavirus or not,” he said.

Sosinsky said his shelters have done as much as they can to prevent the coronavirus from spreading, but that there’s virtually nothing they can do to stop a full-blown outbreak if any of their residents catch the virus.

He said the recommended social distance can’t be observed because the buildings have bunk beds, with anywhere from six to 40 people living in each room, depending on its size.

“If someone brings the virus into our shelter, then most likely everyone will be infected. We aren’t able to create a special quarantine room because there is nowhere to put people. Everything is occupied,” Sosinsky said.

Despite the risks, many of Moscow’s homeless aren’t concerned about the new pandemic.

“The coronavirus doesn’t affect me…I’m not afraid of it,” said Alexei, 46, a homeless man receiving medical assistance from Dom Druzei. “It just seems there is little attention paid to us, because the city’s food and medical stations are closed.”

But Yuri, 43, a worker staying at one of the Noah Workers’ Home shelters, says the situation has changed rapidly for those staying there. With opportunities for unskilled workers dwindling, its residents stay inside all day under quarantine and have fewer sources of income.

“We usually work as simple unskilled workers, digging, excavating or helping with demolition [at construction sites], but everything has been suspended. That’s why we stay inside, eating the food we have stocked.”

If Moscow’s lockdown were to be extended to its surrounding regions, he said, the outcome at his shelter could be “tragic” because the people living in it wouldn’t be able to find casual labor to buy food and medicine and maintain the shelter.

“Everyone is calm about the virus. The people in our shelters have overcome many difficulties in their lives. They’re not scared of anything — they just can’t be without work.”