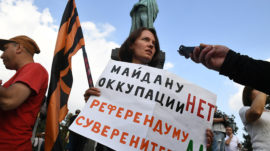 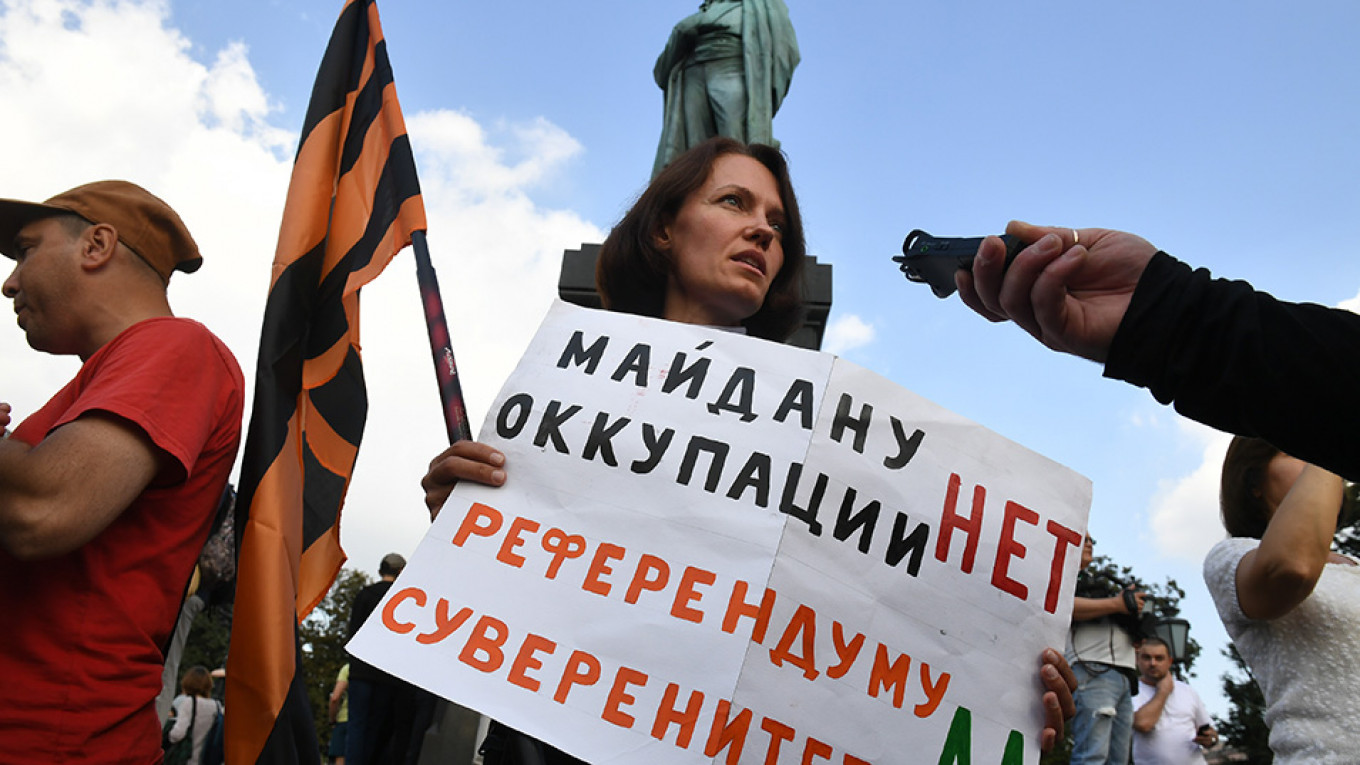 A majority of Russians don’t believe in the authorities’ claim that Western powers are to blame for election protests in Moscow this summer, according to the independent Levada Center polling agency.

Weeks of demonstrations over elections for the city legislature have turned into the biggest sustained protest movement in Russia since 2011-2013. Russia has accused the U.S. Embassy in Moscow, Germany’s Deutsche Welle media outlet and Google of meddling in Russia’s internal affairs by allegedly promoting the protests and encouraging people to attend them.

Almost one-third of Russian respondents (32%) dismissed the Western interference claims as attempts to smear the protesters, Levada’s survey published Tuesday said. Another 26% of respondents said that even if meddling did take place, it likely had no effect on the protest movement.

Only 26% of Russians surveyed blamed the West for meddling in the Moscow elections.

When asked about what had sparked the wave of protests, 45% blamed this summer’s protests on Kremlin-backed candidates who they say are afraid of competition, while 30% accused the protesters of failing to collect the required number of signatures to get on the ballot.

When asked about the occasionally violent crackdown on protesters, 41% of the respondents called the riot police’s actions unjustified and 32% said their response was adequate.

Unlike Muscovites, who were more likely to support the protests in a recent Levada poll, respondents across Russia are more likely to oppose them, with 25% opposing and 23% supporting. Another 45% of respondents remained neutral to the opposition protests, while 7% couldn’t say how they felt about them.

Overall, two-thirds of Russian respondents said they have heard about this summer’s demonstrations for fair elections in Moscow.

Levada conducted the survey among 1,608 Russian respondents on Aug. 22-28.