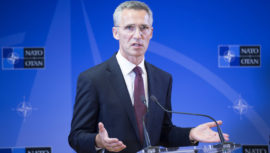 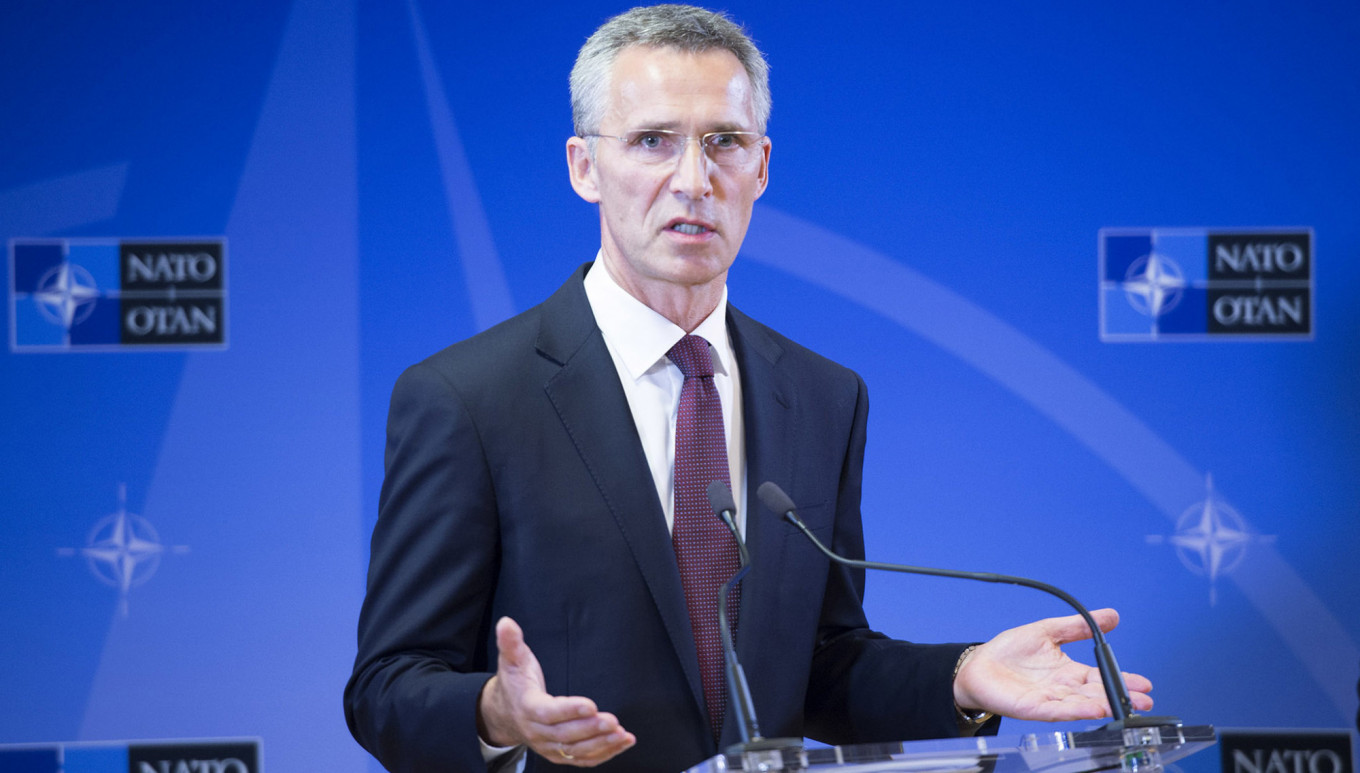 The head of the North Atlantic Treaty Organization warned the U.S. Congress on Wednesday of the threat posed by “a more assertive Russia,” including a massive military buildup, threats to sovereign states, the use of nerve agents and cyberattacks.

“We must overcome our differences now because we will need our alliance even more in the future. We face unprecedented challenges — challenges no one nation can face alone,” NATO Secretary General Jens Stoltenberg said.

Saying “time is running out,” Stoltenberg also called on Russia to return to compliance with the Intermediate-range Nuclear Forces Treaty, from which U.S. President Donald Trump plans to withdraw the United States this summer.

“NATO has no intention of deploying land-based nuclear missiles in Europe,” Stoltenberg said. “But NATO will always take the necessary steps to provide credible and effective deterrence.”

In an interview later with Reuters, Stoltenberg did not elaborate on what those steps would be, saying NATO was looking into a wide range of options including arms control initiatives.

Stoltenberg delivered an impassioned defense of the partnership he called “the most successful alliance in history,” which has often been derided by Trump since he took office in 2017.

Members of Congress, who greeted Stoltenberg with repeated cheers and standing ovations, said they viewed his address to the joint meeting of the House of Representatives and Senate as a chance to reaffirm the American commitment to the NATO alliance despite Trump’s mixed signals.

Congress’ invitation to Stoltenberg to speak as the alliance celebrates its 70th anniversary in Washington was widely seen as a message to Trump about strong bipartisan support for NATO.

‘Good for the United States’

The U.S. president has ruffled feathers among European allies by repeatedly saying NATO nations need to spend more on their militaries and ease the burden on the United States.

Earlier this year, before inviting Stoltenberg to Congress, House Speaker Nancy Pelosi led a delegation of her fellow Democrats to Brussels, where they sought to reassure European allies that differences over Trump’s policies were mere “family squabbles” and that transatlantic ties remained strong.

Members of Congress have also introduced legislation expressing support for NATO or seeking to keep any president from withdrawing from the alliance without lawmakers’ approval.

Later on Wednesday, U.S. Vice President Mike Pence singled out Germany as not paying enough into NATO and criticized its decision to proceed with building the Russian-backed Nord Stream 2 gas pipeline.

“We cannot ensure the defense of the West if our allies grow dependent on Russia,” Pence said at a NATO event in Washington.

He also criticized Turkey’s pursuit of a Russian missile system that Washington sees as a threat to U.S. and NATO military security.

Stoltenberg met on Tuesday with Trump, who said NATO members had made progress on sharing the cost burden but suggested the allies may need to boost their budgets even more.

Stoltenberg said NATO member countries are adding billions to their defense spending — $41 billion in the last two years. He expects that figure to rise to $100 billion next year.

“This is making NATO stronger,” he said. “This is good for Europe, and it is good for America.”

Stoltenberg, the first leader of an international organization to be invited to address a joint meeting of Congress, said NATO has been good for both Europe and the United States.