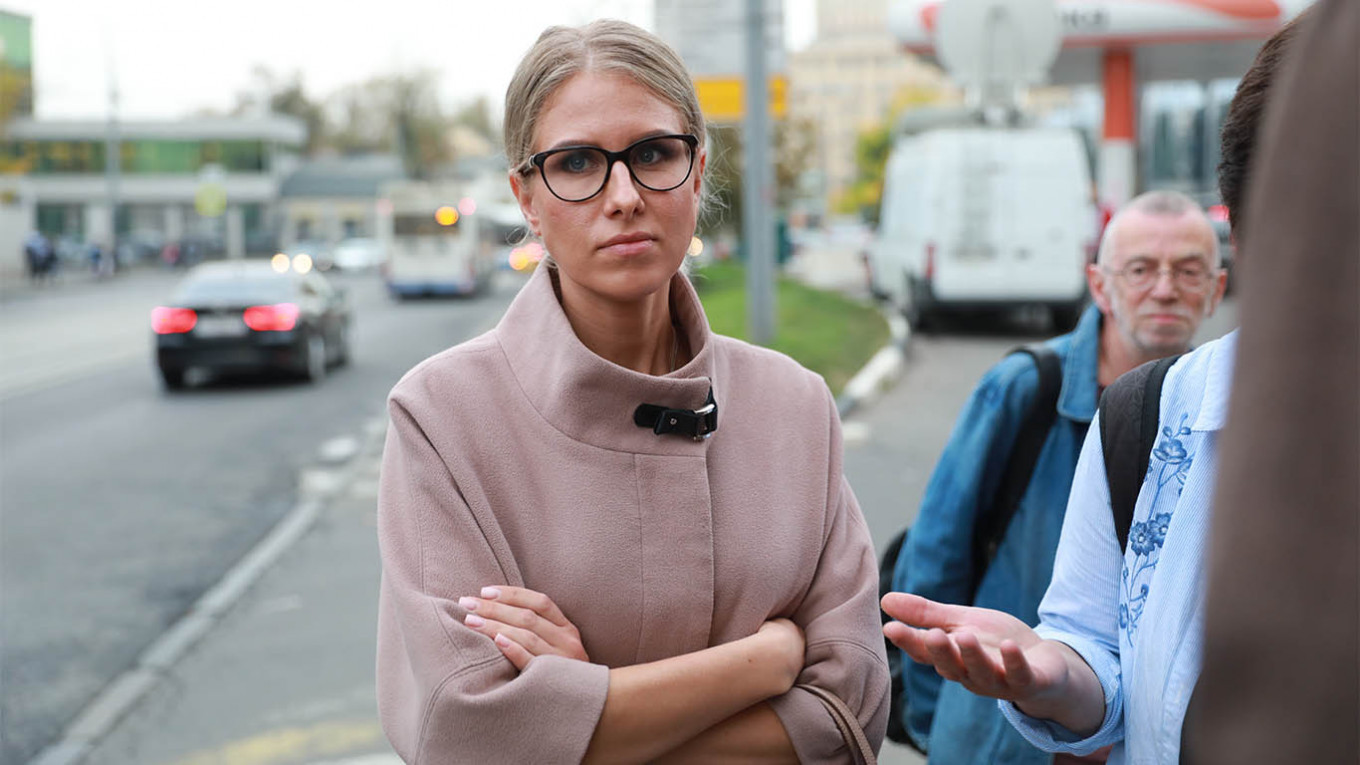 Activist Lyubov Sobol — who became the face of Moscow’s Summer 2019 protests in Moscow after she was blocked from running for city council — was detained for inciting protests in support of Navalny, the independent Dozhd news channel reported Thursday.

Navalny’s press secretary Kira Yarmysh was also detained, as was Georgy Alburov, head researcher at Navalny’s Anti-Corruption Foundation (FBK), and a number of other FBK figures.

The three — all key Navalny associates — are among those calling on supporters to attend unauthorized protests across Russia on Saturday to protest Navalny’s detention following his return from Germany after recovery from Novichok poisoning. The protests are also aimed against Russia’s ruling elite in the wake of Navalny’s viral video exposé into President Vladimir Putin’s alleged $1.3 billion seaside palace.

Police detained Sobol from her lawyer’s car and took her to the Donskoy police station in Moscow, where an administrative protocol on calling for an unauthorized rally will be drawn up against her, Dozhd reported.

“How can a person be detained for something that does not yet exist? In my opinion, this is illegal,” Sobol’s lawyer Vladimir Voronin told Dozhd.

Police took Yarmysh from her Moscow apartment, with the detention streamed live on Dozhd. Alburov was detained at Moscow’s Leningradsky train station, and taken to a police station in the Krasnoselsky district of Moscow, he said in a tweet.

Vladlen Los, another FBK lawyer, was also among those detained Thursday. Los said he was denied access to his own lawyer for more than five hours and will spend the night in a police station pending a hearing Friday. Yarmysh will also be held in custody overnight and face a hearing Friday, she said.

Meanwhile, Sobol was released from custody late Thursday pending a separate hearing Friday, where she faces a 30-day jail stint for repeated violations of rules against organizing unauthorized protests.

“I am home, finally I can put my child to bed. The lawlessness against me and my colleagues today has one goal: to intimidate everyone, so that they are afraid to utter a word against it. But we are the majority and we are not afraid,” Sobol said in a Tweet.

Russian authorities have ramped up their warnings regarding Saturday’s protests after TikTok videos of young people voicing plans to attend went viral, threatening fines and prosecutions and asking social media platforms to take down posts promoting the events.

Meanwhile, Navalny’s Anti-Corruption Foundation has promised to pay any fines issued to participants of Saturday’s rallies.