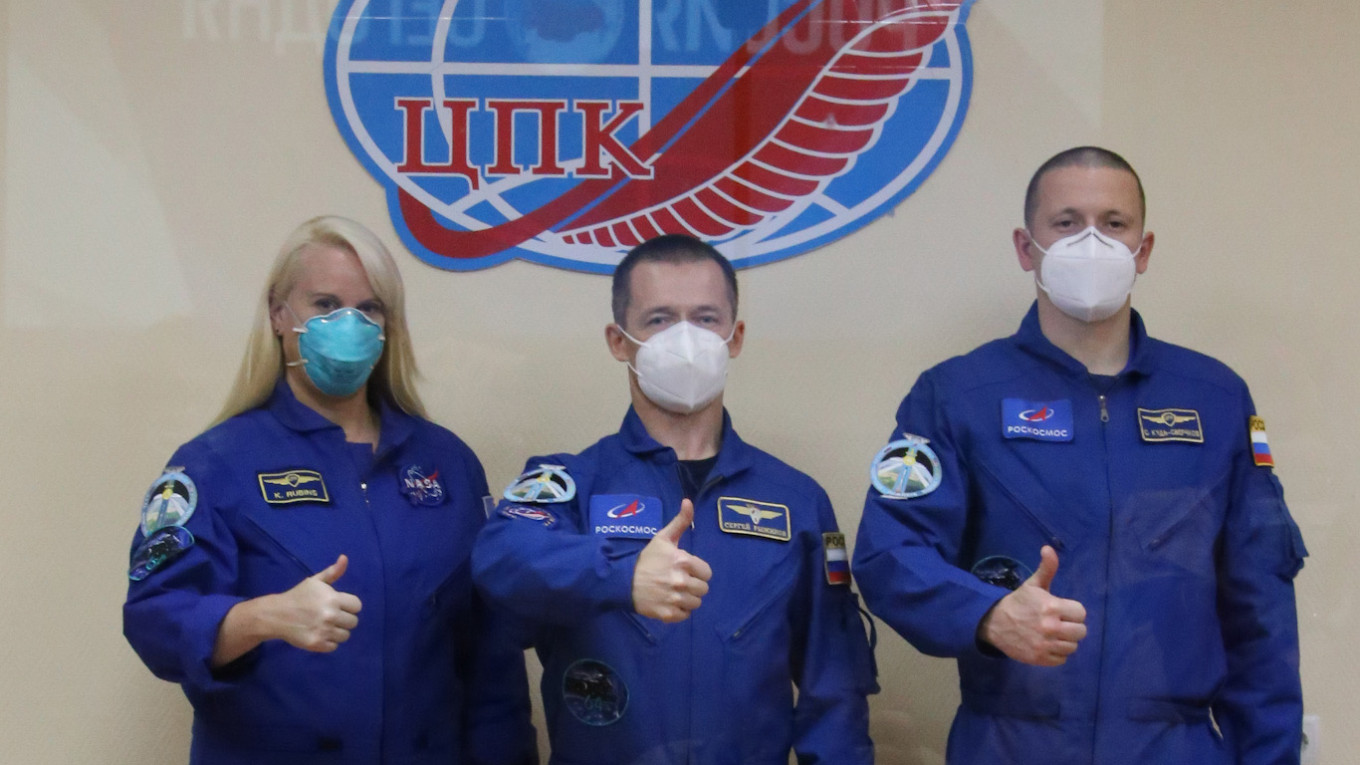 A three-person crew successfully reached the International Space Station on Wednesday aboard a Russian rocket after the fastest ever journey from Earth of just over three hours.

The mission of the Soyuz space craft carrying two Russian cosmonauts and one NASA astronaut was of immense importance to Russia’s space agency Roscosmos, coming as the SpaceX program relaunches manned spaceflight from the United States and ignites fresh talk of a space race between the two countries.

Roscosmos said “a new record for flights to the International Space Station was set — the total time from launch to docking of the Soyuz MS-17 was three hours and three minutes.”

Roscosmos has had the job of ferrying U.S. astronauts to the ISS since the retirement of the space shuttle in 2011.

Sergey Ryzhikov and Sergey Kud-Sverchkov of Roscosmos and NASA’s Kathleen Rubins launched from the Russian-operated Baikonur cosmodrome in Kazakhstan at 5:45 a.m. GMT Wednesday.

Journeys to the ISS usually take around six hours — a time that was a vast improvement on the two-day flights that prevailed prior to 2013.

Wednesday’s manned journey even beat the fastest time for missions just carrying supplies to the station.

Only an unmanned Progress cargo space ship has previously used this profile which requires just two orbits before docking.

The launch is sandwiched between two SpaceX missions — the first manned spaceflights to the ISS under NASA’s aegis since 2011.

Before May 30, when U.S. astronauts Robert Behnken and Doug Hurley arrived at the ISS courtesy of cars to rockets tycoon Elon Musk, Russia and Baikonur had enjoyed a lucrative monopoly on manned missions to the ISS.

But their Dragon Endeavor craft only docked successfully with the ISS about 19 hours after reaching orbit.

The NASA duo returned safely on Aug. 2 and a fresh SpaceX launch, this time anticipating a full-length half-year mission to the space station, is expected next month.

The emergence of private players SpaceX and Boeing — part of NASA’s Commercial Crew Program — has fueled talk of a new “space race” between a number of countries.

But the men and women who fly to the space station play down talk of competition and focus instead on space travel’s ability to bring rival nations together for a common cause.

Speaking at a pre-launch press conference on Tuesday, Rubins did not directly reference the SpaceX flight when asked how she felt to be on board during a new era in space exploration.

“We don’t get to choose our launch date or what occurs on station but certainly I feel incredibly lucky to be on station when… these events are happening,” said the American astronaut, who was celebrating her 42nd birthday on Wednesday.

Stringent precautions, including tighter quarantine and mask-wearing before launch, have been taken due to the coronavirus pandemic but the astronauts and space officials rejected any concerns about a risk of infection on the ISS.

“We have a very strict quarantine, almost from March by my perception,” said Rubins, a microbiologist who researched the deadly Ebola virus before she began training as an astronaut.

Ryzhikov, a 46-year-old former military pilot, has spent 173 days in space compared to Rubins’ 115 while Kud-Sverchkov, 37, is flying for the first time.

On the eve of the launch, Ryzhikov expressed sadness over ongoing fighting in Nagorno-Karabakh and said he hoped the example of the ISS could help “spread love, friendship and comradeship.”

The ISS, which has been permanently occupied since 2000, has been a rare example of cooperation between Moscow and Washington.

Rogozin on Monday said he did not envisage Moscow participating “on a large scale” in a NASA-led Moon-orbiting station known as The Gateway.

The proposed new station “is too U.S.-centric” Rogozin said.

The Russian space program has suffered a series of reverses in recent years, most notably the failure of a Soyuz rocket in 2018 just minutes after blast-off — the first such incident in the history of post-Soviet space travel. The two astronauts on board were not hurt.