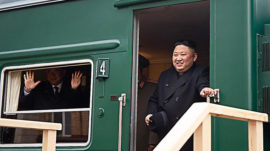 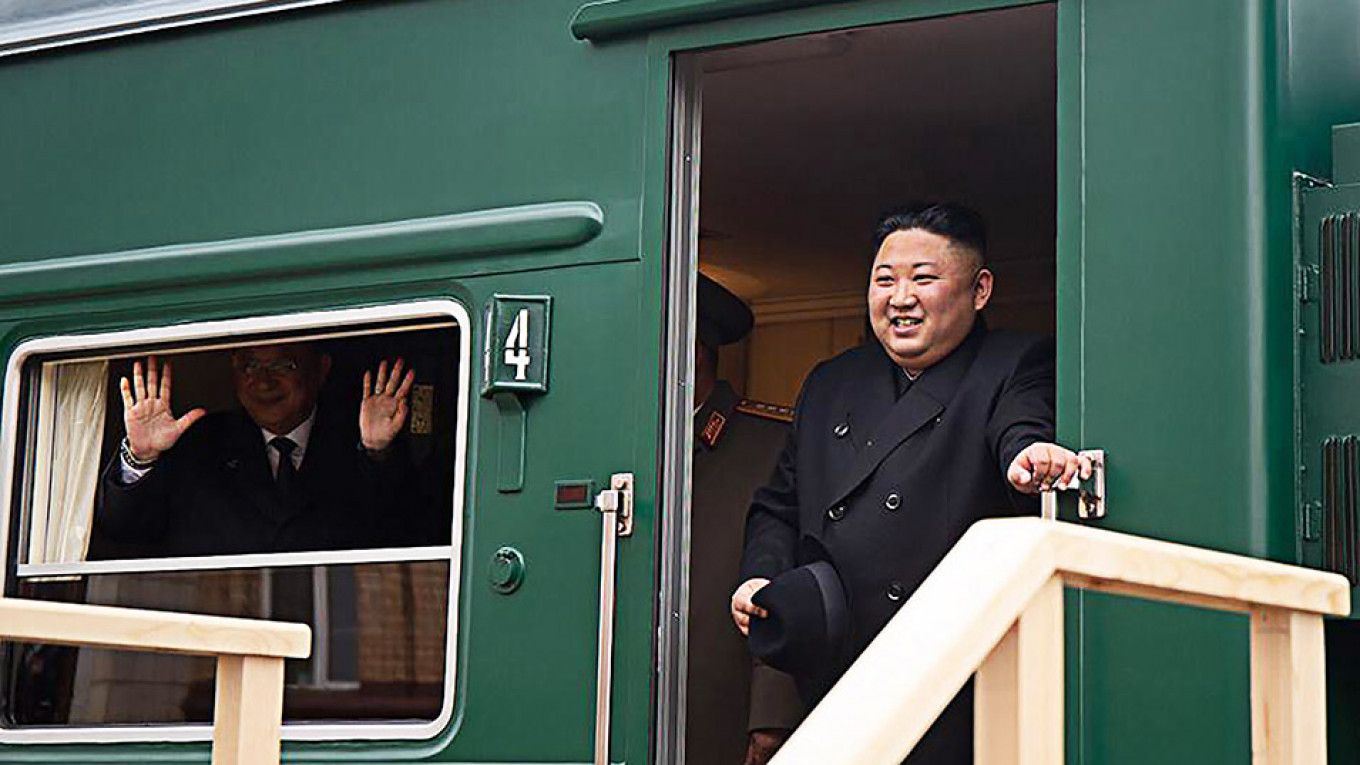 North Korean leader Kim Jong Un crossed the border into Russia on Wednesday by train, Russian media reported, for his first trip there aimed at galvanizing support from President Vladimir Putin while nuclear talks with Washington are in limbo.

Kim is expected to project himself as a serious world player with his first meeting with the Russian leader and at the same time seek assistance from a key ally to ease economic pressure brought on by U.S. and international sanctions.

The young leader will meet with Putin in the Russian Pacific port of Vladivostok on Thursday with the nuclear stalemate with the United States topping the agenda, Kremlin aide Yury Ushakov said.

“In the last few months the situation around the peninsula has stabilized somewhat, thanks in large part to North Korea’s initiatives of stopping rocket testing and closing its nuclear test site,” Ushakov told reporters.

“Russia intends to help in any way possible to cement that positive trend.”

Arriving in an armored train at the Russian border station of Khasan, Kim was greeted with flowers and traditional gifts of bread and salt, the RIA news agency reported, citing an unnamed local government official.

He then toured the Russian-Korean Friendship House located at the station, built ahead of a 1986 visit by his late grandfather and state-founder and leader Kim Il Sung who died in 1994, RIA said.

“I hope the talks will be successful and useful,” he said Wednesday in comments broadcast by Russia‘s state-owned Rossiya 24 television station. “I hope that we can discuss concrete questions about peace negotiations on the Korean peninsula, and our bilateral relations,” he said, speaking through an interpreter.

Kim is seeking to rally support from Moscow after his second meeting with U.S. President Donald Trump in Vietnam in February broke down over differences about demands for Pyongyang to denuclearize and for Washington to drop sanctions.

Kim would hope to get a break from crushing sanctions through his unprecedented summit with Putin but that is likely to prove elusive, analysts say.

Japan’s NHK broadcaster reported citing an unnamed senior Russian official that Putin could propose a restart of the six-party denuclearization talks — which involved the United States, China, Russia, Japan and the two Koreas — last held in 2008.

Vladivostok is the major Russian city to the northeast of the North’s border with Russia, which can be reached by train, Kim’s preferred mode of international transport.

Conspicuously absent from the reported entourage was Kim Yong Chol, who had led talks with U.S. Secretary of State Mike Pompeo. Kim Yong Chol had been a prominent presence during the leader’s four trips to China and two summits with Trump.

U.S. nuclear envoy Stephen Biegun visited Moscow last week for talks with his counterpart Igor Morgulov, which a U.S. State Department official said would continue “to bridge any gaps on the way forward‎.”

“The United States and the international community is committed to the same goal — the final, fully verified denuclearization of North Korea,” the official said when asked about the Kim-Putin summit.

“It is Chairman Kim’s commitment to denuclearization upon which the world is focused,” he said.

Artyom Lukin, a professor at Far Eastern Federal University in Vladivostok, said Kim would want to be seen as a world leader who is not too caught up in ongoing dealings with Washington, Beijing or Seoul.

The school’s campus is expected to be venue for the summit.

“As for Russia, the Putin-Kim summit will reaffirm Moscow’s place as a major player on the Korean peninsula. This meeting is important for Russian international prestige,” he said.

Putin previously held a summit with Kim Jong Un’s father and predecessor, Kim Jong Il, in 2002, who also met in 2011 with Dmitry Medvedev, a Putin lieutenant who was then president.

The sports complex at the university was closed on Tuesday and workers were seen bringing in furniture, a Reuters TV crew at the site reported. Security guards at the entrance to the campus were searching vehicles as they drove in.