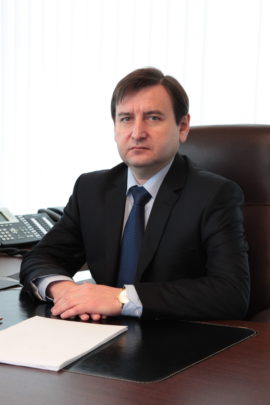 Oleg Vakhovsky was born in 1971 in Artyomovsk, Donetsk Region. He graduated from the Gubkin State Academy of Oil and Gas, majoring in Oil and Gas Field Development and Operation, and received an MBA in Human Resource Management from the Academy of National Economy under the Government of the Russian Federation.

He has been employed with Gazprom for over 20 years.

In 1999–2007, he rose through the ranks from Technological Compressor Operator to Chief Engineer – Deputy Head of the Novo-Urengoyskoye Gas Pipeline Operation Center at Tyumentransgaz.

2011–2013: Head of the Operations Division for Gas Trunklines and Gas Distribution Stations at Gazprom Transgaz Yugorsk.

Igor Ivanov, former Director General of Gazprom Transgaz Surgut, has been relieved of his post due to retirement.

Ex-U.S. Marine Held in Russia Says His Espionage Case Is Politically MotivatedDreams, Death and Beyond at Zverev Center of Modern Art