On and Off the Trans-Siberian Train: The Rapper 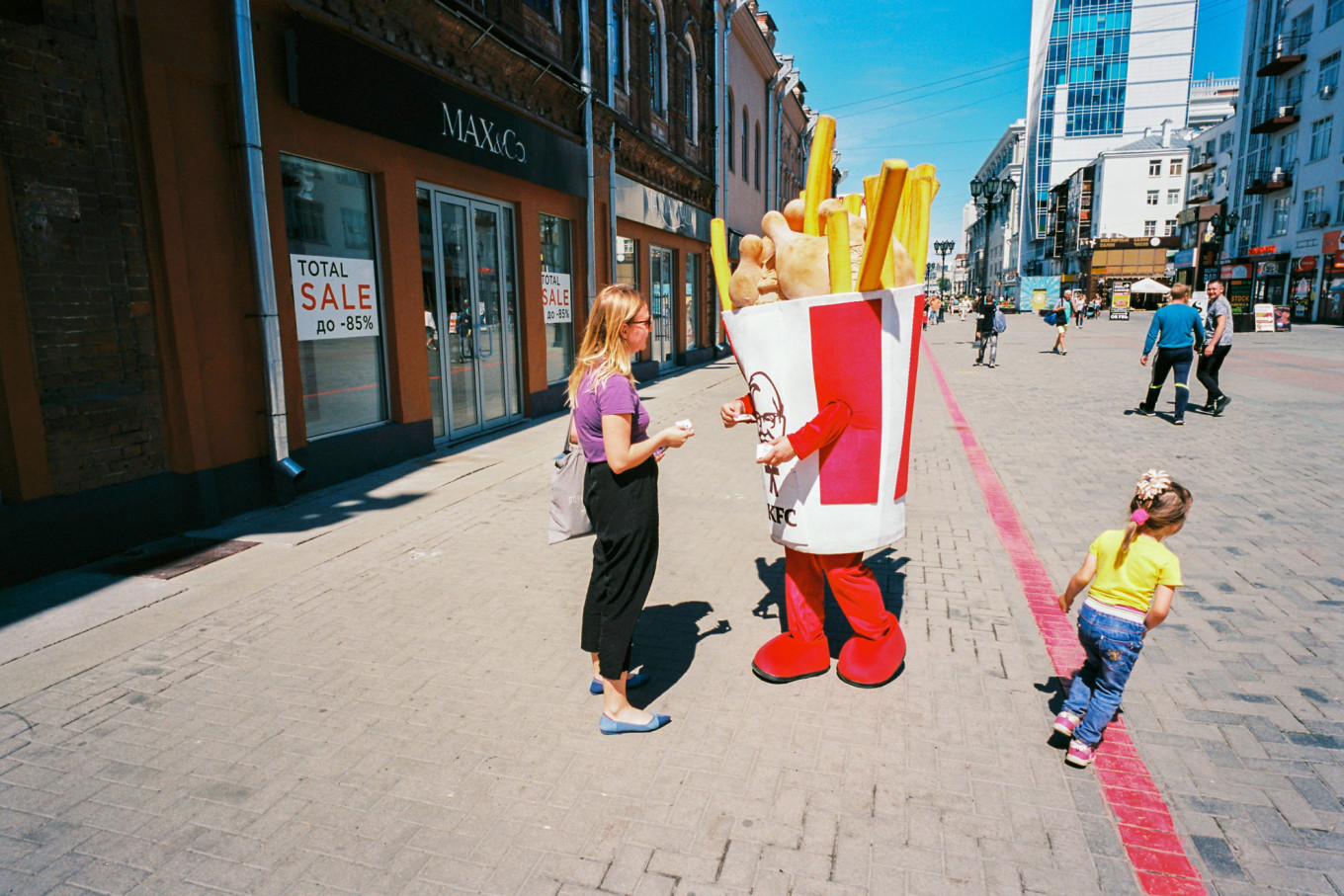 Last summer journalist Marina Dmukhovskaya and photographer Georg Wallner took a trip on the Trans-Siberian from Moscow to Vladivostok. For 28 days and almost 10,000 kilometers, they talked to dozens of people in “Seat 47” (Mesto 47) riding next to them. When they returned, they turned 38 conversations into first-person stories.

Here is one of them.

I was born in Aleksandrovskoe village in the Tomsk region. I grew up with a lot of siblings, we never had enough money, so I started working when I was 12. I grew up quickly: I didn’t have a real childhood.

When I was 12, I dragged cast iron bath tubs around, I helped movers and ruined my back. When I was 13, I worked in a church. I cut the grass, took away the burned candles, and the priests paid us pennies. When I was fourteen, I used someone else’s documents and went with my brother to do road work, we shoveled asphalt.

I came to Yekaterinburg three years ago to study at the Gorny College Polzunova. The stipend is really small – even though I have a higher one (790 rubles) it’s not even enough to pay for a room in a dorm. So you have to work. I was working as a janitor for 7,000 rubles a month. I worked as a realtor, and I also worked in the kitchen at KFC. For a while I worked illegally and made almost 100,000 rubles. Then a guy burned us. Some important people came into town with fancy cars, took us into the forest, and we couldn’t say anything…we didn’t know what had happened to the money. After that I stopped with that kind of work, I was thinking that I want a family and that’s too risky.

Our teachers at college ask why we do so badly in school and work at the same time. It’s because we’re surviving and not living. My parents help, but it’s a struggle to even buy clothes and food.

Things have been hard but I have more going on in my head than others my age. Right now most 18-year-old guys just think about where they can go get wasted or have sex. Random hookups, partying, gangs. I’m really ashamed of young people today, they don’t think about life.

I’m studying to be a mining electrician. It’s like a repairman for all the machinery in the mines. I didn’t want to study that but Mom said you need a masculine profession. I wanted to be a musician because I went to music school, I play balalaika, guitar, all wind instruments, and piano. Earlier I went on concert tours with kids from all over Russia, I even learned violin. Or I wanted to be a pastry cook. That’s something I’ve loved since childhood. But now it’s too late, I’m in my third year and I need to finish it.

Right now I’m rapping. People say that rap is really dirty but if you really take apart each line by itself, you can see a lot of thought behind in. I’ve written a lot of tracks about my life and about people. I have a really wide worldview, I see the world from a lot of different perspectives. From the perspective of the rich and the poor. Right now I’m writing an album, I need to record it properly, make a good video, and make it catchy. You know, we’re in the age of fast food. For a no-name to shoot for something more elaborate is really hard. If I can’t make it with this album then I’ll go to the army. There’s no f***ing way I’ll go do what I’m studying. Standing in mines with water up to my balls isn’t for me.

People react to this potato costume in a lot of different ways. There are some people with cool reactions. They’ll hug me, yesterday a girl gave me a Nike bracelet. Then there are some people who get scared. People are usually dull and frowning and just don’t pay any attention to you, although that’s actually very difficult. Right now I need to go home. I don’t really want to work but I need the money.

I’m not complaining about anything. In our country, it’s hard for a lot of people. That’s the school of life, it teaches me something that no one else can.