On Norway’s Snowy Border with Russia, Unease Over Military Buildup 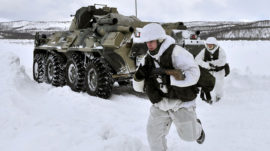 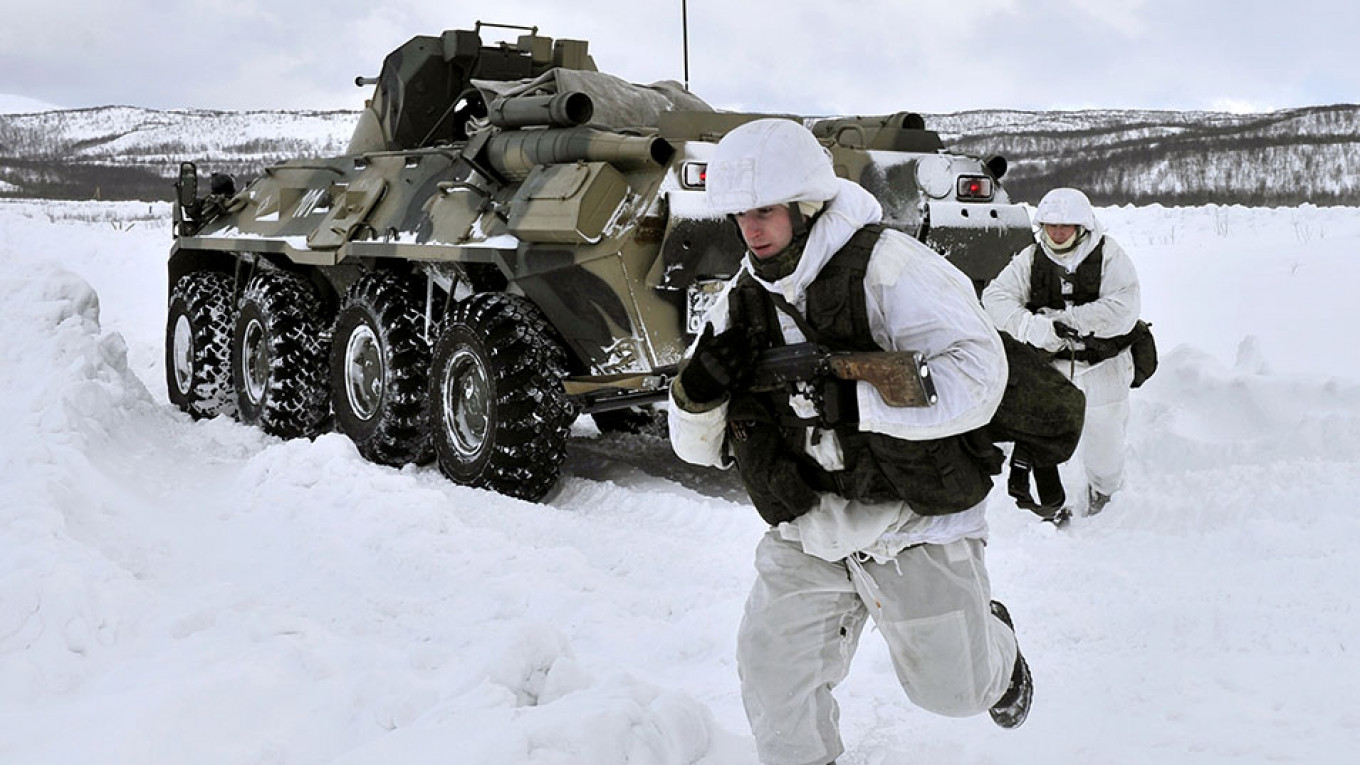 Under a soft winter sun in northern Norway, U.S. Marines train in the ice and snow as they learn how to fight in the freezing cold.

“Which country is to the northeast?” Staff Sergeant Daniel Croak bellows at a group of 20 soldiers in camouflaged combat jackets and white trousers in a pine forest near the town of Setermoen.

“Russia!” they shout back.

The troops are part of a contingent of 650 Marines staging a recent joint military exercise with 3,000 soldiers from NATO-member Norway at a time when both NATO and Russia have increased their military presence in the Arctic.

A few hundred kilometers from Setermoen, Russia is modernizing its forces on the Kola Peninsula, home to its Northern Fleet. Russia has also carried out maneuvers in recent weeks, staging a major submarine exercise in the North Atlantic, according to intelligence sources cited by Norwegian media.

“Do not use your GPSes. They may be jammed,” Croak barks to the Marines, a warning stemming from NATO accusations – denied by Russia – that Moscow has in the past jammed GPS systems in Norway.

The rising tension is unsettling many Norwegians, not least in the town of Kirkenes, which for three decades has been trying to foster cooperation with Russia.

Residents can cross the nearby border quickly with a visa-free permit. Many go to the nearby Russian town of Nikel to buy petrol because it is much cheaper there, and street signs use both the Cyrillic and Latin scripts.

“I don’t like it that they build up the military on both sides of the border. We don’t want rising tensions,” said Eirik Wikan, co-owner of the Kimek shipyard in Kirkenes, which gets two-thirds of its revenues from repairing Russian vessels.

“Here in the north, we work together to reduce tensions…We are trying not to be part of them.”

A Russian town in Norway

About a third of the company’s 180 employees are Russian, 22 of whom work in the Russian port city of Murmansk.

Nikolai Chagin, a mechanic from the Russian town of Severodvinsk, has worked at the shipyard in Kirkenes since 2006.

“I don’t have those problems I used to have in Russia before: I have a good job, a normal salary,” he said.

About 10% of Kirkenes residents are now from the Kola Peninsula. Kirkenes’ Samovar theatre company performs in both Norway and Russia, and has Russian and Norwegians employees. Russian choreographer Nikolai Shchetnev feels at home and is thinking of applying for dual nationality.

“Kirkenes is a Russian town in Norway,” said Rune Rafaelsen, the mayor of Soer-Varanger municipality which includes Kirkenes.

He said he would not welcome more tanks on the border though he saw Norway’s NATO membership as “a guarantee that I can do my job.”

Russia denies responsibility for the rise in tensions. It blames the recent basing of U.S. Marines in Norway, which it sees as a security challenge.

But Norway’s worries grew after Russia annexed Crimea from Ukraine in 2014 and then staged Arctic military exercises including maritime maneuvers with ballistic missile-capable vessels present.

“These were clear messages from Moscow,” said Lieutenant-General Rune Jakobsen, Commander of the Norwegian Joint Headquarters — the Norwegian Armed Forces operational command center. “Do not be part of (NATO’s) ballistic-missile defense.”

Despite the tensions, he says Russian forces are behaving less aggressively on the frontier with Norway than in some other border zones between Russia and NATO, such as the Baltic Sea.

In efforts to build trust, Jakobsen has in recent weeks had talks with the regional head of Russia’s FSB security service in the Kola Peninsula, and met the new head of the Northern Fleet, Alexander Moiseyev, in Kirkenes.

“As a small nation neighboring a superpower, you have to strike the right balance between deterrence and reassurance,” Jakobsen said.

But the military exercises are also important for Norway.

“Working together is what makes it possible to fight together, if we have to,” said Brigadier Lars Lervik, commander of the Northern Brigade based in Setermoen.