On This Day: Andrei Sakharov 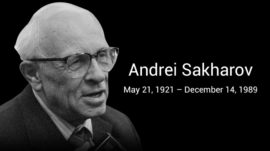 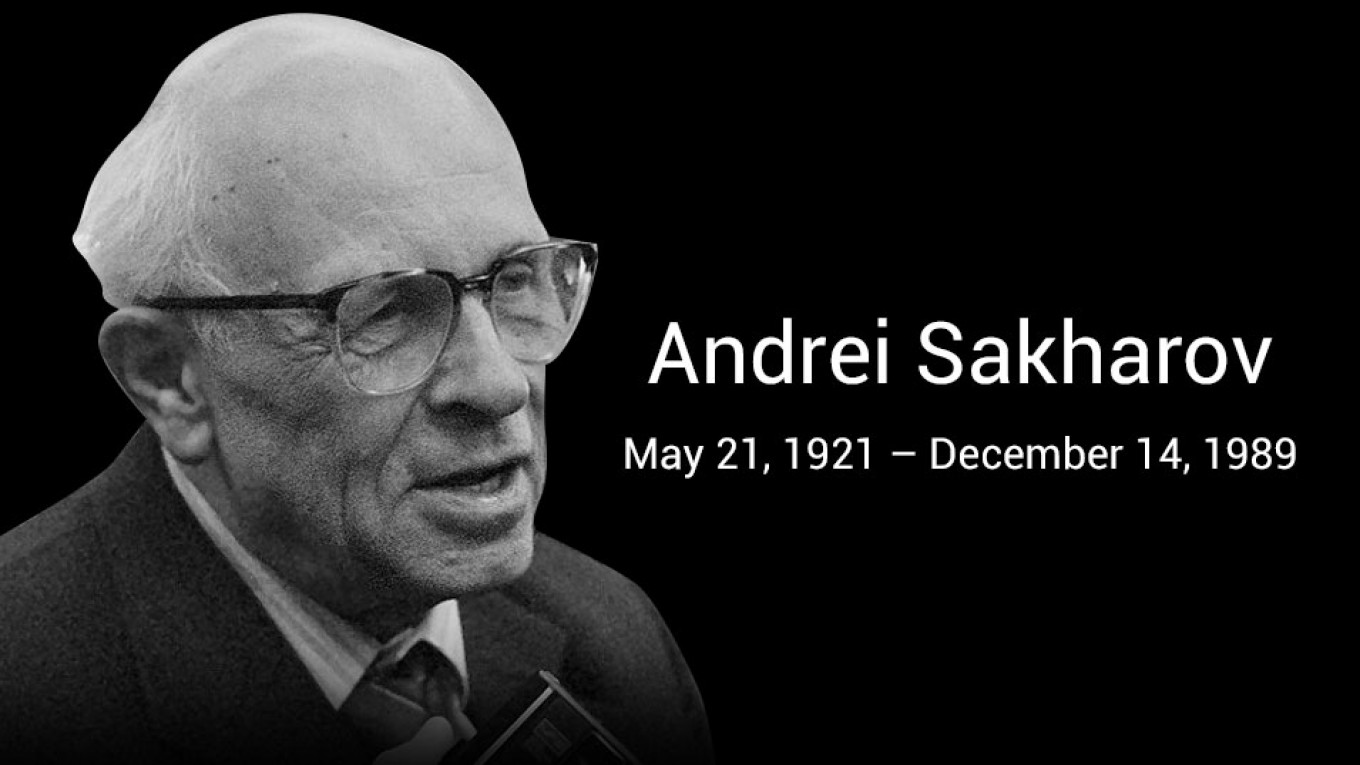 Andrei Sakharov was a nuclear physicist and an outspoken activist for disarmament, peace and human rights in the Soviet Union. He was persecuted for his views on civil liberties and reform, but it was these efforts that earned him the Nobel Peace Prize in 1975. Today, the Sakharov Prize is awarded by the European Parliament to individuals and organizations who campaign for human rights and freedom.

Born in Moscow in 1921, Sakharov was the son of a physics teacher and the great-grandson of a celebrated military commander. He grew up with an atheist father and churchgoing mother, and was also influenced by his grandfather, a lawyer who campaigned for issues such as the abolition of capital punishment.

After entering Moscow State University in 1938, Sakharov was evacuated during the start of World War II (known in Russia as the Great Patriotic War) and eventually graduated from the  university in what is today Turkmenistan. Following his marriage in 1943 (he and his wife raised two daughters and a son) Sakharov returned to Moscow in 1945 to further his academic career. He received his Ph.D. in 1947.

Over the next few years, Sakharov’s research included work on atomic, nuclear and thermonuclear bombs. At age 32, he was awarded with full membership of the Soviet Academy of Sciences and received all the privileges that such elite members of the Soviet academic establishment were entitled to.

In the late 1950s, Sakharov began to grow concerned with the effects of testing bombs on the atmosphere. By 1961, he would go on record to speak out against Soviet leader Nikita Khrushchev’s plan to test a massive thermonucleur bomb, fearing serious radioactive fall-out. The bomb was eventually tested at half strength, and thus began Sakharov’s mission to promote moral responsibility among scientists.

In 1968, Sakharov finished his essay “Reflections on Progress, Peaceful Coexistence and Intellectual Freedom.” This was first first circulated as samizdat (typewritten copies of banned content during Soviet times) and later published in The New York Times and elsewhere. In this essay, he warned of the perils threatening the human race, recommended reduction of nuclear arms, predicted the merging of communism and capitalism as democratic socialism, and criticised the repression of Soviet dissidents. He was swiftly banned from any further military work.

In 1975, he was awarded the Nobel Peace Prize, but the Soviet government prohibited him from attending the ceremony. Instead, his Nobel lecture “Peace, Progress and Human Rights” was delivered by his wife Yelena Bonner, whom Sakharov married in 1972 after the death of his first wife.

The pair continued to speak out against Soviet repression, and in 1980 Sakharov was stripped of all his honors. Following his denunciation of the U.S.S.R.’s invasion of Afghanistan and a call for a worldwide boycott of the Moscow Olympic games, he was exiled to the closed city of Gorky (today’s Nizhny Novgorod). He would soon be joined by his wife, who in 1984 was convicted of anti-Soviet activities.

Following a six-month hunger strike in 1985, Sakharov was able to force the Soviet Union’s new leader Mikhail Gorbachev to allow his wife to leave the country for a heart operation in the U.S. While she was there, she spoke out on her husband’s causes and wrote a book about their plight (“Alone Together” 1986). After Bonner rejoined her husband, they were both released from exile in 1986 and returned to Moscow.

In the last years of his life, Sakharov spent his time actively engaged in politics and writing. He had his honors reinstated, and many of the causes he had fought for would become official policy under the rule of Gorbachev and later under Boris Yeltsin.