On This Day in 1918 the Romanov Family Was Killed 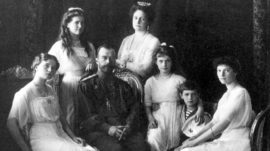 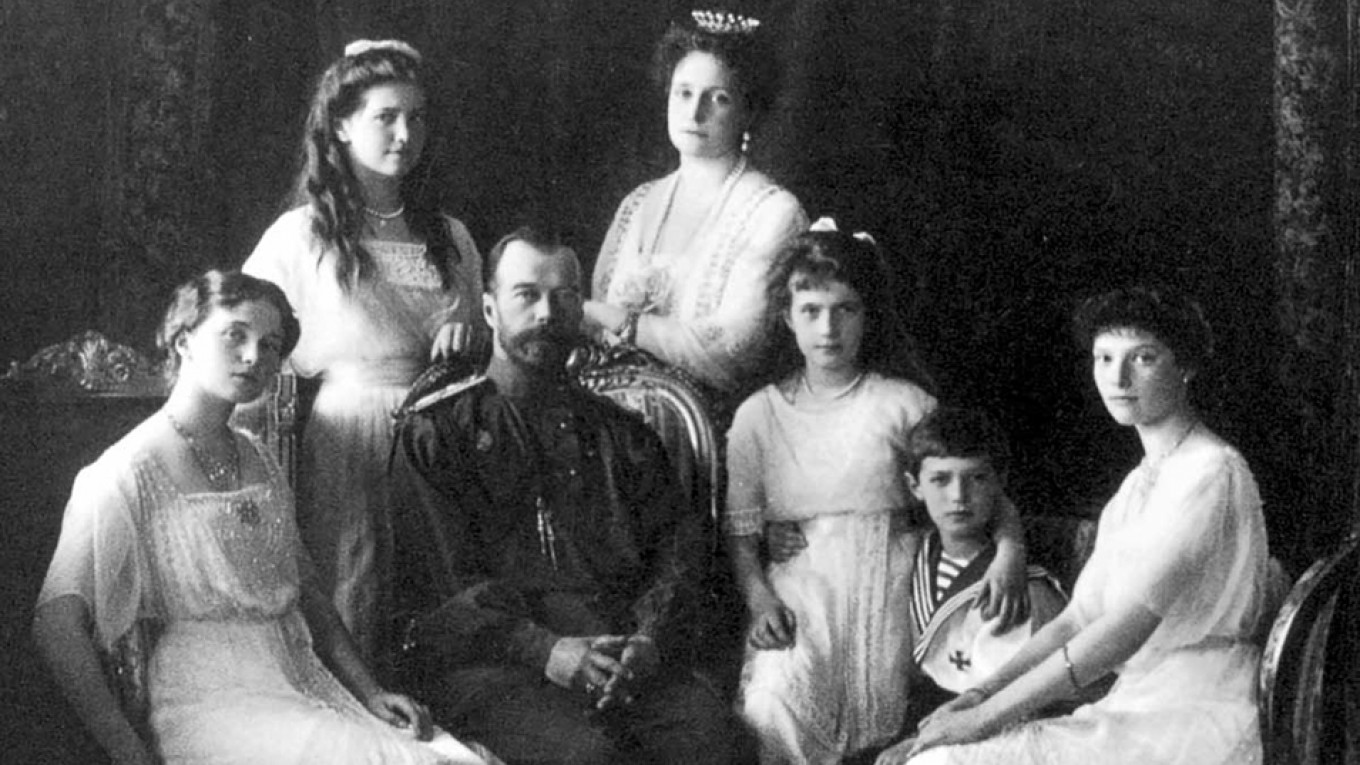 On July 17, 1918, Tsar Nicholas II, his family, and those who accompanied him in imprisonment were executed by Bolshevik agents with gunshots and bayonets at the Ipatiev House in Yekaterinburg. By then Nicholas was no longer a monarch. He had abdicated his throne in favor of his brother, Grand Duke Michael Alexandrovich, but his brother declined the crown and ended the 300-year Romanov dynasty.

In March of 1917, Nicholas joined his family under house arrest at Tsarskoye Selo. The family was then moved to the former governor’s mansion in Tobolsk by the provisional government that replaced the monarchy. Their living conditions deteriorated when the Bolsheviks came to power and moved the family to the Ipatiev House in Yekaterinburg. They were strictly supervised by 300 guards, confined to total isolation, and placed on soldiers’ rations (no butter or coffee). Their windows were sealed and painted over as higher and higher walls were built around the building. The commanding officers could access any of the family’s rooms at any time and forced the prisoners to ring a bell to use the lavatory. The family was not permitted contact with the outside world through letters or newspapers.

Throughout the civil war in 1918, the Bolsheviks grew worried that the White Army would seize the Romanovs, who could be a powerful symbol for the anti-Communist cause. The Ural Regional Soviet decided on June 29 to execute the family and received tentative approval from Moscow. On July 16, the captors were ordered to kill the family because the Red Army forces were retreating.

The executions of Tsar Nicholas II, his wife Tsarina Alexandra, their five children Olga, Tatiana, Maria, Anastasia, and Alexei, and members of their entourage took place during the night of July 16 and the morning of July 17. To avoid the corpses’ discovery, the guards stripped the bodies of clothing and jewels, mutilated them with sulphuric acid, and buried them in the Koptyaki forest.

Soviet officials only announced the death of the Tsar; to avoid political backlash, they claimed that the family had been moved to a safe place. This ambiguity as to the status of the Tsar’s family enabled a series of impostor Romanovs. In 1938, Stalin banned discussion of the Romanov murders. The remains were only found and authenticated decades later.

Although the Russian Orthodox Church still does not accept that the remains found are of the Romanov family, in 1998, the family was laid to rest with honors in Petersburg’s Peter and Paul Cathedral with most of the other Russian monarchs since Peter the Great. In 2000, the Russian Orthodox church canonized the family as passion bearers for the “humbleness, patience and meekness” with which they accepted their deaths.

A 2018 survey by the Russian Public Opinion Research Center found that 57 percent of Russians aged 35 and older “believe that the execution of the Royal family is a heinous unjustified crime” while 46 percent aged 18-24 “believe that Nicholas II had to be punished for his errors.”

On July 17, the State Duma will honor the memory of Nicholas II with a minute of silence. The Russian Orthodox Church has also declared July 17 a day of remembrance for Nicholas II and his family.