On This Day Space Dogs Flew a Mission 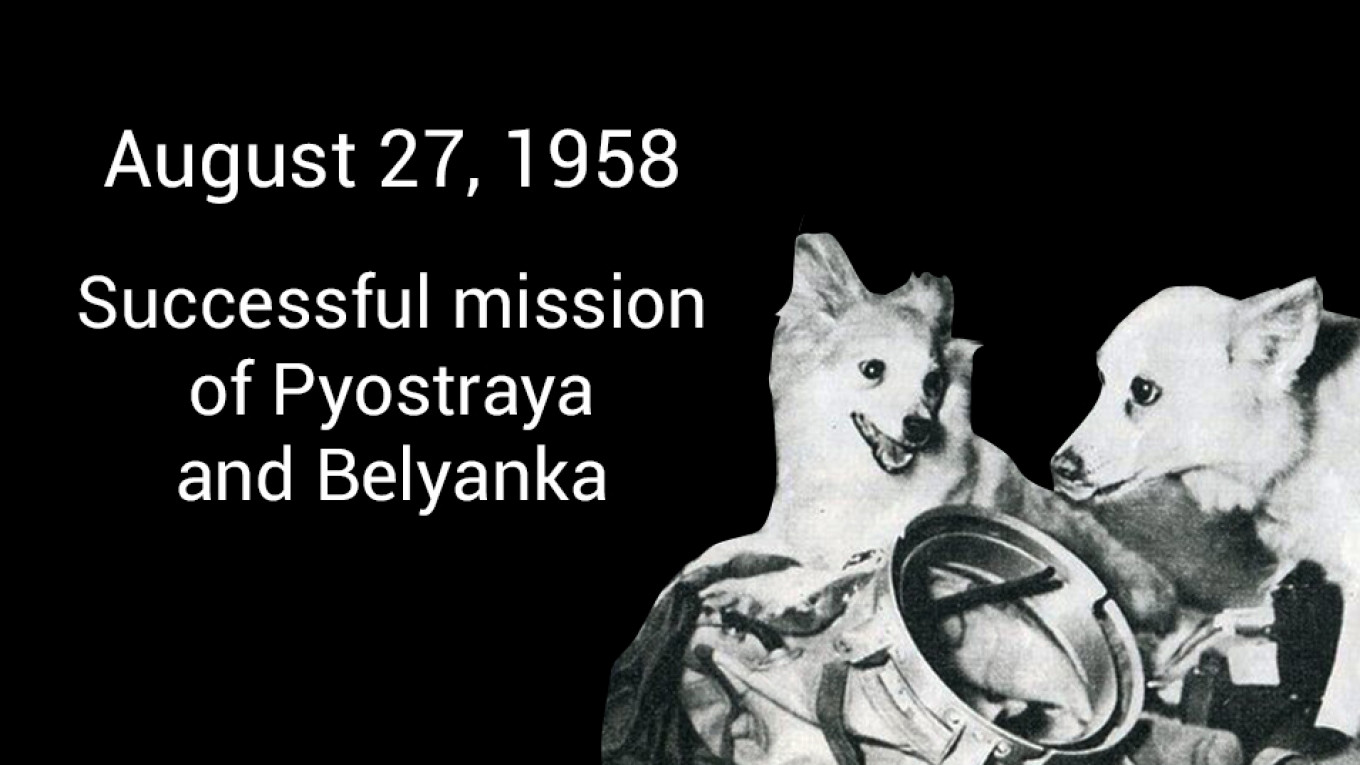 On Aug. 27, 1958, the Soviet Union launched the dogs Pyostrya and Belyanka into space. The craft, a R-5A rocket, set a new record in terms of weight-to-height ratio, as it reached 453 kilometers above the earth’s surface at a weight of over 1,500 kilograms. The dogs safely returned to earth following the flight.

Between the years 1951 and 1966 the USSR sent dogs to space or earth’s outer atmosphere on 36 occasions, with some dogs taking repeat flights. Dogs were favored because Soviet scientists considered them suitable to remain calm during long periods of inactivity, which they would have to endure in the space crafts. The final dog flight in February 1966, for instance, saw Veterok and Ugolyok orbiting the earth for 22 days.

Overall, of the 36 dog missions, 25 resulted in the safe return of the dogs. Chief rocket designer Sergei i Korolyov was known for his love of dogs, and in general the dogs were treated as crew members rather than objects of experimentation. The deaths of dogs on 11 of the flights were felt personally by Korolyov and the researchers.

Test results from dog missions would help the Soviet Union win the space race with the U.S., as they succeeded in sending the first human into outer space: Yury Gagarin on April 12, 1961.