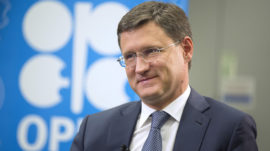 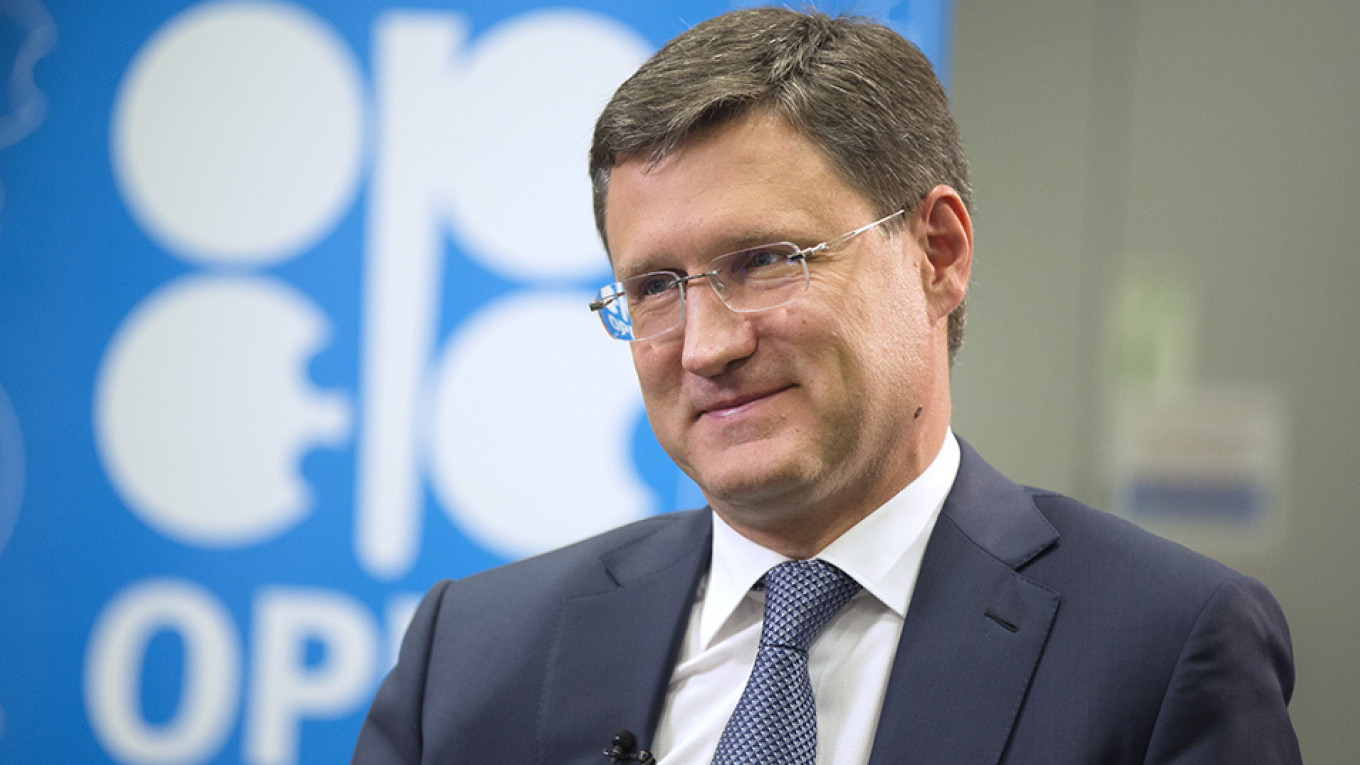 The partnership at the heart of the OPEC+ alliance showed further signs of strain after Russia pressured the Saudi-led group to delay a decision on the future of their production cuts.

The unusual recommendation to cancel next month’s scheduled meeting means the group probably won’t decide whether to prolong its supply curbs until late June, just days before they expire.

At talks in Baku, Azerbaijan, on Monday, Russian Energy Minister Alexander Novak convinced the committee overseeing the output cuts that the scheduled April meeting would be too soon to agree to an extension. Khalid Al-Falih, the Saudi energy minister who had initially been in favor of making a decision at that time, acquiesced, saying “April will be premature.”

For now, the supply curbs that have buoyed Brent crude by 25 percent this year are secure, and the nations present in the Azeri capital said they will go beyond their pledged cuts in the coming months. Still, the cancellation is the latest in a number of disagreements between the two largest and most powerful members of the 24-nation coalition.

While there’s general backing within the Organization of Petroleum Exporting Countries for an extension, with members including Iraq voicing support behind closed doors, Novak remains opposed, according to one delegate, who asked not to be named because the talks were private.

If that difference can’t be resolved in the coming months, it sets up a high-stakes meeting in Vienna on June 25 to 26 that could give oil traders very little time to adjust to a major shift in supply.

“The need for close ties between Saudi and Russia has diminished,” said Andrew Dodson, founder of commodity hedge fund Philipp Oil. “The delay of the OPEC meeting seems to point to a Russia reticence to commit to more cuts and to leave any decision as late as possible before committing further.”

Since OPEC ended decades of rivalry by forging an alliance with Russia in late 2016, the cordial relationship between Novak and Al-Falih has been one of its defining features. The two men ushered in an unprecedented period of cooperation that re-shaped the global oil market and created the beginnings of a new geopolitical partnership that’s extended to cooperation over Syria and mutual investments.

Yet there’s an imbalance at the heart of the alliance. Saudi Arabia needs its oil to sell for $95 a barrel to cover government spending this year in an economy that relies almost entirely on petroleum. Russia is more resilient, with a more diversified industrial base and a less bloated state that means it based its 2019 budget on $40 crude.

Since the OPEC+ production cuts entered their third year — having originally been slated to last for six months — Moscow has shown less enthusiasm. It’s drawn criticism from Saudi Arabia for making slow progress toward its output target. By March 12, Russian producers had implemented half their pledged cuts, giving them just a couple of weeks to go the rest of the way.

Russia will take a wait-and-see approach on whether to extend the OPEC+ deal because the market has achieved a fragile balance, Novak said in an interview with Bloomberg Television on Sunday.

“Currently, the price is acceptable to all the parties, both to consumers and producers,” Novak said. Uncertainties, including fluctuations in Venezuelan production amid a political and economic crisis, make it difficult to say what steps the group should take in the second half, he said.

That contrasted with the message from Al-Falih, who said at a news conference in Baku that the job of rebalancing the oil market was nowhere near done because U.S. inventories remain significantly above normal levels. The kingdom will continue to cut deeper than required under the deal through to the end of April, he said.

OPEC Secretary-General Mohammad Barkindo sought on Tuesday to play down uncertainties arising from supply issues in Venezuela as well as Iran.

Venezuelan Oil Minister Manuel Quevedo assured him in Baku that Venezuela is addressing the impact of power blackouts on the country’s oil industry, Barkindo said in an interview with Bloomberg Television. In spite of U.S. sanctions on Iran’s energy industry, it’s “practically impossible” to completely halt Iranian oil exports, he said.

“The Saudis do have a preference to keep the cuts going and just come out and announce it straight away,” Amrita Sen, chief oil analyst at Energy Aspects Ltd., said in a Bloomberg Television interview. The kingdom “is not going to do anything unilaterally and Russia does represent the biggest of the non-OPEC countries.”

Events in Baku certainly don’t signal the end of the OPEC+ deal or the Saudi-Russia partnership, “but there are a lot of uncertainties right now” and everyone in the group is buying time, Sen said.