‘Our Boys in Salisbury’ Board Game Reportedly on Sale in Russia 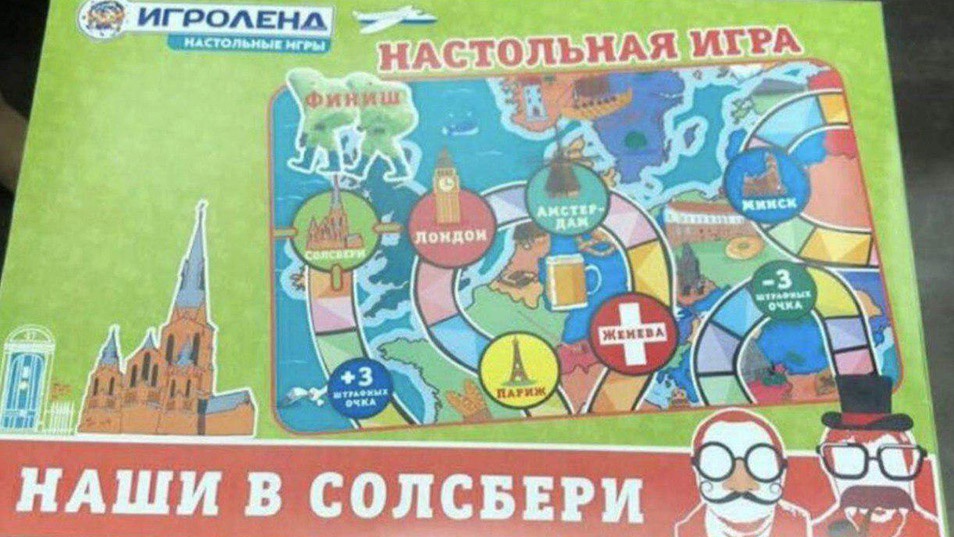 A board game that traces the paths of two alleged Russian agents believed to be behind the poisoning of a former spy and his daughter in England last year is reportedly now on sale in Russia.

Britain charged two Russian citizens in absentia for the attempted murder of ex-agent Sergei Skripal and his daughter Yulia in the English city of Salisbury. Moscow denies involvement and has dismissed the latest EU sanctions against the alleged perpetrators, Alexander Petrov and Ruslan Boshirov, as groundless.

Photographs of a Russian board game called “Our Boys in Salisbury,” depicting Petrov and Boshirov’s animated headshots wearing a disguise, circulated widely on social media this week.

The game is available for order on one Moscow-based online shopping website and another Omsk-based website for the ruble equivalent of slightly over $1.

The websites do not offer descriptions of the board game, which appears next to other more traditional board games by the same maker.

“Our Boys in Salisbury” traces Petrov and Boshirov’s reported travel itinerary throughout Europe before ending up in the city where Skripal was poisoned.

Two individuals using passports with the names of Petrov and Boshirov traveled to Amsterdam, Geneva, Milan and Paris on multiple occasions between 2016 and 2018, according to reports by the Fontanka and The Insider news websites.