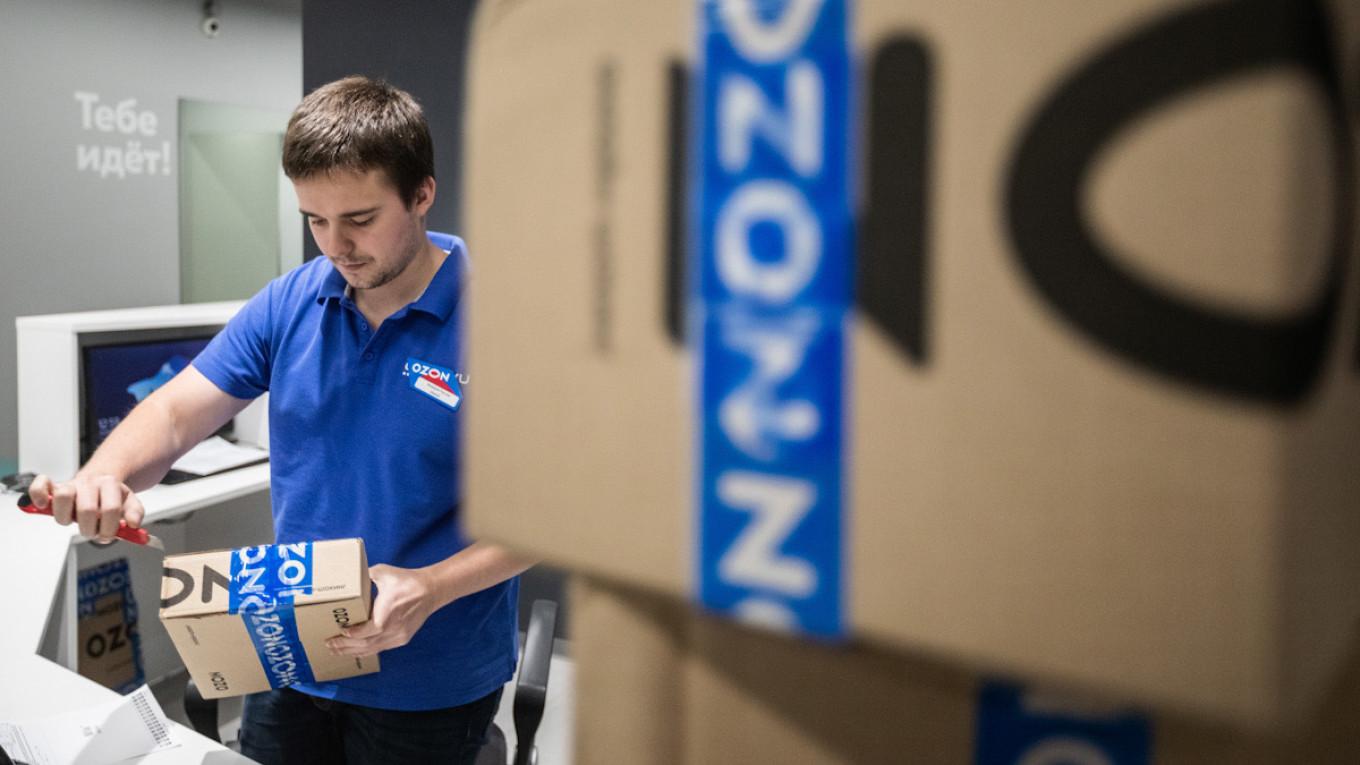 Russian e-commerce giant Ozon is eyeing a $5 billion valuation in one of the most hotly anticipated Russian stock market debuts in years, papers filed by the company in New York on Tuesday laid out.

The company said it would price shares in its upcoming initial public offering (IPO) in the range of $22.50-$27.50 each, giving the firm a valuation of between $4-4.9 billion. That is toward the top end of analysts’ estimates, first outlined when the firm confirmed its plans to IPO on the U.S.-based Nasdaq exchange at the beginning of November.

Ozon itself could rake in around $1 billion in cash from the IPO, which is expected to take place next week, Forbes Russia reported. The company has not confirmed the date of the listing.

It is set to be the largest and most eagerly-watched Russian launch in years, and cement Ozon’s position as one of the fastest growing Russian companies of recent decades. Only a handful of Russian companies have listed on global stock markets in recent years, as dealmaking crashed following Russia’s 2014 annexation of Crimea, the economic crisis of 2014-16 and the imposition of Western sanctions against Moscow.

In addition to the public offering, Ozon will also sell $135 million of additional shares to long-time investors, the private equity fund Baring Vostok and Sistema, a conglomerate controlled by billionaire Vladimir Yevtushenkov in a concurrent private offering. Shares in Sistema have surged to a six-year high in recent weeks as Ozon has edged closer to the IPO.

Combined with other convertible share options in play, insiders say the valuation could top $5.5 billion.

Ozon Battling It Out for E-Commerce Supremacy in Russia

If shares list at the top end of the price range, Ozon would net just over $1 billion from the launch, giving the firm an impressive war chest to use in its quest to become the dominant player in Russia’s rapidly growing e-commerce market. It is expected to use the funds to expand its logistics network across Russia — a key hurdle that has previously held back the development of online retail across the country.

In the new documents, Ozon also confirmed it had paid one billion rubles ($13 million) to state lender Sberbank to settle an undefined corporate dispute between the pair, which it had raised as a possible risk factor in its initial IPO prospectus published early November.

Expectations of strong demand for the shares pushed up the firm’s initial plans to raise around $500 million from the IPO. Global stock markets have surged in recent weeks on the back of Joe Biden’s victory in the U.S. presidential election and strong initial results from coronavirus vaccine trials led by Pfizer and Moderna, giving Ozon very favorable conditions for the launch.

Ozon is currently Russia’s second-largest online retailer, with a market share of around 4%. Top-placed Wildberries claims over 10% of the industry, while the rest is highly fragmented between online-only upstarts from the likes of tech giant Yandex, and websites of traditional retailers such as M.Video.

Analysts see the industry as ripe for consolidation in the coming years, with firms jostling to become the Russian Amazon — a moniker which Ozon has used to promote itself to Western investors.

“Ozon is perfectly positioned to become one of the key consolidators of the Russian e-commerce market, which remains highly fragmented with less than a 35% share controlled by the top 10 players,” Alexander Vengranovich, telecoms analyst at Renaissance Capital said.

He estimates Ozon’s gross merchandise value (GMV) — the total value of goods sold on the Ozon site — will hit 350 billion rubles ($4.6 billion) next year. That would almost double expected revenues for this year — a sign of how fast both Ozon and the Russian online retail market is expanding. The coronavirus pandemic has accelerated that growth, with the market previously held back by logistical challenges in the largest country in the world and what analysts say was widespread scepticism among consumers over paying for goods before delivery.