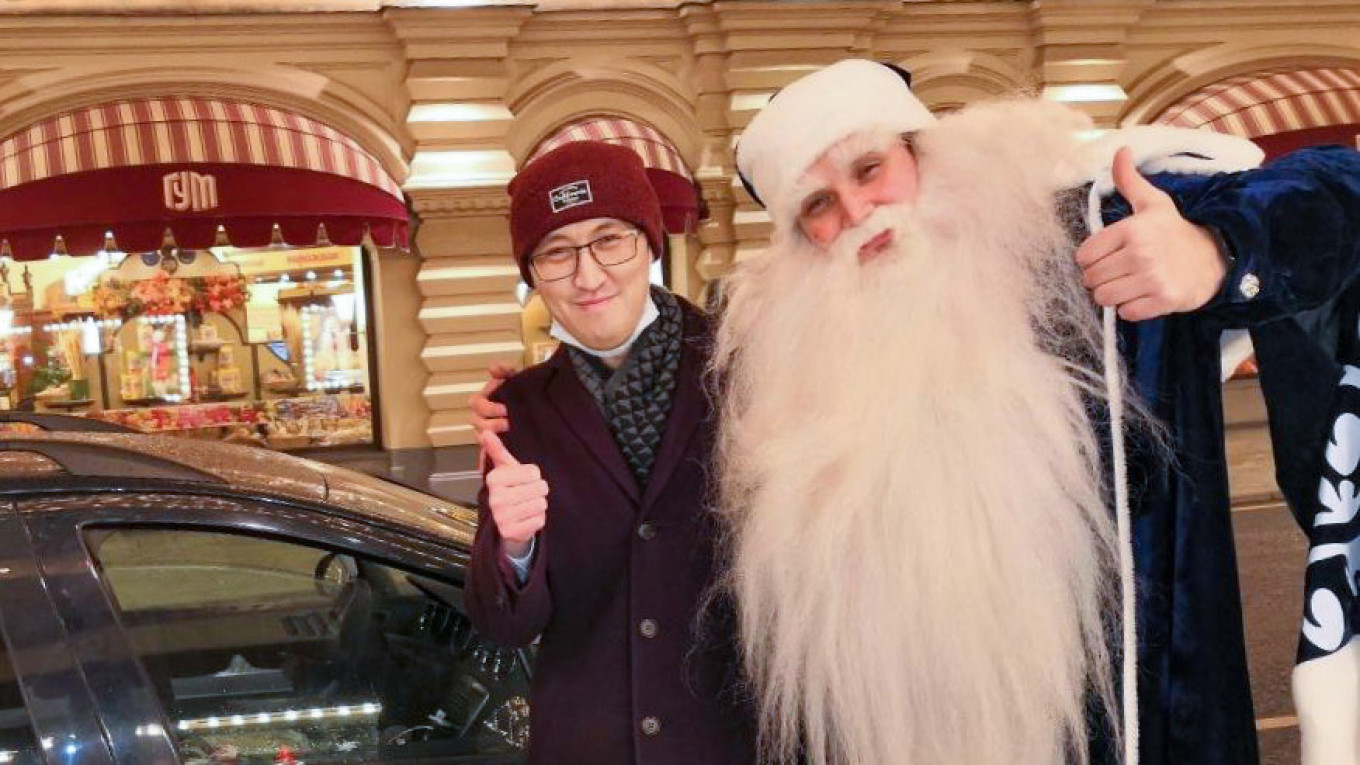 A man dressed in a Santa suit was detained on Red Square late Wednesday for staging a single-person picket against the scrapping of Moscow’s New Year celebrations due to the coronavirus, the Apologia Protesta legal aid group said.

A photo posted by Apologia Protesta showed the man dressed in a dark blue Santa Claus costume holding the sign “Ded Moroz [Grandfather Frost] Is Against Shutting Down Christmas Trees.”

Moscow’s mayor called off this year’s New Year’s Eve and Christmas celebrations and suspended mass events as part of the city’s latest restrictions to try to stop the spread of Covid-19. The Russian capital will also not hold its annual monthlong “Journey to Christmas” festival, though municipal authorities will still put up New Year decorations and lights around the city for the holidays.

A record-breaking number of Russians have been infected and killed by the virus in recent weeks amid the second wave of the outbreak.

“I’m really worried about the New Year,” the man, flanked by the two young women in elf suits, said in a video shared by Apologia Protesta as a police officer approached him.

“I really want the New Year to take place. I’m against its cancelation.”

Closer to midnight, Apologia Protesta posted an update saying the “elves” were released while the unnamed Santa faced up to 40 hours of community service and a $250 fine for violating picketing rules.