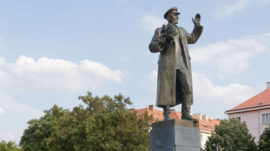 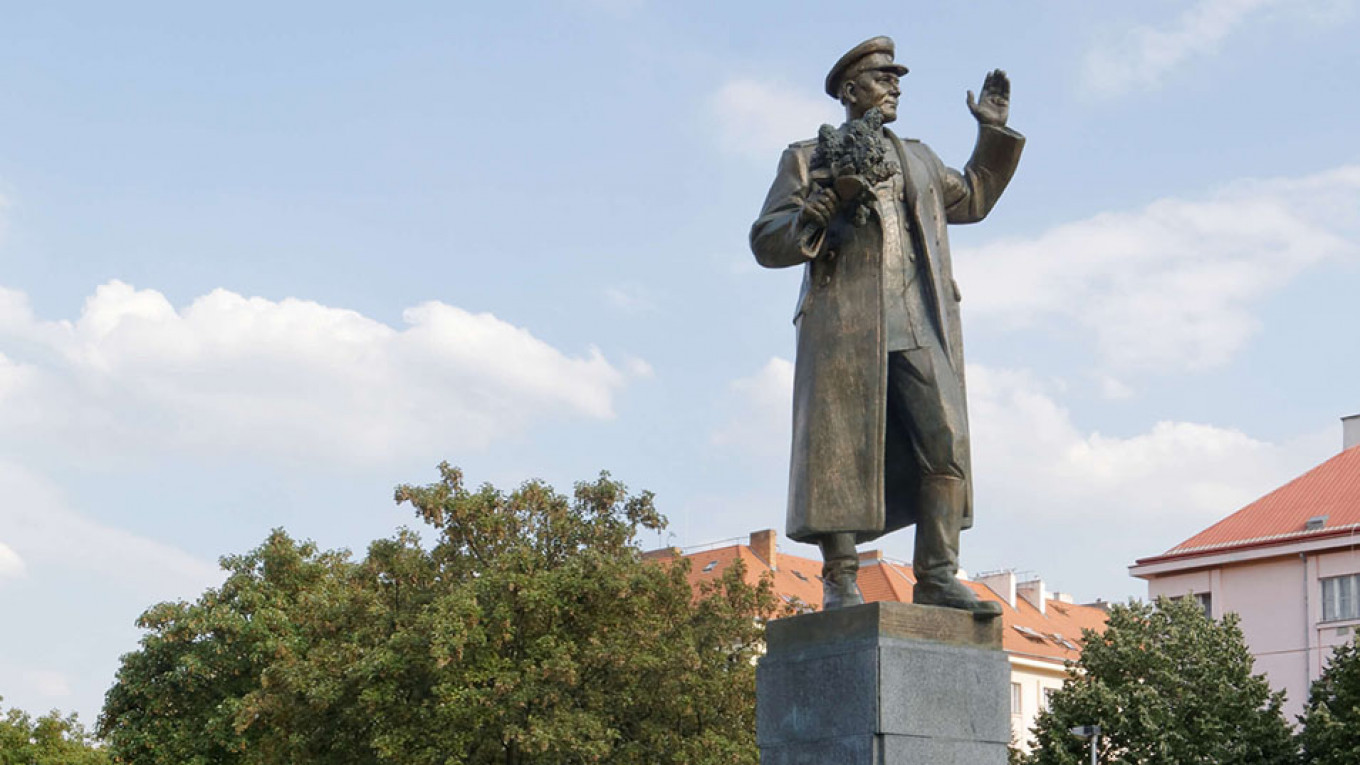 A district assembly in Prague voted on Thursday to remove a statue of a Soviet World War Two marshal and replace it with a more general memorial following a row that has drawn in the Czech president and Russian authorities.

The statue of Marshal Ivan Konev, who led the Red Army forces that liberated most of Czechoslovakia and entered Prague on May 9, 1945, was erected in 1980.

It has been the subject of controversy since the 1989 fall of communism because of Konev’s later endeavors, which included a leading role in crushing the 1956 Hungarian uprising as well as building the Berlin Wall in 1961.

Czech historians say he was involved in Russian reconnaissance efforts ahead of the 1968 Soviet-led invasion of Czechoslovakia. Russia has disputed his involvement.

The statue has been repeatedly defaced with red and pink paint in recent years, leading the Prague 6 district leadership to cover it up with tarp last month and consider its removal.

“We consider the decision today… on the transfer of the monument to Marshal I.S Konev to be egregious,” the Russian embassy in Prague said in a statement after Thursday’s vote by the assembly of the Prague 6 district of the Czech capital.

“We hope that despite today’s decision of the local authorities the monument of I.S. Konev will remain in its historical place,” the embassy said.

The mayor of Prague 6, Ondrej Kolar, had been given police protection after anonymous death threats.

He told the district assembly meeting he respected the role of Konev-led forces in liberating Prague, and the sacrifice of Soviet armies liberating Europe from Nazism.

“We will strive for an art competition for a memorial to the liberators of Prague at the end of World War Two instead of the marshal Konev statue,” he said before the vote.

“At the same time we will secure a dignified — and let me stress that, dignified — placement of this art piece (Konev) in a memorial institution. I think this is a consensual solution we have called for a number of years.”

Russia’s culture minister likened Kolar to a Nazi party official over the issue, according to Russia’s state-run TASS agency.

The Czech President Milos Zeman, who has often taken pro-Russian positions on policy, also said earlier this month that the Konev memorial should be left in place.

Soviet-era war monuments have caused a stir in other places in eastern Europe.

In 2007, protesters clashed in Tallinn and besieged the Estonian embassy in Moscow after the Estonian authorities moved a bronze statue of a Red Army soldier from its spot in central Tallinn.

In Bulgaria’s capital Sofia, a 37-meter high monument, which depicts nine Soviet soldiers advancing against the enemy, has often been targeted by vandals.