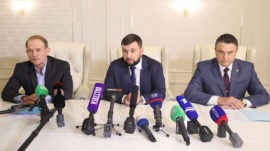 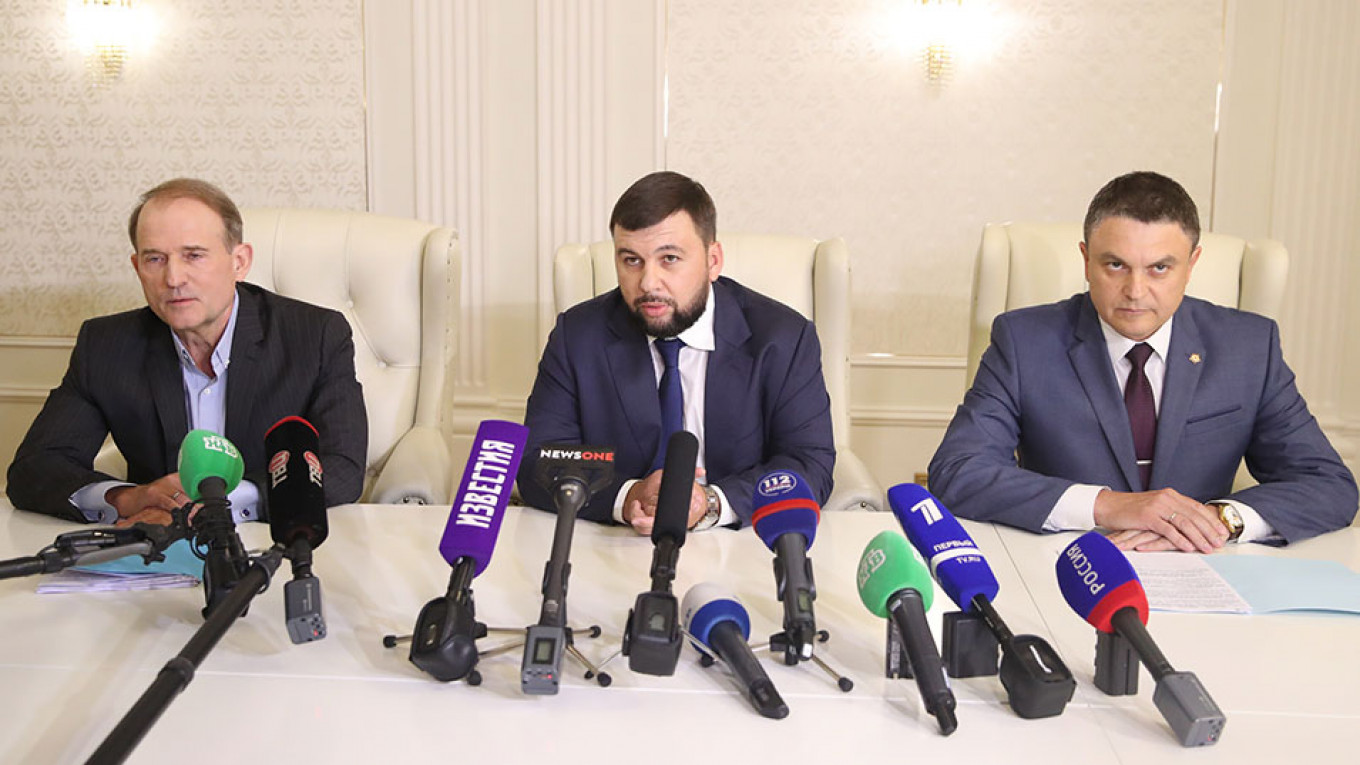 Rebels in the self-proclaimed Donetsk and Luhansk people’s republics have for the past five years been at war with government forces in eastern Ukraine. Prisoner exchanges are stipulated in an internationally brokered ceasefire agreement that has regularly been violated since entering into force in early 2015.

Donetsk and Luhansk have agreed to release the four Ukrainian captives, three of them soldiers, on Friday, the state-run TASS news agency reported.

The head of Donetsk said he hoped the move would “stimulate” an all-for-all exchange. The head of Luhansk said the time and place of the release will be announced Friday.

The latest release was reportedly negotiated by Viktor Medvedchuk, a prominent Ukrainian politician with close ties to Russian President Vladimir Putin. In 2017, Medvedchuk had urged Putin to press the separatist leaders to agree to a prisoner swap.

Later on Thursday, Ukrainian President Volodymyr Zelenskiy called on Putin to release the 24 Ukrainian sailors who were captured in the Kerch Strait, which links the Black Sea and the Sea of Azov, late last year.