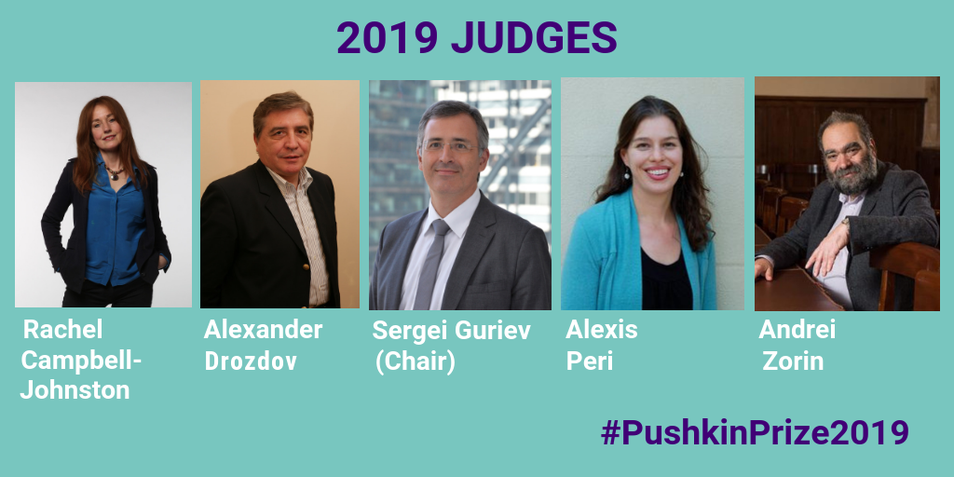 Pushkin House has launched the 7th round of its annual Book Prize, a competition which seeks to bring the finest writing about the Russian-speaking world to the attention of readers and promote an informed and nuanced debate about events, institutions and people in the past and present.

The prize recognizes excellence in works of non-fiction about Russia written in English or translated into English and published in the last calendar year. The judges look for books that bring new research to light or have an innovative approach to their subject matter, and that are written for the general audience.

Last year the award, which carries a £ 5,000 prize, was given to “The War Within: Diaries from the Siege of Leningrad” (Harvard University Press) by Alexis Peri. A second book, “Other Russias,” (Penguin) written and illustrated by Victoria Lomasko and translated from the Russian by Thomas Campbell, was given a special commendation and an award of £ 2,000.

This year the jury is chaired by Sergei Guriev, chief economist at the European Bank for Reconstruction and Development, professor of economics at Sciences Po Paris. The other members are Rachel Campbell-Johnston (chief art critic, The Times); Alexander Drozdov (executive director of the Yeltsin Presidential Center, Yekaterinburg); Andrei Zorin (professor of Russian at Oxford University and a fellow of New College); and, by tradition, the winner of last year’s prize, Alexis Peri (assistant professor at Boston University).

At present, the jury and Pushkin House staff are deluged by submissions. Clementine Cecil, the executive director of Pushkin House, told The Moscow Times that the building was “has been steadily filling with submissions for the 2019 Book Prize over the last three months. Journalists’ books about their stints in Russia are jostling with the history of smoking and Imperial tea parties. There are memoirs — from former Ambassador to Russia Michael McFaul to “Maybe Esther” by Katja Petrowskaja. It is always heartening to see the sheer amount of scholarship, passion and dedication that goes into Russia-related publishing every year.”

Jury Chair Sergei Guriev said that, “It is an honor to serve on the jury of the prestigious Pushkin House Prize. It is also a great pleasure — and a great challenge — as 2018 was an especially strong year for the non-fiction books on the past, present and future of the Russian-speaking world. I very much look forward to reading these books and the jury’s deliberations on selecting the winner.”

The first stage in winnowing down the very long list will take place on March 7 at the Judges’ Lunch, a process which, Cecil said, is generally done via “heated debate.”

The announcement of the short list of contenders will made in the spring, and the winner will be announced in June.

The Pushkin House was founded in 1954 by a group of Russian emigres to create a welcoming meeting-place “for the enjoyment, understanding and promotion of Russian culture in all its forms, and for the exchange of views in a lively, informal atmosphere, with freedom of speech a core principle.” Pushkin House continue to pursue that mission today with a wide variety of activities, lectures, concerts, film showings, classes and discussions about Russia, past, present and future.

The Pushkin House Book Prize is made possible by support from Douglas Smith, winner of the inaugural Pushkin House Russian book prize award in 2013; Stephanie Ellis-Smith, the Polonsky Foundation and the London Russian Book Club.

For more information about the Book Prize and Pushkin House activities, see the organization’s site.