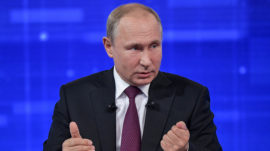 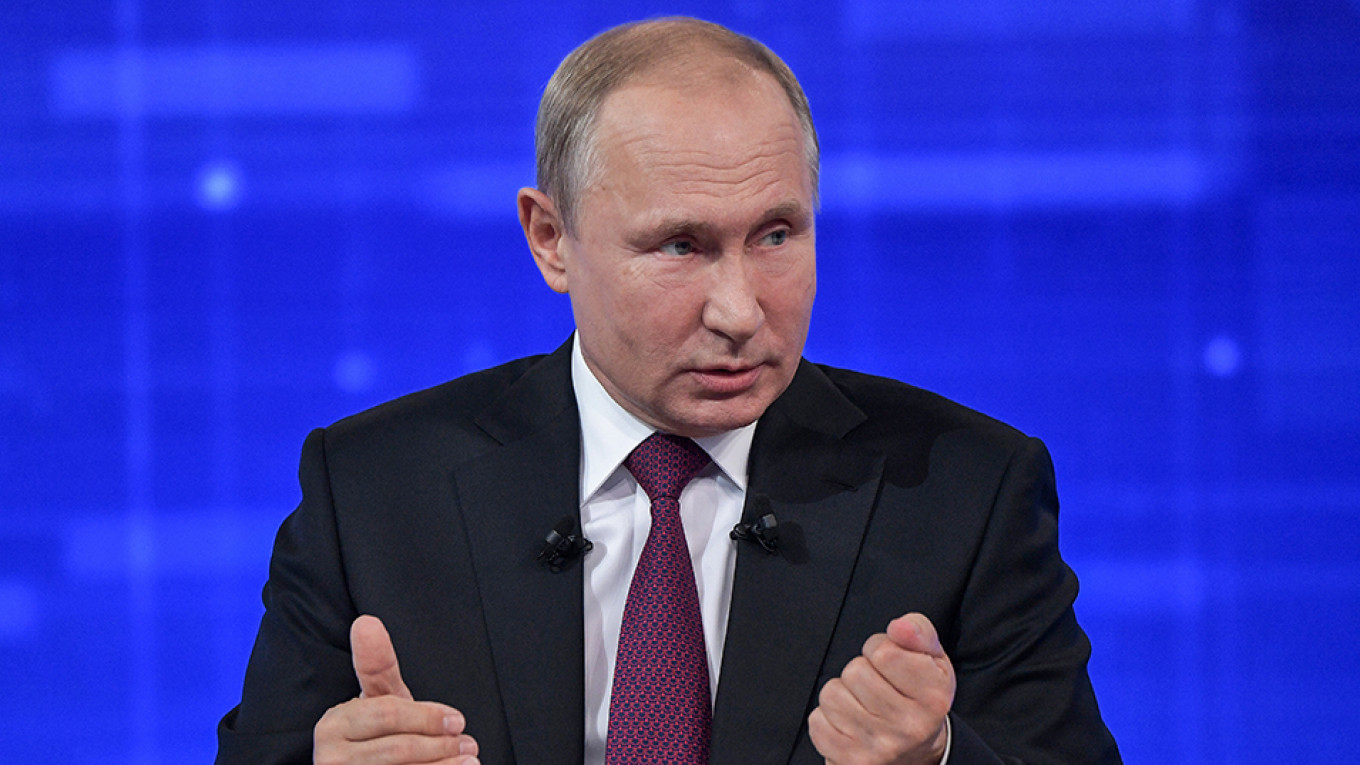 President Vladimir Putin told Russians on Thursday there were signs that years of falling real wages, which have dented his popularity, were drawing to an end and that a government programme would deliver higher living standards.

Putin, 66, in power as president or prime minister since 1999, was re-elected by a landslide last year but his high ratings have slipped over pension reforms.

In his annual televised question and answer session, Putin said low living standards, low wages, poor healthcare and worries about how rubbish was being disposed of were now the most acute problems for Russians.

One caller from the Samara region complained about the difficulty of raising a family on just 10,000 rubles ($158.07) a month. “When will life get better?,” the caller asked.

Medvedev: Pension Reform Was Hardest Decision of the Past Decade

“It’s true that real incomes have been falling for several years,” responded Putin. “The biggest fall was in 2016, but now incomes have gradually started to recover,” he said, blaming past volatility in energy markets.

A major public spending programme called National Projects would boost living standards, he said: “The results of this should be being felt this year and next year.”

The Russian leader reminded voters that for all their problems they were better off now than in the 1990s, before he came to power, when the Soviet Union’s collapse sent incomes plunging and caused mass unemployment.

“We do not have anything like in the 1990s when wages could go unpaid for half a year,” said Putin.

“We do not have inflation that back then was over 30 percent, we do not have debts which went through the roof at that time, we do not depend on the International Monetary Fund. On the contrary, our gold and foreign currency reserves are rising, they have exceeded $500 billion and keep going up.”

While Russia’s economy has been transformed during his tenure, Putin argues an ageing population coupled with a shrinking labour force has made pension reform imperative in order to keep the state’s finances healthy.

The government has raised the retirement age to 65 from 60 for men and to 60 from 55 for women and Putin’s approval ratings have suffered as a result, falling from a record high of almost 90 percent in 2015 to 64 percent now.

Some Russians used Thursday’s session — broadcast live with some questions flashed on the studio screen — as an opportunity to criticize the Kremlin chief.

Though not put to Putin directly, some of those questions asked when he’d leave office, another what the point of his annual TV appearances was if nothing improved, while another complained Putin had been in power long than Soviet leader Leonid Brezhnev and yet Russians still lived in poverty.

The sharp tone reflects what pollsters say is deep disenchantment about the economy’s prospects.

Former finance minister Alexei Kudrin, now head of the Audit Chamber, said on Sunday he was concerned about the risk of “a social explosion” if poverty levels were not cut, a comment the Kremlin criticized at the time as emotional.

Putin, whose term is not due to end until 2024, does not face an imminent political threat however despite some indications of simmering discontent.

Plans to open waste disposal facilities near populated areas have sparked protests in places, while the case of a journalist wrongly accused of drugs charges triggered a protest in Moscow this month and a rare and swift U-turn from the authorities.

In a sign of Kremlin nervousness, Russia’s state pollster last month introduced a new methodology for canvassing opinion after the Kremlin questioned its earlier findings. They had shown trust in Putin falling to 31.7% — its lowest in 13 years.

Under the new methodology, VTsIOM, the state pollster, showed public trust in Putin surging to 72.3%, a figure it said dropped slightly this month to 71.7%.