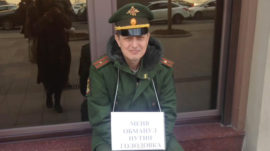 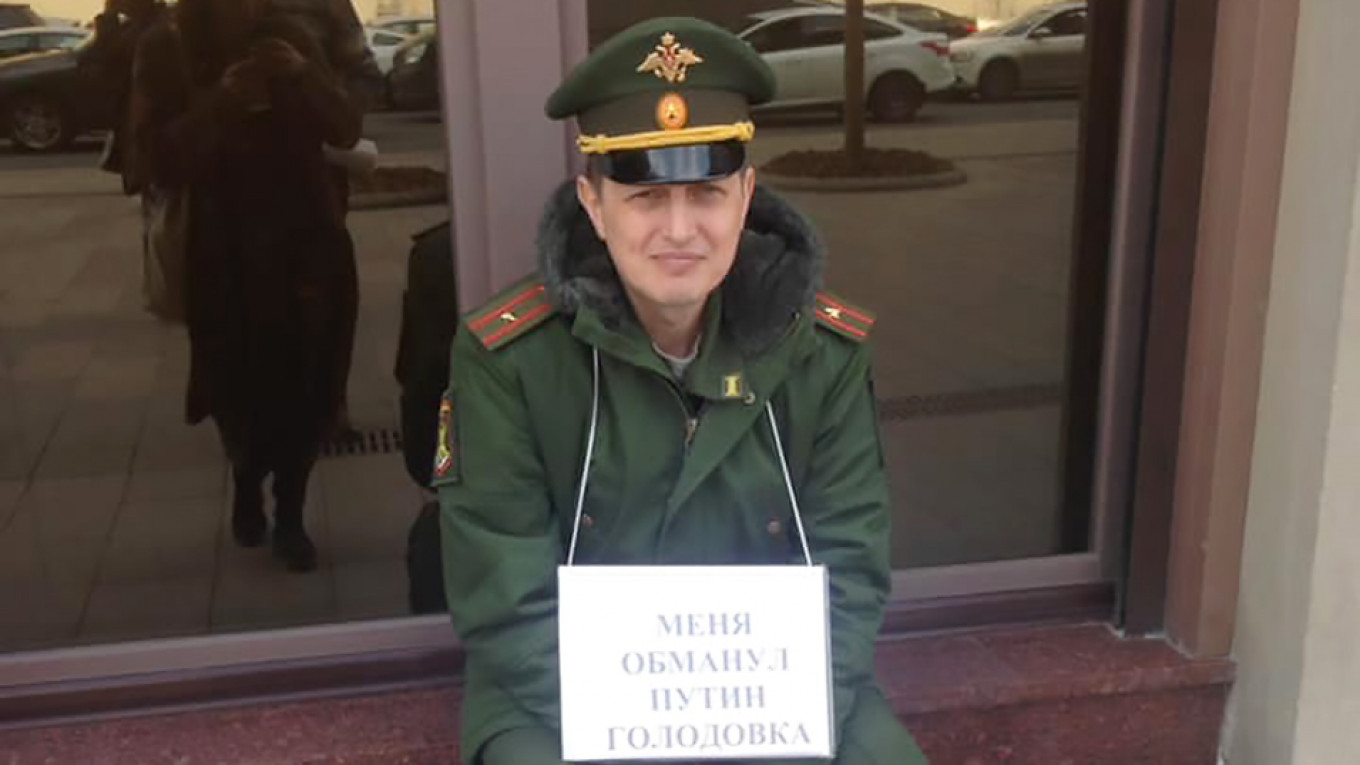 A disgruntled former officer seeking to restore his retirement benefits has been detained for at least the seventh time outside President Vladimir Putin’s administration in Moscow on Sunday.

Vladimir Skubak, a retired missile forces major, has staged one-person pickets for nearly a month on claims that he had been denied retirement allowances in 2015. He has been charged with violating public assembly rules, petty hooliganism and illegal possession of a military uniform.

“Putin lied to me. Hunger strike,” read a sign around Skubak’s neck.

On Sunday, police took Skubak into custody for at least the seventh time in two weeks, the MBKh news website reported. Skubak was released three hours later with no charges filed, the outlet added.

A court hearing in the case of Skubak’s illegal possession of a military uniform is scheduled for this Thursday, according to the Meduza news website.

Skubak staged one-person pickets outside the presidential envoy’s office in his native Novosibirsk and outside the Defense Ministry headquarters last year.

Skubak claims to be entitled to housing subsidies after 22 years in service. He says the benefits were denied to him after he ran afoul of his leadership for making an unauthorized trip to Ukraine to retrieve his teenage son in 2014.