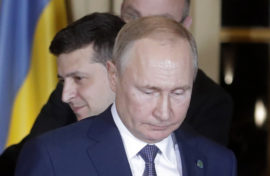 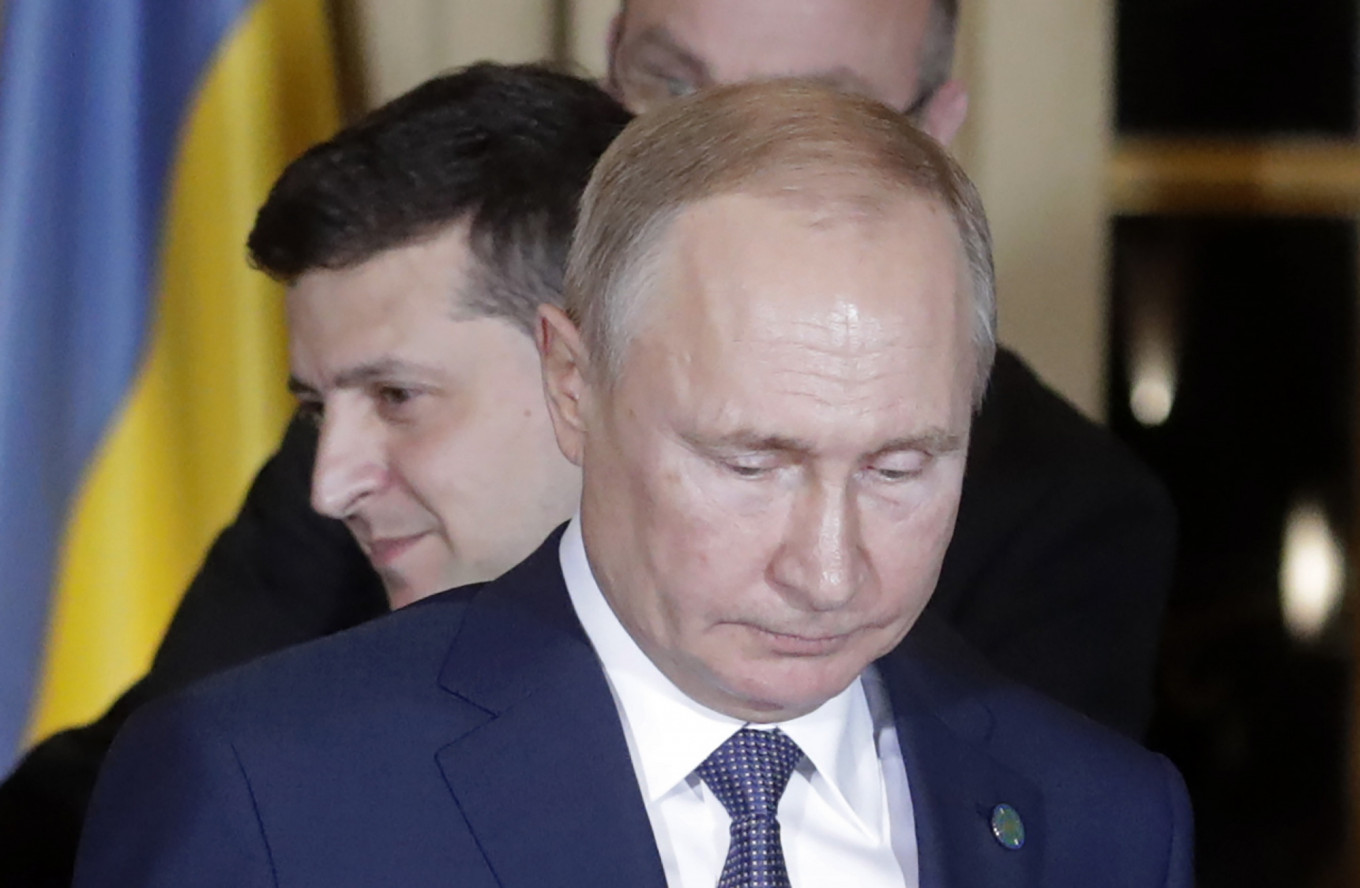 Russian President Vladimir Putin met his Ukrainian counterpart Volodymyr Zelenskiy for the first time on Monday at a summit in Paris aimed at advancing efforts to restore peace to eastern Ukraine.

Zelenskiy and Putin are holding talks together with the leaders of France and Germany in a renewed effort to end a conflict that has killed more than 13,000 people since 2014.

Diplomats however caution that the prospects for peace are bleak, with Zelenskiy, a comedian-turned-president, politically constrained at home and wary of conceding too much, and Putin showing little interest in bending to outside pressure.

After a series of bilateral meetings at the Elysee Palace, Putin and Zelenskiy entered the room for a meeting of the four leaders making little eye contact with one another and with no smiles. They did not shake hands for the cameras.

“The main issue is a question of confidence-building so that we can move towards the objective of restoring Ukraine’s sovereignty,” said a French diplomatic source.

There has been scant sign of a peaceful solution to the crisis despite a 2015 ceasefire deal in Minsk. Monday’s summit is the first time the four leaders have met under the so-called Normandy format since 2016.

Many Ukrainians are concerned about compromising with Russia. They see Putin as an aggressor seeking to restore the Kremlin’s influence on the former Soviet republic and ruin Ukraine’s aspiration for closer European ties.

Kiev wants to seal a lasting ceasefire in the Donbass region, the exchange of all prisoners, and a timeline for the withdrawal of all illegal armed forces from regions under the control of Russia-backed separatists, Ukrainian officials said.

The summit comes at a time Macron’s overtures to Putin for a reset of relations have unnerved European allies, in particular former communist countries in eastern and central European countries who cherish their European Union membership and rely heavily on NATO for their security.

French officials say the Paris summit is a test for Macron’s strategy.

“As much as I am skeptical of Macron’s view of Russia, it would have been a mistake not to try unblocking the Donbass deadlock through a Normandy summit. Now let’s see what gives (or does not),” said Brune Tertrais, deputy director of the Paris-based Strategic Research Foundation.

Key to the Minsk accords succeeding are elections in the disputed eastern Donbass region of Ukraine, diplomats say. But both sides accuse each other of failing to stick to the 2015 deal, which includes restoring Ukrainian state control over the entire border with Russia and the withdrawal of heavy weaponry from the conflict zone.

Putin and Zelenskiy, in First Talks, Agree to Exchange PrisonersROSATOM and Delo Group signed documents on joint development of the transportation and logistics business