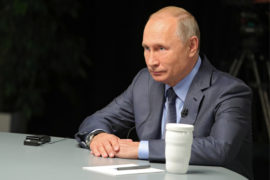 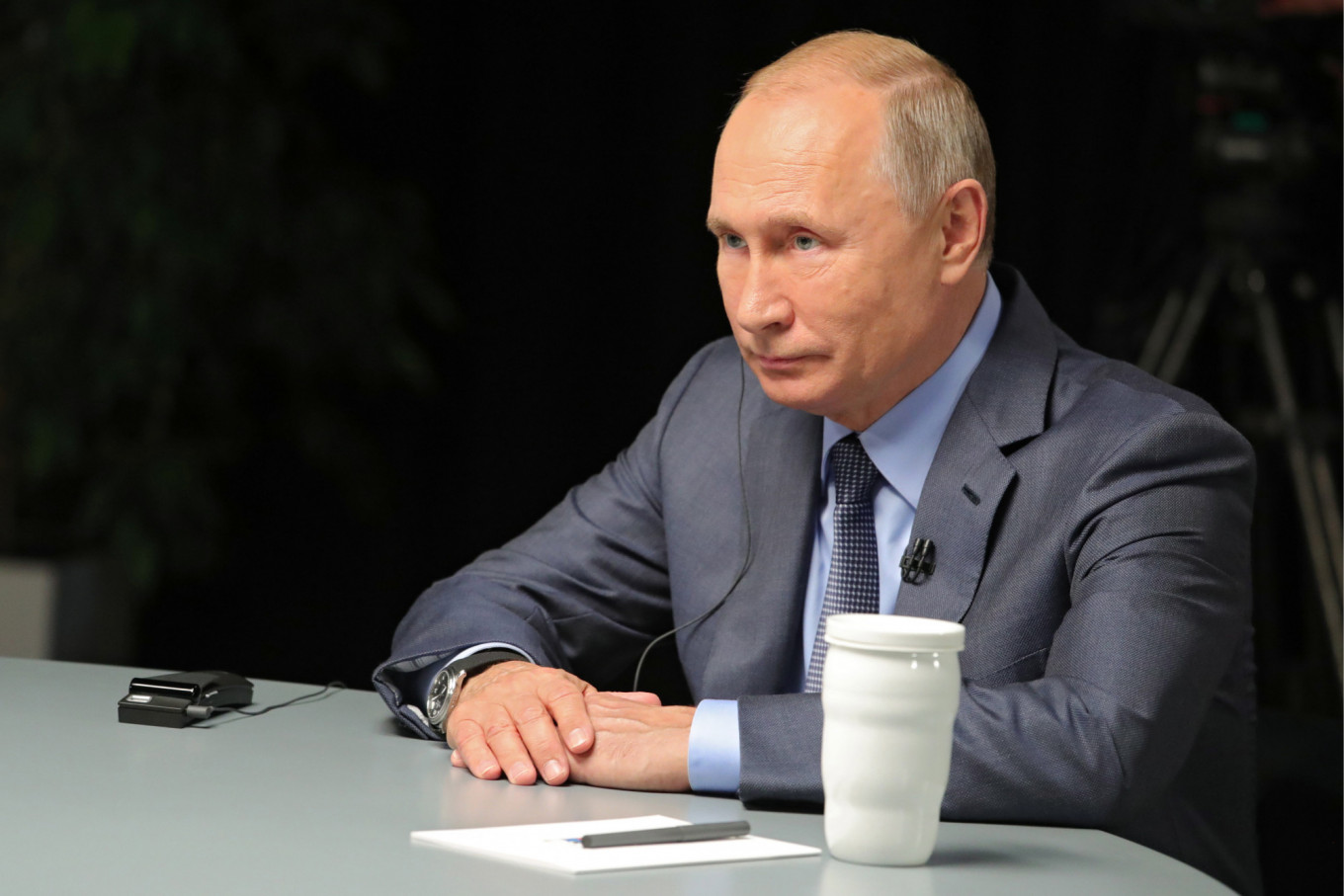 Russia can play a positive role in easing tensions in the Gulf following a spate of attacks in the region, President Vladimir Putin said in comments published on Sunday before his first visit to Saudi Arabia in over a decade.

He cited good Russian ties with Gulf Arab states and Iran in an interview with Arab broadcasters, but said he had no reliable information about who was behind attacks on Saudi oil facilities on Sept. 14 which stoked tension and rattled oil markets.

Yemen’s Houthi movement said it was behind the drone and missile strikes, but Riyadh and Washington blamed Tehran, which denied responsibility.

The attack exposed big gaps in Saudi air defenses, prompting the United States to send around 3,000 more troops to the kingdom.

“It is wrong to determine who is guilty before it is known reliably and clearly who is behind this act,” Putin said, adding that he had agreed to help investigate.

“Imagine, we don’t know. The next day, I asked the head of the foreign intelligence service and the defense minister. ‘No, we don’t know’,” he said according to an Arabic-language transcript provided by Saudi-owned Al Arabiya television.

Putin is due to arrive in Saudi Arabia on Monday and will hold talks with King Salman and Crown Prince Mohammed bin Salman before leaving for the United Arab Emirates on Tuesday. Russia and Saudi Arabia are two of the world’s biggest oil producers.

Tensions in the Gulf have risen to new highs since May 2018, when the United States withdrew from a 2015 international nuclear accord with Tehran that put limits on its nuclear program in exchange for the easing of sanctions.

President Donald Trump has reinstated U.S. sanctions, increasing pressure on Iran’s economy, and there have been attacks on Saudi Arabia and in Gulf waters that Washington and close allies have blamed on Iran. Tehran denies responsibility.

Putin said such attacks strengthened cooperation between oil producers inside and outside OPEC, an alliance known as OPEC+, and that Russia — which is not in OPEC — would work with its partners to reduce attempts to destabilize markets.

Saudi Minister of State for Foreign Affairs Adel al-Jubeir, in a media briefing, said Riyadh was not behind a suspected strike against an Iranian-owned oil tanker in the Red Sea on Friday.

Pakistan’s prime minister is visiting Tehran and Riyadh this week to try to facilitate talks.

Putin said the region’s rival leaders did not need advice and mediation.

“You can only talk to them out of friendship,” he said. “I know that they, being smart, will listen and analyze what they are told. In this context we can play a positive role.”

He said he had “very friendly personal relations” with Prince Mohammed, the de facto Saudi ruler.

Asked whether Moscow supported a return to negotiations with Iran to limit its missile program as Trump has called for or enforcing the nuclear deal first, Putin said the two issues should be dealt with separately.

“Most likely it (the missiles) can and should be discussed … The missile program is one thing and the nuclear program is another thing,” he said. “Of course, this is necessary, but there is no need to merge one with the other…”

On Syria, where Russia and Iran have been key allies of President Bashar al-Assad during the country’s civil war, Putin said any new constitution that is drawn up should guarantee the rights of all ethnic and religious groups.

A congress convened by Russia last year tasked the United Nations envoy for Syria with forming a committee to draft a new constitution, after many rounds of talks to end the war failed.

Defense Secretary Mark Esper said Washington was poised to evacuate about 1,000 troops from northern Syria after Turkey began an offensive against Kurdish forces in the border area. He told CBS the Kurds were looking to cut a deal with the Syrians and Russians to counterattack against the Kurds.

Turkey says it aims to set up a “safe zone” to resettle Syrian refugees but the offensive has raised international alarm over the possibility of Islamic State militants escaping from Kurdish-run prisons.

Putin said Moscow did not blame Trump for not improving U.S.-Russian relations, blaming the lack of progress on the “internal political agenda”.

Russia Takes Part in Talks Between Syria and Kurdish-Led SDFPutin Says Trump Not to Blame for Lack of Improvement in Russia-U.S. Ties