Putin Rushes to Move on From Virus With Vote on Reforms 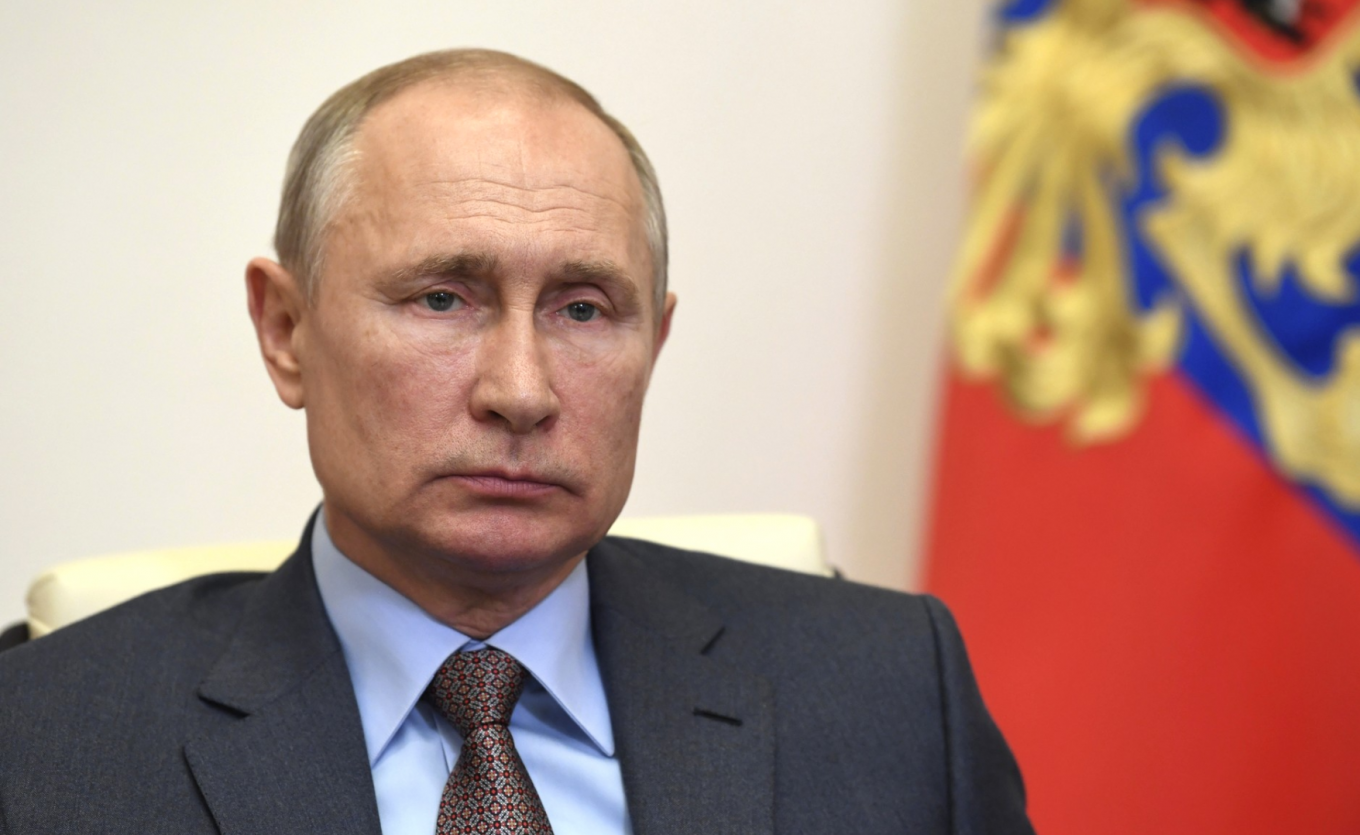 It took less than a week after he said Russia’s coronavirus crisis had peaked for President Vladimir Putin to fast-track a vote on constitutional reforms allowing him to serve more Kremlin terms.

By pushing ahead with the public vote on July 1 — despite Russia still recording thousands of new cases every day — Putin is looking to regain control of a political agenda forced aside by the pandemic, analysts say.

He wants to turn the page on a crisis that critics say was badly managed and which dented his approval rating, while limiting opportunities for opposition protest.

But in doing so, he risks undermining the legitimacy of the vote.

The Kremlin “needs to get it over quickly while people haven’t fully grasped the consequences of the epidemic and are happy that life is getting back to normal,” said Konstantin Kalachev, who heads the Political Expert Group, a Russian think tank.

“People will just have shaken off a bad mood and won’t yet be aware of any repercussions,” said Alexander Baunov of the Carnegie Moscow Center.

Putin currently cannot stay on as president beyond 2024 because he can only serve two consecutive terms.

If passed, the changes to Russia’s basic law would wind the acting president’s terms back to zero.

The vote is not the only example of Putin hurrying to return to his pre-virus agenda and put the pandemic behind him.

His first move as daily cases began falling was to reschedule a Red Square military parade postponed from May 9. It will be held June 24, a week before the constitutional vote.

The Kremlin is hoping the event for the 75th anniversary of the end of World War II in Europe will boost the public mood and encourage turnout.

“They’re counting on the mobilizing effect of the victory parade,” daily newspaper Vedomosti reported, citing a source close to the Kremlin.

The constitutional vote was originally set for April 22, after Putin announced the reforms earlier this year and they were quickly approved by Russia’s two houses of parliament.

Opinion polls show public interest in the vote has waned as the coronavirus took center stage.

Any further delay will mean people have a stronger sense of the economic impact of the virus including job losses, analysts said.

‘Dangerous to hold a vote’

The July 1 date is nevertheless a high-risk decision since Russia’s epidemic is far from over.

Daily new cases are relatively stable, but still at around 9,000. And the official death toll is rising, though far below mortality rates seen in countries with similar rates of infection.

Russia’s chief electoral official Ella Pamfilova has promised voting “will be safer than popping out to the shop.”

Yet vote monitoring group Golos said that plans to check voters’ temperature and hold outdoor voting show officials realise “how dangerous it is to hold a vote in a time of pandemic.”

Opposition politician Lyubov Sobol tweeted: “To wind back his clock, Putin is willing to risk people’s lives and health.”

It’s unclear how exactly the vote will fit with strict lockdowns in place in many regions into June.

Putin has acknowledged failures in efforts to curb the spread of the coronavirus outbreak. One poll in April showed his approval rating falling to a historic low of 59%.

“There is less public enthusiasm” towards Putin, said Baunov. “And now he is offering an official plebiscite on the leadership, on himself.”

Going to the polls amid coronavirus restrictions has raised fears of widespread falsifications.

“The only problem will be with legitimizing the result,” said Kalachev, predicting disbelief and protests if the “yes” vote is overly high.

Electoral chief Pamfilova ruled out a postal vote, citing the risk of potential “scandals” and the result being “placed in doubt.”

Online voting may be used in a few regions, she said.

Golos argued that anti-virus measures “have opened up unlimited opportunities for falsifying the vote.”

Mask-wearers could pull off repeat voting, while regular disinfection of polling stations offers a “great chance” for ballot stuffing, it said.

In the run-up to the vote, police have cited lockdown measures to halt even one-person protests by opponents of the amendments.

Russia’s Constitution was drawn up under Putin’s predecessor Boris Yeltsin and Kremlin critics often call for its terms to be observed.

Putin long insisted he did not want amendments to alter limits on presidential terms.

In a last-minute twist, in March he bowed to a plea from MP Valentina Tereshkova, the first woman in space, and agreed to a clause allowing his previous terms not to be counted.