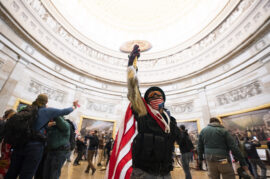 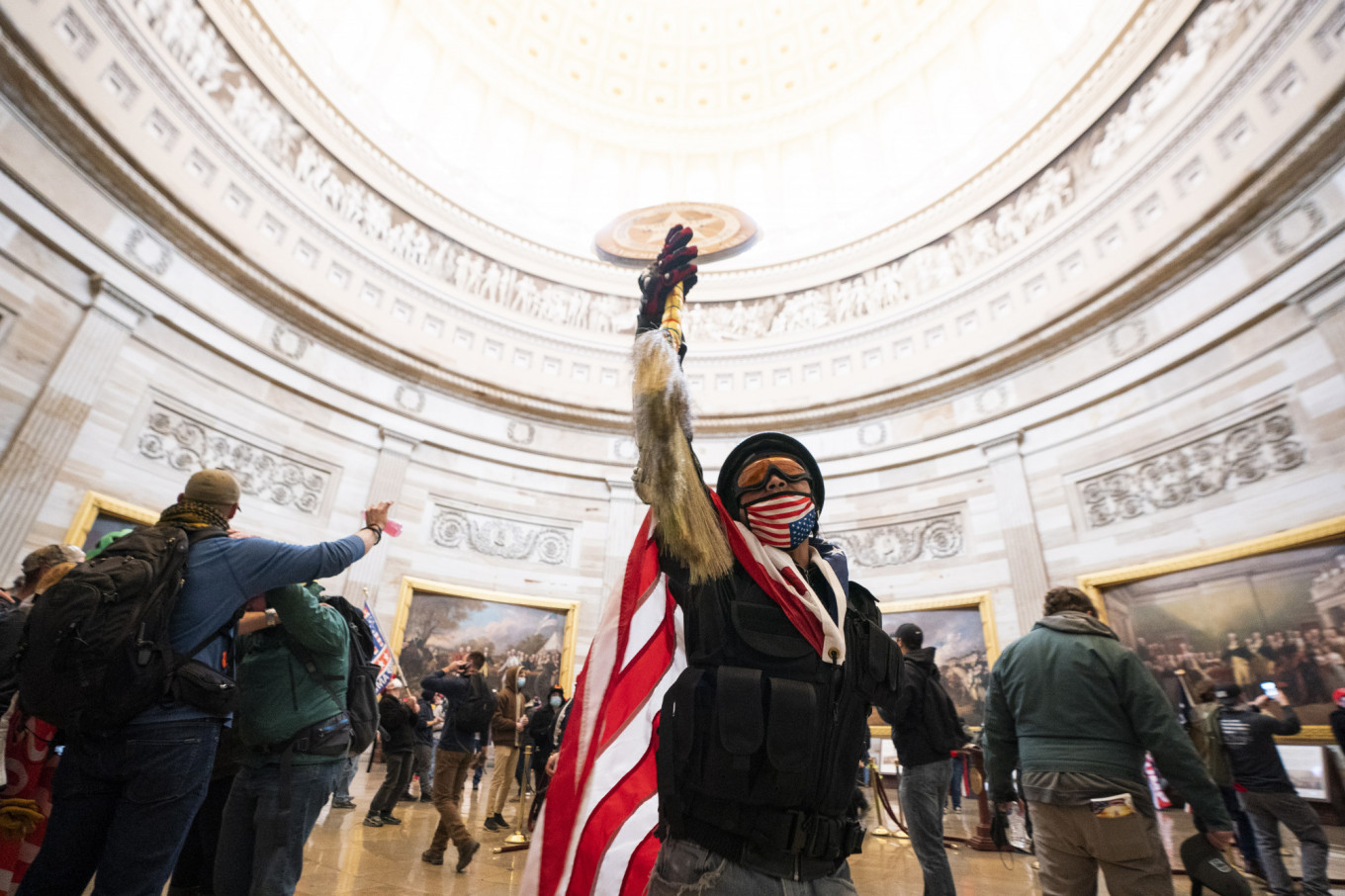 President Vladimir Putin made no statement on the unprecedented chaos in the United States when he spoke briefly with journalists after attending an Orthodox Christmas service in a remote medieval church late Wednesday.

A rampaging mob of Trump supporters stormed a session of Congress to certify Joe Biden’s election win, triggering violence and accusations the president was attempting a coup.

World leaders expressed shock and outrage at the events, with French President Emmanuel Macron saying “What happened today in Washington is not American,” and British Prime Minister Boris Johnson condemning the “disgraceful scenes.”

Here are the reactions so far from Russian public figures and politicians:

— Russia’s Foreign Ministry spokeswoman Maria Zakharova simply shared former CNN Moscow bureau chief Jill Dougherty’s tweet arguing that the U.S. “will never again be able to tell the world that we are the paragon of democracy.”

“American democracy is obviously limping on both legs… The holiday of democracy is over. This is sadly a new low, I say this without a shadow of malice. America is no longer plotting a course and has thus lost all rights to set one, let alone impose it on others.”

“Be strong, Donald, we’re with you, the outside world will help you.”

— Dmitry Polyansky, deputy UN envoy (retweeted by the official account of Russia’s mission to the UN):

“Why do you call storming by protestors of U.S. Capitol ‘domestic terrorism’ and similar and much more bloody events in Kiev in 2014 ‘revolution of dignity’?”