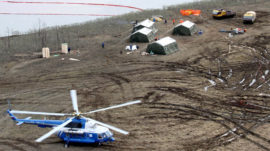 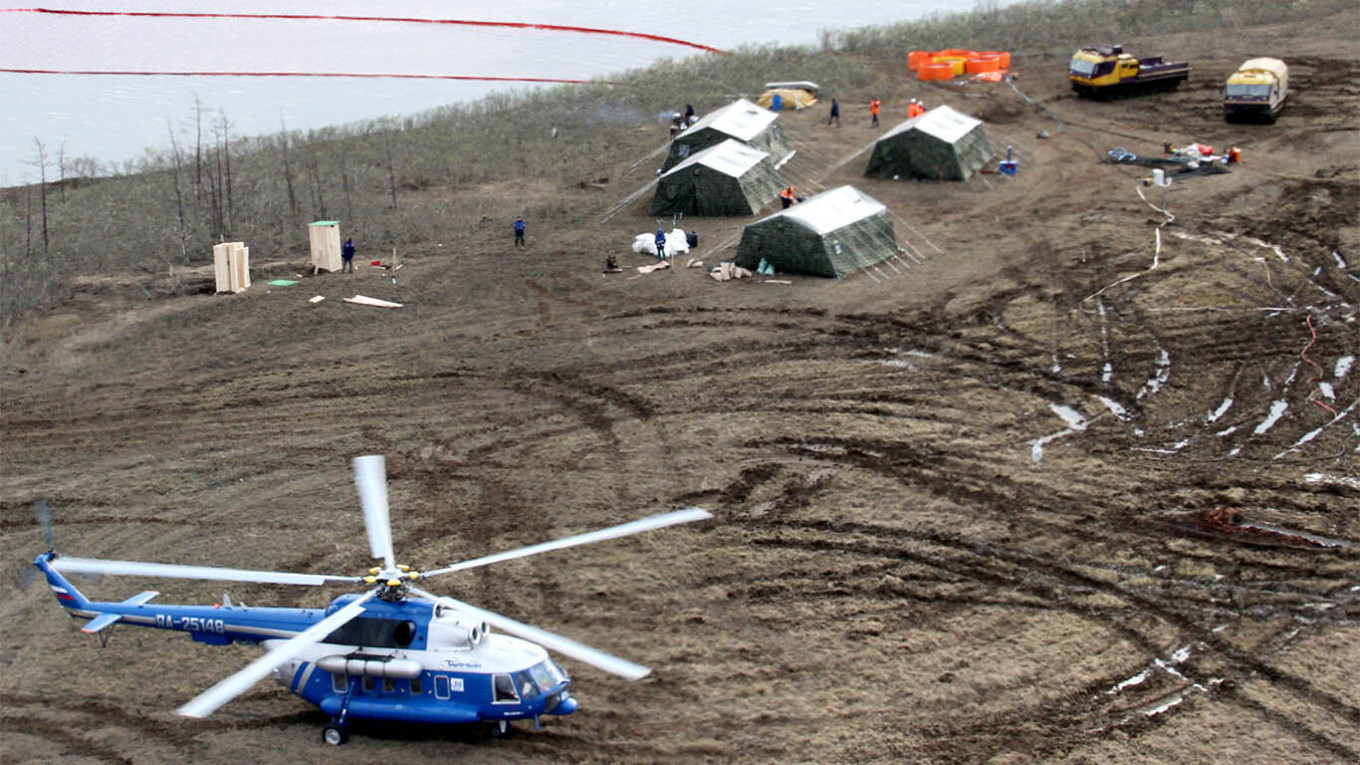 Russian President Vladimir Putin on Friday said he expected metals giant Norilsk Nickel to fully restore the environment after an unprecedented Arctic fuel spill, as responders said they had managed to stop the slick from spreading further.

A national-level state of emergency was announced after 21,000 tons of diesel fuel spilled from a reservoir that collapsed last Friday outside Norilsk, polluting huge stretches of river in remote tundra with bright red patches visible from space.

The metals giant, which owns the reservoir through a subsidiary, tried to contain the damage on its own for two days before specialists were called in from companies and agencies across Russia, the delay making Putin furious this week.

An emergency ministry spokeswoman told AFP on Friday that the spill had been contained and was not spreading any further.

Speaking with officials at the site by video call, Putin told Norilsk Nickel chief Vladimir Potanin he expected the company to pay for a comprehensive cleanup.

“It’s necessary to carry out all the compensatory measures to restore biodiversity and the environment,” he said, pointing out that had the company replaced the old reservoir, it would not be faced with such expenses now.

He said condition of all similar structures “should be carefully analyzed” in the country.

Potanin estimated that the operations would cost about 10 billion rubles ($146 million), on top of any fines.

“We will spend whatever is needed,” said Potanin. “We will return the ecosystem back to normal.”

Investigators are probing the accident on three different charges, and have arrested one person who works at the power plant where the reservoir is located.

Russia’s environmental watchdog is calculating damage to the environment, its chief Svetlana Radionova said, calling the accident “unprecedented in scope.”

Environmentalists said the oil spill was the worst such accident ever in the Arctic region and the second worst in modern Russian history.

The Ambarnaya River, which is affected by the spill, feeds into Lake Pyasino, a major body of water and the source of the Pyasina River that is vitally important to the entire Taimyr peninsula.

Satellite images released by the European Space Agency and Russia’s Roscosmos show a large spot of reddish fuel had traveled over 20 kilometers (12 miles) toward the lake up the river, where the main cleanup effort was located.

Spill responders have managed to contain its spread with floating barriers to prevent it from reaching the lake, and are now scooping up the liquid, which will be stored in sealed tanks until the ground freezes in winter, Emergencies Minister Yevgeny Zinichev said.

The emergencies ministry said Friday it had removed more than 200 tons of the fuel.

But Russia’s fisheries agency and some environmentalists have said that the barriers are unable to stop the majority of the pollution, which can quickly dissolve or sink.

The area has been pummelled by decades of pollution from metals production and other industrial activity in Norilsk, and World Wildlife Fund expert Alexei Knizhnikov said local residents, who include indigenous groups like the Nenets, have long since stopped fishing in the river.

Rivers around Norilsk, which is Russia’s most polluted city, were previously colored red on several occasions because of accidents or runoff of substances from Norilsk Nickel’s main plant.