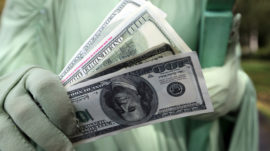 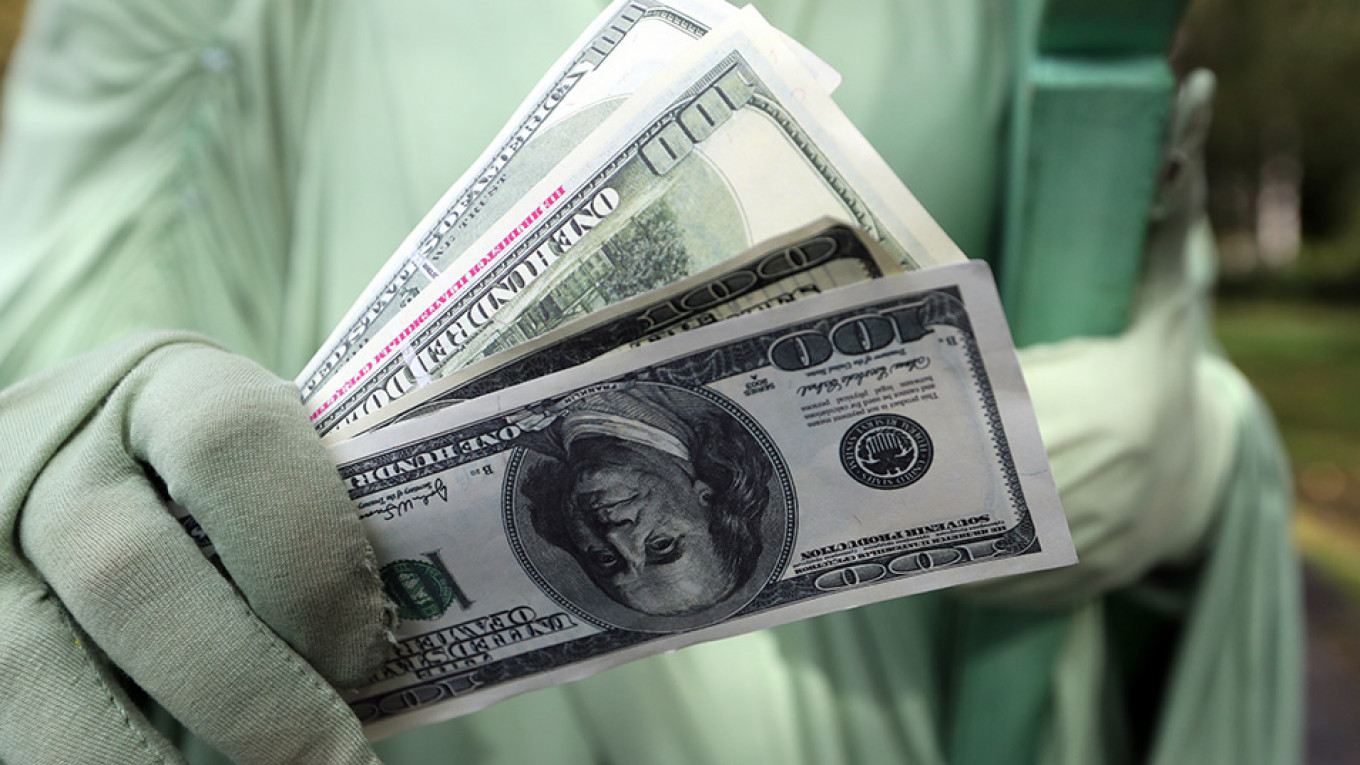 The first year of President Vladimir Putin’s experiment in diversifying away from the U.S. dollar cost Russia about $7.7 billion in potential returns.

Russia’s central bank added exposure to underperforming currencies such as the euro and yuan just as it missed out on a 6.5% rally in the greenback.

If it had maintained the previous dollar-heavy structure of its $531 billion reserves, gains for the year through March would have totaled around 3.8%, according to Bloomberg calculations.

“This is the economic cost of addressing geopolitical concerns,” said Elina Ribakova, deputy chief economist at the Institute of International Economics in Washington. “It’s hard to judge yet if it was worth it. There was a cost this year, but it’s a long-term investment.”

Russia’s central bank publishes the data with a six-month lag, so more recent numbers are not yet available.

The Race to Grab Russia’s Reserves

Putin’s dollar dump in the second quarter of last year was part of a broader strategy to de-dollarize the Russian economy and lower its vulnerability to U.S. sanctions amid deteriorating relations with Washington. The diversification made Russia the biggest holder of yuan reserves globally, accounting for about 70% of the total, according to Goldman Sachs.

The move was a “necessary step” in the face of rising geopolitical tensions, Bank of Russia Governor Elvira Nabiullina said in May. “We aren’t currency speculators, we’re not trying to make short-term money from fluctuating exchange rates,” she added.

Still, completely eliminating the dollar from reserves would involve “excessive risks” because dollars could be needed in a crisis to cover debt obligations, Alexey Zabotkin, the head of the Bank of Russia’s monetary-policy department said Monday, according to Interfax.

The big Chinese bet wasn’t all bad news for Russia, as the currency losses were partly offset by higher returns on China’s local bonds — 4.4% in the year through March, compared with 1.4% for U.S. Treasuries, according to a report published on the central bank’s website.

Russia has also been shrinking the role of the dollar in its trade with the European Union, China and India. The share of euros in Russian exports to the EU climbed to 42% in the first quarter of this year from 32% a year earlier, according to central bank data. State oil giant Rosneft tendered to sell a cargo of crude in euros for the first time this month.

Some of the losses incurred from holding yuan and euros will have been offset in the last few months by Russia’s growing holdings of gold. The value of the nation’s gold jumped about 40% to more than $100 billion in the past year and the metal now makes up the biggest share of Russia’s total reserves since 2000.

Currency and gold purchases meant that Russia’s total reserves grew by $27 billion in the year through March.

“It would have been hard to forecast the extent of the trade tensions at the beginning of the year,” Ribakova said. “They are trying to develop trade with China so it does make sense to keep some money in yuan.”