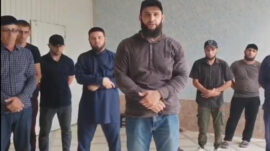 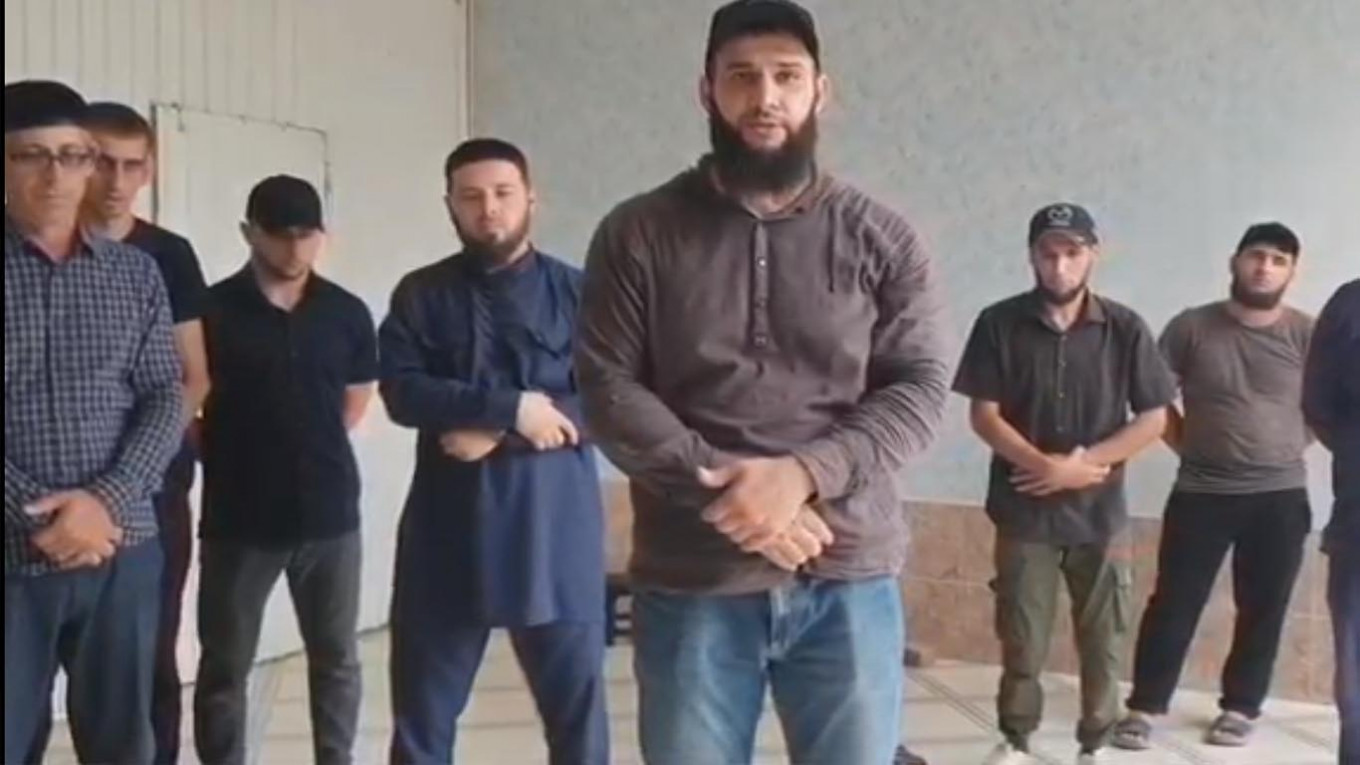 The extended family of a Chechen dissident murdered in Austria earlier this month has claimed responsibility for his killing and attempted to absolve the Russian region’s Kremlin-backed leader.

Two ethnic Chechens were arrested after the body of Chechen leader Ramzan Kadyrov’s reported “personal foe” Mamikhan Umarov, 43, was found in Vienna on July 4. Suspicions immediately fell on the southern Russian region’s longtime ruler as it was the fourth attack and third murder of a Kadyrov critic in Europe.

In a video address published Wednesday, a group of around a dozen men identifying themselves as Umarov’s relatives said they “had to stop” him from leveling “unforgivable insults,” according to a translation by the Kavkazskiy Uzel (Caucasus Knot) news website.

The men “admitted that they did not control their fugitive relative and so they had to stop him according to the ancient Chechen customs in order to remove the stigma from their family.”

The family apologized to Kadyrov and “repented before all Chechens for the unforgivable insults he had inflicted on the whole people.”

Austria was reported to have granted Umarov political asylum after he fled Chechnya in 2005. Some time before his death, Umarov went public with anti-Kadyrov YouTube videos, one of which dared Kadyrov to find him and kill him.

Kadyrov, who denies ordering the string of killings across Europe, accused his critics of being paid by and then killed by foreign intelligence agencies. He warned other Chechen bloggers critical of Russia and his own rule of a similar fate.

The Caucasus Knot cited a senior Chechen figure in Austria as dismissing the video address as “absurd.”

“The relatives were forced to take the blame for the murder of the blogger,” Khusein Iskhanov, the head of the Chechen separatist diaspora’s cultural association in Austria, told the outlet. “The authorities are trying to expose the political murder as some sort of domestic conflict.”

The attacks come amid growing concern over the security of Chechen dissidents living in Europe and elsewhere. Chechens have fled into exile in recent years over disagreements with Kadyrov, the region’s second major wave of emigration after the first wave triggered by two separatist wars with Russia in the 1990s.

Critics accuse Kadyrov, a close ally of President Vladimir Putin, of carving out a state within a state and committing human rights abuses.