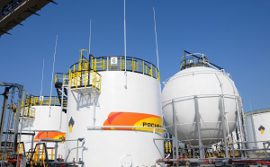 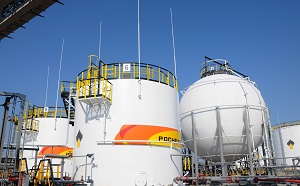 The event was attended by more than 30 analysts from global investment banks (including Bank of America Merrill Lynch, Morgan Stanley, Goldman Sachs, UBS, Credit Suisse, JP Morgan) and portfolio managers from investment funds (including Capital, HSBC Global AM, AIG AM, Thiel Capital, RWC Partners, Elysium Capital, Prosperity Capital Management) from the USA and European countries with total assets under management worth about $1.5 trillion. 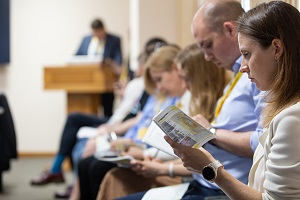 As part of the event, a number of meetings with top managers of the Company and its subsidiaries were held. Investors’ questions regarding the Rosneft-2022 Strategy, initiatives to increase shareholder value, development prospects, and the Company’s current production and financial results were answered by First Vice President Eric Liron and Vice President for Refining, Petrochemical, Commerce, and Logistics Didier Casimiro.

Effective coordination with the investment community is one of the key priorities of the Company. Rosneft upholds the highest standards in investor relations. The tour for analysts and investors to the core production facilities and their regular communication with the management contribute to improving the transparency of Rosneft’s activities for the investment community. The market’s understanding of the unique resource base, high-quality asset portfolio, and growth prospects is the foundation for a further increase in the Company’s shareholder value. 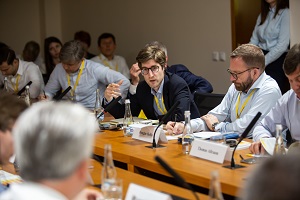 The main theme of the event was the Company’s development strategy in Eastern Siberia. During the event, the analysts visited core facilities of Angarsk Petrochemical Company—those operating and being constructed, including complexes for diesel and gasoline hydrotreatment and catalytic cracking, and also the sulfuric acid alkylation complex. Also, during the visit, fire drills were held at a specially created training ground, which demonstrated the Company’s compliance with high standards of HSE.

In addition, the tour’s participants were briefed on the results of current activities and the complex modernization programme of the Angarsk Petrochemical Company, which will result in the increase in the conversion rate to 85.9% from the current 81.4 %, production growth of motor fuels by 1.8 times, and total refining throughput growth up to 9.5 million tonnes, by 2020.

Taas-Yuryakh Neftegazodobycha is developing the Srednebotuobinskoye oil and gas condensate field, which is one of the three largest assets of Rosneft in the Eastern Siberia oil cluster. There are plans for the annual output of the field to reach five million tonnes in 2020.

Verkhnechonskneftegaz is developing the Verkhnechonskoye oil and gas condensate field located in Katangsky District of Irkutsk Region. It is one of the largest fields in Eastern Siberia. Its 3P oil reserves amount to 193.8 million tonnes, gas reserves to 92.4 billion cubic metres (according to PRMS classification). The commercial production at the field started in 2008. Prospects for the development of the asset are associated with the monetization of its gas potential, as well as with the development of 15 nearby license areas located in Irkutsk Region and Krasnoyarsk Territory.

Taas-Yuryakh Neftegazodobycha is developing the Central Block and Kurungsky license area of the Srednebotuobinskoye oil and gas condensate field located in the Republic of Sakha (Yakutia). Its 3P hydrocarbon reserves amount to 281 million tonnes of oil equivalent (according to PRMS classification). The project’s equity holders are Rosneft (50.1%), BP (20.0%), and a consortium of Indian companies (29.9%).