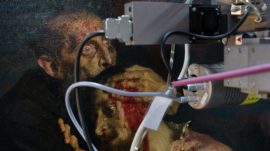 The Tretyakov Gallery describes work to repair the damaged painting 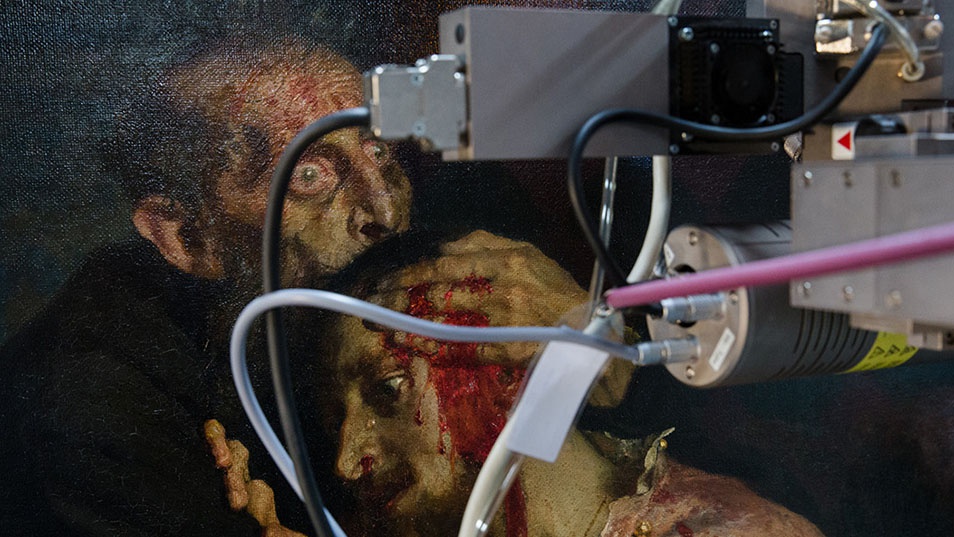 In May 2018, disaster struck in the Tretyakov Gallery. On a Friday evening just before closing time, a man ran into the almost empty hall of works by Ilya Repin, picked up a metal stanchion and bashed the glass-enclosed painting, “Ivan the Terrible and His Son Ivan November 16, 1581.”

The assailant broke through the glass and ripped the canvas in three places. Later he said he attacked the painting “because it distorts historical facts.”

Recently the restoration department of the Tretyakov Gallery met with journalists to describe the first stage of the work: a comprehensive analysis of the painting and damage and development of a plan for restoration.

The good news is that the specialists at the museum believe that they can fully restore the painting.

The bad news is that it will take years. 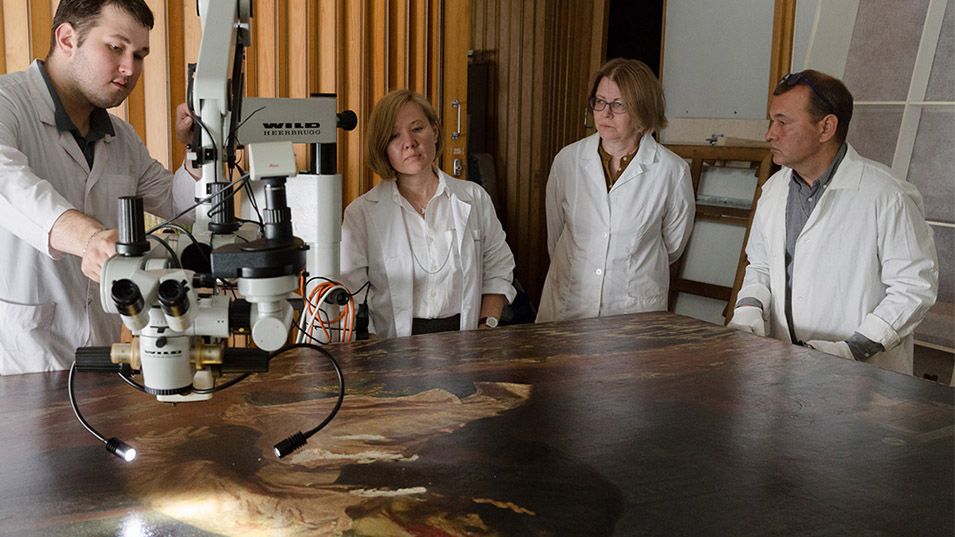 ‘It could have been worse’

Most of the last six months have spent examining every millimeter of the painting by X-rays, ultra-violet and ultra-red imaging to map all the damage from the incident. The restorers also analysed and determined the chemical and physical qualities of the paints and the canvas’ state of preservation in general.

Yulian Khalturin, the head of the department of integrated research, told The Moscow Times that the damage could have been much worse. The glass corpus, which provided constant climate control for the painting, took much of the force of the blow. Had there not been any glass covering, the stanchion would have gone deeper into the canvas and the damage would have been more extensive. However, the painting did suffer from a multitude of minuscule scratches from glass shards.

That said, certain characteristics of the painting itself complicate the restoration work. The first is simply the vast size of the painting and the tears to the canvas, which are both horizontal and vertical.

The second is the state of canvas in general, which suffers from what Khalturin called “the chronic disease” of all Repin’s works: the oil paint detaching from the canvas.

Vandalism of Russian Art Through History

Due to the precarious state of the paint on the canvas, the climate conditions — humidity, temperature and other factors — must be carefully regulated at all times. And so an entire separate room will be used exclusively for restoration of the painting. Work is underway to build and install the special table and put in climate control and security devices. By the end of February, the Tretyakov Gallery specialists will have a fully prepared room that meets all their requirements, funded largely by Sberbank.

Some good has come out of the tragedy. Tatiana Yudenkova, head of the department of painting of the 19th and early 20th centuries, said that the preliminary analysis of the painting has revealed aspects of Repin’s technique that researchers had not known, in particular, qualities of his brush strokes. That will assist the restorers, and also help scholars of Repin’s work.

And most important, their experience in restoring this painting will help other restorers of other paintings both in Russia and abroad. As Khalturin said, “Such a complicated restoration case as this opens the door to the future. What our colleagues will do to restore Repin’s work will applied in the restoration of other important works of art in the future.”

Work on the painting is scheduled to begin in May. At present, the restoration team expects the painting to be finished by the end of 2020.