Revealing Signs of Moscow’s Hidden Past 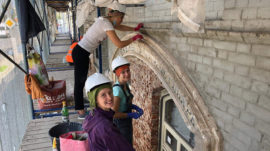 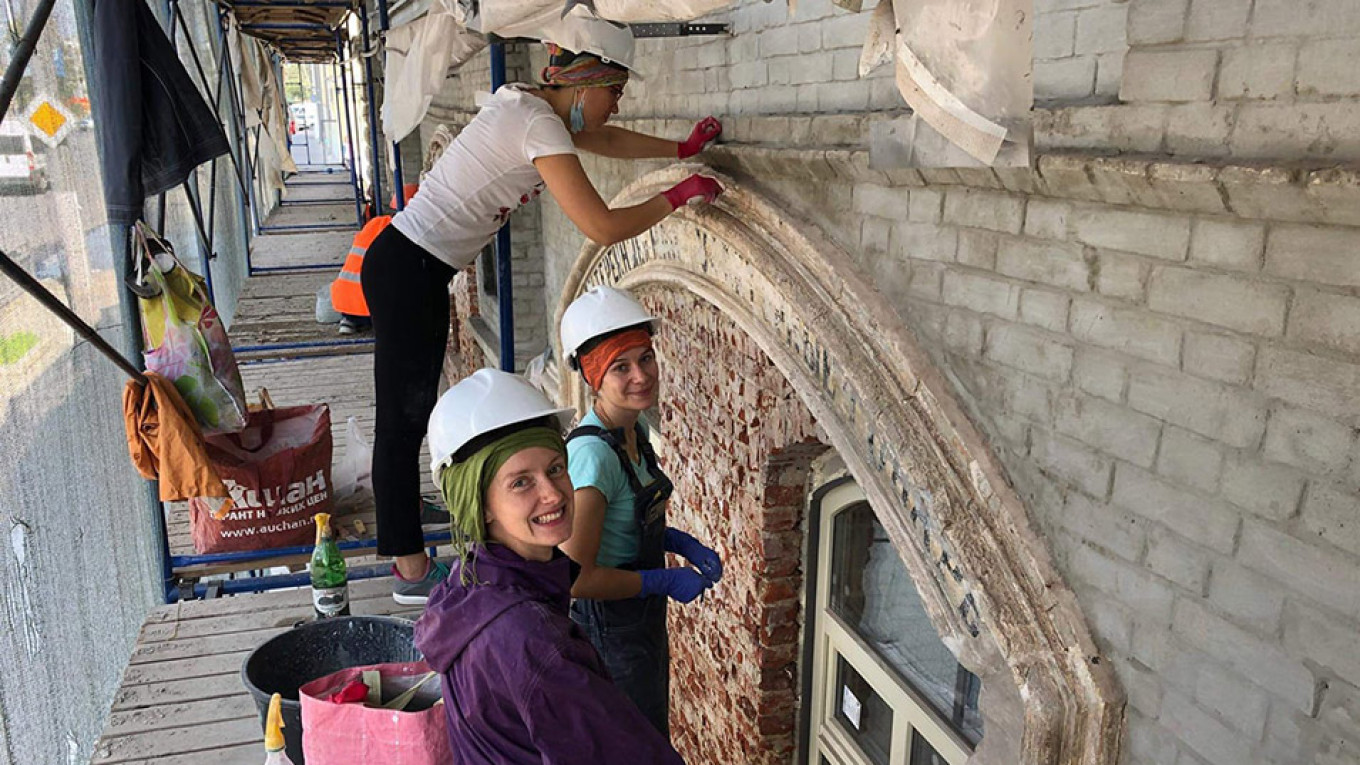 To foreigners, Moscow might seem like a closed fortress, always “defending and disguising itself,” as Walter Benjamin once wrote. But under the city facades there is another hidden life waiting to be discovered.

Right in the city center on Kostyansky Pereulok, the past has burst into the present with the sign “Streletsky Bakery” (“Стрелецкая пекарня”) on a ramshackle red house. The clumsy dancing script with uneven spacing between letters and faded colors is odd even for the Russian capital, where city architecture is a mix of styles that combines old and new in a never-ending parade of renovations and repairs.

A few months ago this sign, a message from the past and the only material proof of  the old name of the street — (“Strelyetsky”) — was hidden under layer upon layer of plaster. The ancient sign would have gone unnoticed if the “Remember.Moscow” “work commune” hadn’t found it.

“Everyone treats Moscow very pragmatically and doesn’t pay attention to such details as signs and historical architecture,” Natalia Tarnavskaya, head of the Remember.Moscow project, told The Moscow Times. “That’s what we’re up against.”

The project began in 2012, when a local history expert, Alexander Mozhayev, received a phone call from an artist who spied letters under the bay window of a building in central Moscow. Mozhayev suspected that it could be a pre-revolutionary sign, and he was right. Together with Tarnavskaya and restorer Pyotr Shutov, the trio  began to restore the sign.

“It’s telling that an artist noticed the first sign. We wouldn’t have found it. Even I couldn’t distinguish it from simple dirt. Everyone jokes that we have a mafia searching for old signs,” Tarnavskaya said.

The search for old signs on buildings does seem like a secret operation. Natalia said one of the activists is so obsessed that he goes out at night to look for them and removes a little piece of the facade where a sign might be hidden.

And like in all secret societies, news of the project has gotten around by word of mouth and is well-known to anyone involved in urban preservation. Whenever anyone sees some odd letters, they immediately report their suspicions to the Remember.Moscow group.

This strategy has been very effective. Remember.Moscow has already restored nine signs (plus one manhole cover, a basement window covered with grillwork, and a trademark on a brick) and is now working on a restoration in the neighboring city of Tula.

But not everyone likes the idea. Building owners often oppose any changes, and without their agreement nothing can be done. Natalia says this is their biggest problem. There have been many cases when owners didn’t want to restore the facade and, in fact, quickly and quietly destroyed the signage.

“When we saw fragments of letters on Trubnaya Ulitsa, we asked the owners if we could see if we were right. They said, ‘Yes, of course’ — and then ripped it all out that night,” Tarnavskaya said.

But with the Streletsky Bakery sign, the process went smoothly. The building is owned by the Spiritual Administration of Muslims of the Russian Federation. “They had no choice,” Tarnavskaya said. The building has landmark status, so it had to be restored. And it was to the organization’s financial advantage. “It was basically a freebie for them.”

Although in theory this work should be financed by the city, in practice it would take years before the authorities got around to repairing such small details as old signs. So the work is paid for by crowdfunding, in part from the over 2,000 people who follow the project’s Facebook group.

Artur Valyullin is one of these people. Originally from Ufa, he has been donating money to Remember.Moscow restorations for three years.

Valyullin is a designer and considers this project part of his professional sphere of interest. But it is more than that. “This returns a small particle of the cultural layer that doesn’t exist in history books. It’s from real life.”

“For me, signs are urban ethnography,” Yekaterina Dmitrieva, who moved to Moscow from Kaliningrad a few years ago, told The Moscow Times. “The thought that at one time your grandmother might have walked by this bakery or gone in to buy a bun brings such warmth and joy.” Now she works with the project as a restorer.

“In Russia, the principle is often to tear down something old and build something new in its place,” Dmitrieva said. So these simple signs from the past are not just decoration, but a way to preserve its “true face.”

“I don’t want all these ‘candy-colored’ houses that are being painted anew from one year to the next to drown the true face of Moscow. It shouldn’t be hidden under all this gloss,” she said. “That’s why these signs are an important part of city preservation.”

In the broader sense, the project isn’t just about restoring old signs but about sharing the responsibility for the city “because the heritage belongs to all of us,” Tarnavskaya said. She calls it the “next step up” in urban conservation that goes beyond just trying to save what’s here now and makes it possible to draw civil society into the process of urban creation.

This approach is attractive to both city residents and the Moscow Cultural Heritage Department, too, which provides work permits when required. “I don’t know anyone they support more than us,” Natalia said. “It’s because we don’t ask for anything.”

But the real audience of Remember.Moscow is the people who live in the Russian capital. “Our main goal,” Natalia said, “is to make people understand that the responsibility for what their home looks like lies with them.”