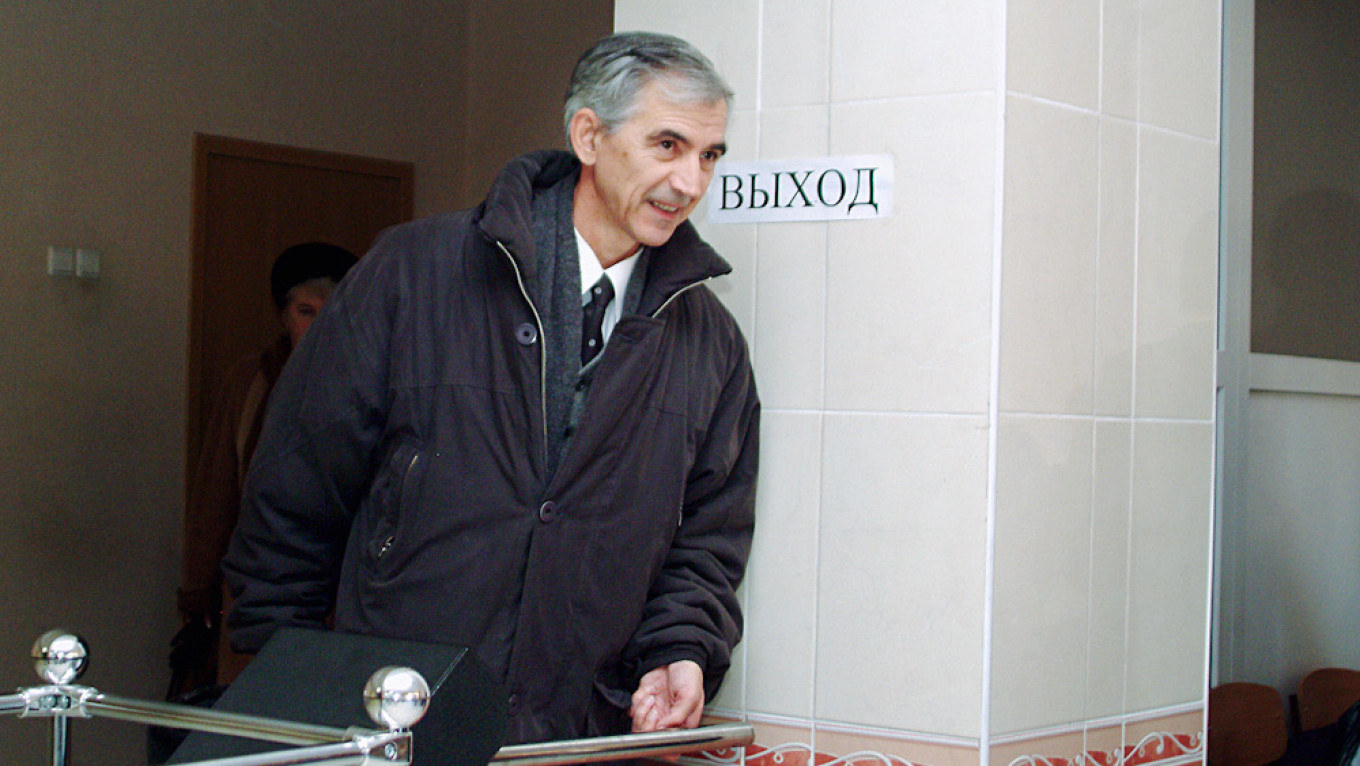 The European Court of Human Rights said Tuesday that Russian authorities denied a top physicist a fair trial ahead of his 2004 conviction on claims of passing state secrets to China, which saw him imprisoned in Siberia for eight years.

Accused of spying for China as well as embezzlement, Valentin Danilov was arrested in 2001, shortly after former KGB agent Vladimir Putin ascended to the presidency for the first time.

The case revived fears of the Soviet-era terror and the authorities’ paranoid hunts for traitors among academics and others with potential links to foreigners.

At the time, Danilov was director of the thermo-physics center at Krasnoyarsk State University, and claimed his shared work with a Chinese engineering firm did not involve any classified information.

Despite being initially cleared of the charges by a jury, Russia’s Supreme Court rejected the verdict and another court later sentenced Danilov to 13 years in prison.

In his appeal to the European court based in Strasbourg, he said he was not allowed to cross-examine experts whose testimony helped secure his conviction, nor to present his own experts for his defense.

He also claimed potential bias on the jury, since four of the 12 members had state security clearance.

The ECHR sided with Danilov on both claims, saying the Russian court “had infringed his fair-trial rights.”