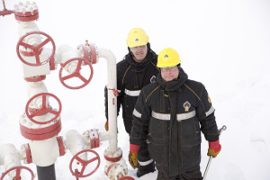 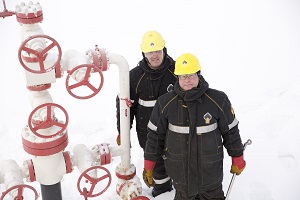 Maysky region of RN-Yuganskneftegaz is represented with a group of 16 fields united geographically. Among them, there are legendary fields, such as Malobalykskoye, South-Balykskoye, Petelinskoye, Ugutskoye and others, covering the area of 3,500 square kilometres. The current recoverable oil reserves of Maysky region amount to 570 million tonnes.

Four oil and gas production divisions develop the deposits. The region’s sophisticated infrastructure comprises over 6,500 wells, a stock-oil delivery and acceptance point, two oil pumping points, 15 booster stations, seven power substations of 110/35 kW, preproduction and energy supply shops, as well as the total of 820 kilometres of roads. There is continuing construction of production and power facilities in the region.

The Maysky regional fields are developed with most advanced technologies for well construction, and a complex of geological and technical activities is being performed, including drilling of horizontal wells, side-tracking, fracking, introduction of dual operation technology, et cetera.

The high operational indicators in Maysky region were achieved due to construction of new wells, application of advanced technology, improving the resource base, commissioning of new production capacities and efforts of the personnel.

RN-Yuganskneftegaz is the key asset of Rosneft Oil Company providing about 30% of the Company’s total output. The accumulated output of Yuganskneftegaz has exceeded 2.35 billion tonnes of oil since the start of commercial operation.