Novosibirsk Chemical Concentrates Plant (NCCP, an enterprise of TVEL Fuel Company of Rosatom) has successfully completed the final inspection of the initial loading fuel batch for Unit 2 at Belarus NPP, which is under construction in Ostrovets, Grodno region, Republic of Belarus.

A batch of 152 fuel assemblies for VVER-1200 reactor was fabricated at NCCP under the contract between TVEL JSC and ASE JSC (manages the engineering division of ROSATOM), the general contractor for Belarus NPP construction.

The final inspection has been carried out by the representatives of ASE, VPO ZAES (an authorized company with a license for nuclear fuel acceptance), Belarus NPP Republican Unitary Enterprise, as well as Belarus Gosatomnadzor national nuclear regulator. The inspectors could review all required documents, NCCP manufacturing process including numerous quality control stages, finished fuel assemblies, as well as the process of product placing in nuclear fuel casks for their further transportation.

A similar final inspection of the initial loading fuel for Unit 1 of Belarus NPP was successfully carried out at NCCP in November, 2018. 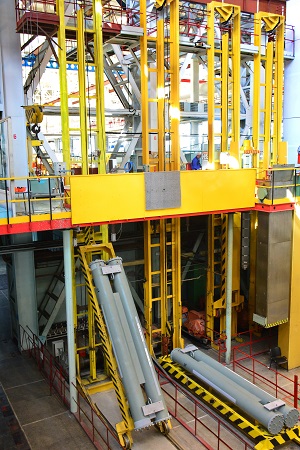 “The fuel division of ROSATOM has met its obligations to fabricate fuel for both units of Belarus NPP strictly on schedule. In future, besides the NCCP site, we consider fabrication of fresh nuclear fuel for this power plant at Machine-building Plant in  Elektrostal as well. Each fuel fabrication facility at TVEL Fuel Company has its own profile, meanwhile both of them have expertise of production of VVER-1200 fuel. This enables us to timely supply nuclear fuel to all NPPs with advanced and most efficient Gen 3+ power units, both operational and those under construction in Russia, Belarus, and other countries where ROSATOM is constructing NPPs of similar design,” Mikhail Zarubin, Senior Vice President for Production at TVEL JSC, commented.

TVEL JSC and Belarus NPP Republican Unitary Enterprise signed the contract for direct nuclear fuel supplies to units 1 and 2 at the nuclear power plant (starting from the second refueling) in December, 2017.

TVEL Fuel Company of ROSATOM incorporates enterprises for the fabrication of nuclear fuel, conversion and enrichment of uranium, manufacturing of gas centrifuges, as well as research and design organizations. It is the only supplier of nuclear fuel for Russian nuclear power plants. TVEL provides nuclear fuel for 76 power reactors in 15 countries, research reactors in eight countries, as well as transport reactors of the Russian nuclear fleet. Every sixth power reactor in the world operates on fuel manufactured by TVEL. www.tvel.ru
Novosibirsk Chemical Concentrates Plant (NCCP) is  one of the world’s largest facilities for fabrication of nuclear fuel for power and research reactors in Russia and overseas. NCCP is also Russia’s major producer of lithium products. The enterprise is a part of TVEL Fuel Company of ROSATOM. www.nccp.ru
May 21, 2019