Rosenergoatom: final stage of the physical start-up is underway at unit No. 2, Novovoronezh-2

22th March 2019 22:01 p.m. Novovoronezh – Unit No. 2 at the Novovoronezh Nuclear Power Plant II, equipped with the VVER-1200 reactor has been brought to minimum control power (MCP).

Minimum control power level is reached when neutron flux is recorded in a reactor working at a level sufficient to sustain a fission chain reaction.

Reaching MCP is considered as the final stage of the physical start-up procedure. Every stage has occurred on schedule and in compliance with all the safety regulations. In due course specialists will conduct a set of physical experiments on the neutronic characteristics of the reactor’s first fuel charge, as well as confirm the operational reliability of the reactor’s entire monitoring and safety systems. The physical start-up will be completed at Unit 2, following these experiments. 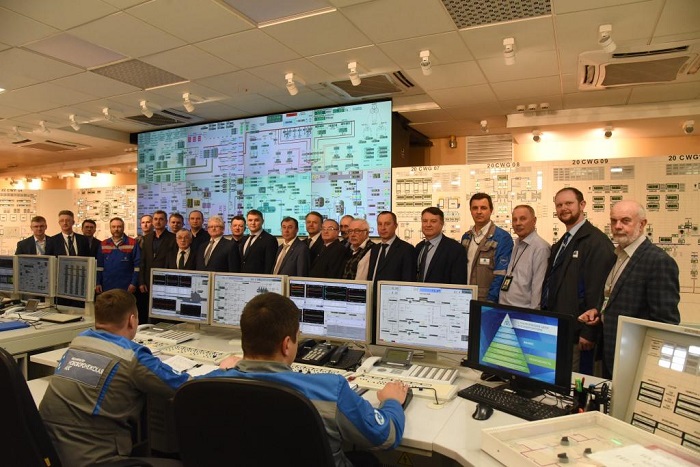 The power unit will then be prepared for power start-up and connection to the grid – both planned for the end of 2019. The launch of the reactor will bring the share of nuclear in the Central Russia’s electricity grid to 27% thus preventing over 4 million tonnes of GHG emissions every year and boosting the region’s economy.

The innovative Generation III+ power unit, equipped with the VVER-1200 reactor, has a number of economic and safety advantages when compared to the previous generation (VVER-1000): it is 20% more powerful; the amount of personnel operating the reactor has decreased to between 30 and 40%; and the lifetime of the reactor has doubled to 60 years, with the possibility of lasting an additional 20 years.