Culture | Rosenergoatom: Russian NPPs finished the year with an all-time record, surpassing the achievements of the USSR
RssMail

Rosenergoatom: Russian NPPs finished the year with an all-time record, surpassing the achievements of the USSR

Rosenergoatom JSC (part of the Electric Power Division of ROSATOM), which celebrated 75 years since its foundation last year, confirmed that it was indeed the largest power generating company of the country: Nuclear power plants, being its branches, generated over 215.746 billion kWh of electricity.

“We ended 2020 with an absolute record in the entire history of the Russian nuclear power industry, previously achieved only during the Soviet era in 1988, when all nuclear power plants produced the total of 215.669 billion kWh (including nuclear power plants in Ukraine, Lithuania and Armenia),” – Director General of Rosenergoatom JSC Andrey Petrov noted.

The FAS balance in 2020 was fulfilled by 103.92% with the planned figure of 207.614 billion kWh. Russian nuclear power plants not only broke the Soviet record with these numbers, but also exceeded their own achievement of 2019 (208.7 billion kWh) by more than 7 billion kWh. 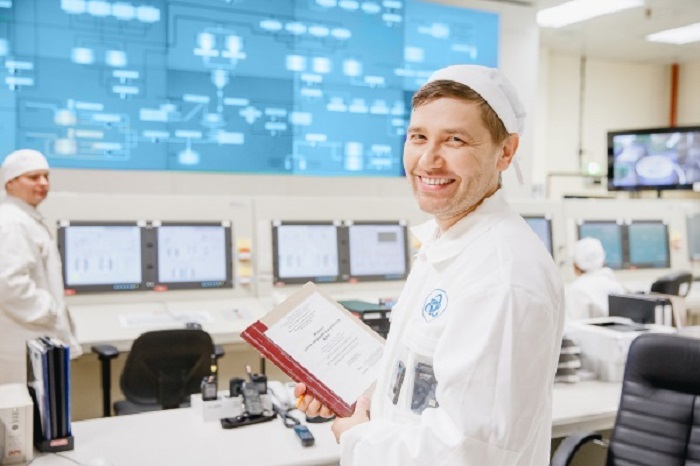 Let’s recall that at the peak of the development of nuclear power in 1988, there were 47 power units in operation in the Soviet Union; today the company has 37 of them. Power unit No. 6 of the Leningrad NPP with a VVER-1200 reactor is being prepared for commissioning for 2021.

Despite the decrease in electricity demand due to the reduction in industrial production associated with the COVID-19 pandemic, these significant results were achieved thanks to the implementation of a number of measures, such as maintenance of stable, safe and reliable operation of nuclear power units, cohesive work of all teams in the control loop enterprises, as well as timely measures taken by the industry leadership to prevent the spread of coronavirus infection.

The main factors that played a large role in increasing electricity generation were, among other things, the duration of repair campaigns being optimized by 130.5 days, which provided an additional 2.4 billion kWh, as well as transitioning from 12-month to 18-month fuel (overhaul) cycle of power unit No. 6 of the Novovoronezh NPP, as well as other measures.

In addition, a floating nuclear thermal power plant (FNPP) was put into operation in Chukotka in May 2020. It has generated about 127.3 million kWh since the beginning of the year. And in October, the new VVER-1200 power unit No. 6 of the Leningrad NPP was connected to the unified power grid of the country.

By this moment, the share of nuclear generation makes up about 19% of the total electricity generation in the country. Thus, every fifth light bulb in the Russian Federation burns from the energy generated by nuclear power plants.