Culture | Rosenergoatom: the power unit No 4 of Rostov NPP was put into commercial operation 3 months earlier the scheduled date
RssMail

Rosenergoatom: the power unit No 4 of Rostov NPP was put into commercial operation 3 months earlier the scheduled date 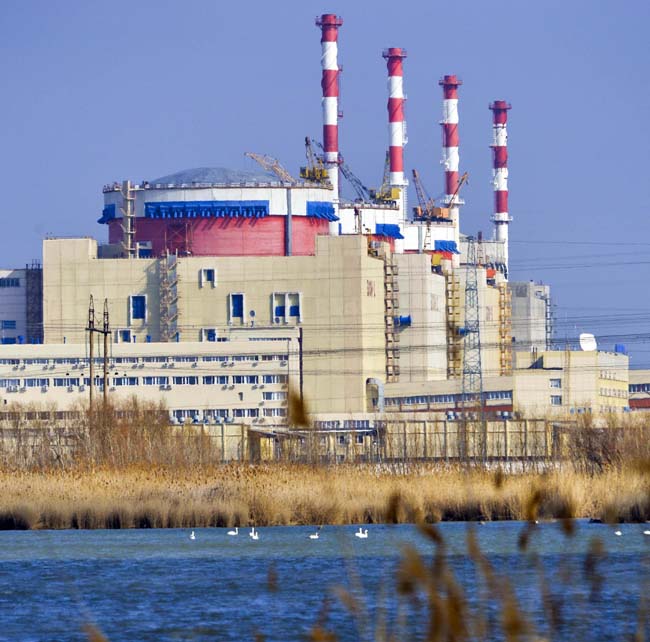 On 28 September, 2018 on Nuclear Industry Employee Day at Rostov NPP (a branch of Rosenergoatom JSC, a part of Electric Power Division of ROSATOM) one of this year’s key events for Russian nuclear power industry happened – the power unit No 4 with VVER-1000 reactor was put into commercial operation three months earlier the scheduled date.

The corresponding order was signed on 28 September, 2018 by the Director General of Rosenergoatom JSC Andrey Petrov on the basis of permission of Rosatom State Corporation given earlier. Before, on 25 September the Federal, Environmental, Industrial and Nuclear Service of Russia (Rostekhnadzor) issued a conclusion on compliance of the commissioned unit with project documentation, technical regulations and normative acts including the requirements of the energy efficiency. 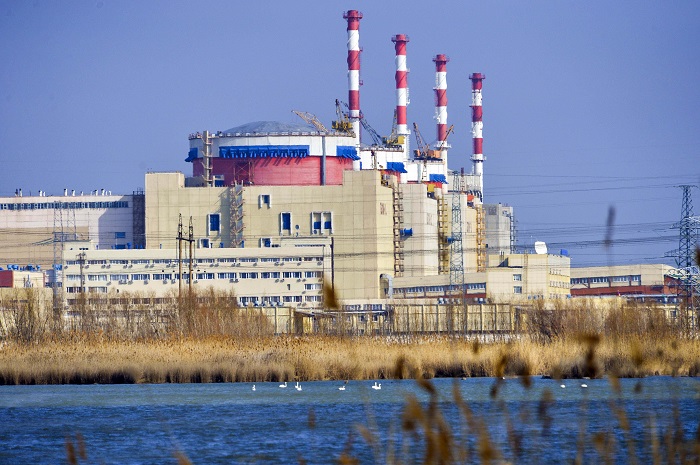 Speaking of importance of the event, the Director General of ROSATOM Aleksey Likhachev said, “As for today, Russian NPPs has generated more than 147.5 billion kWh of electric power and the significant part of this result was made by the work of new power units – No 4 of RoNPP and No 1 of LNPP. It is to be noted that RoNPP’s power unit No 4 is the last unit in Russia of VVER-1000 type, but it was designed with some safety elements that are used in the innovative power units of Generation 3+. Thus, due to effective expenditure of the allocated resources during the construction of Rostov NPP’s power unit No 4 we managed to save more than 1.5 billion rubles.”

In his turn, the Director General of Rosenergoatom JSC Andrey Petrov said that “Rostov NPP is the first NPP in the newest history where the so called straight-line construction that provides both adherence to deadlines and maximum effective use of materials and financial resources was revived. It is due to this type of construction RoNPP was constructed not only 3 months earlier, but with the high quality.”

The Plant Manager of Rostov NPP Andrey Salnikov noted that “We put into commercial operation our 4th power unit on this holiday for all workers of the nuclear power industry. And today we have double holiday indeed. The personnel of the nuclear power plant have successfully and in advance managed the state matter on increasing the nuclear power generation and reliable provision of the current and long-term demand in electric power of the South of Russia. At present time, the power unit No 4 of RoNPP has generated 3 billion 750 million kWh of electric power that allowed Rostov NPP to be included into Russian region leading in amount of electric power generation; it also creates the additional opportunities for successful social and economic development of region in the future.”

The chief of the Engineering Division of Rosatom Valeriy Limarenko noted, “For all the employees of the Division Rostov NPP is a very important facility, as when constructing the second, third and forth power units we, in fact, revived the construction sector of nuclear power industry: we expanded the capacity, implemented new technologies, trained personnel. And we are proud that today, at the day of our main professional holiday, Rostov NPP starts working at full performance due to the commissioning of our last, forth power unit. I congratulate all participants of this grand project with our big mutual achievement!”

It is to be recalled that a part of Rostov NPP in generation of the Unified Power System of the South is about 30% instead of 26% earlier. Thus, every third light bulb in the region will be lighted up from the most Southern of Russian NPPs.

In accordance with the “Detailed Scheduled Plan of Implementation of the State Program of the Russian Federation on Development of Nuclear Power Industry Complex for 2018 and planning period of 2019 and 2020” the commissioning date of Rostov NPP’s power unit No 4 is 31.12.2018.

Today, Rostov NPP is one of the largest enterprises of the power industry of Rostov Oblast and the South of the country. The commissioning of the power unit No 4 will allow to sustainably provide the electric power to the entire southern region of Russia. Moreover, Rostov NPP will be included into the top ten Russian regions leading in energy production.

Now, the plant provides 46% of electric power production in the region. The electric power from RoNPP units goes to Volgograd Oblast, Krasnodar and Stavropol Krais and to Volgodonsk. With the commissioning of the new power unit No 4, the Plant’s share in regional electric power generation will be more than half – about 54%. The operating power unit No 4 can give additional taxes to the budgets of all levels of about 1.5 billion rubles, and in the first year after its commissioning additional allocations in form of property tax only will amount to about 1 billion rubles.