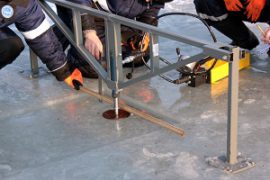 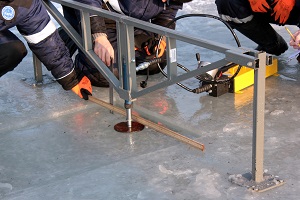 As part of the agreement concluded at the Eastern Economic Forum 2018, Rosneft together with the Far East Federal University (FEFU) and the Arctic Research and Design Centre (subsidiary of Rosneft corporate Research and Development complex) launched the research of sheet sea ice structural behaviour. For the first time in the global science, ice-exploration is carried out simultaneously on four test sites, which are characterized by different types of sheet ice. Two test sites are located in the Far East, two – in the Arctic. One of the Arctic test sites is the central research base Khastir, which has been continuously monitoring ice and hydrometeorological conditions since 2016. 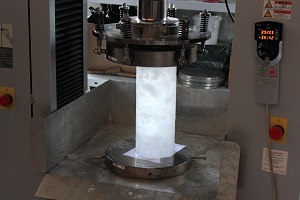 The core objectives of the research are to identify the dependencies between the various structural behaviours of sheet ice, necessary for loading evaluation. Currently, in domestic and international practice, a wide range of indicators of ice properties is used to calculate the actual loading, while there are no accepted calculation formulas. Based on the research findings, Rosneft and FEFU specialists will establish dependencies between ice behaviours in mathematical formulas, which will allow to reasonably calculating sheet ice loading for offshore structures and vessels for any period of time that is necessary for the Arctic shelf efficient and safe exploration.

Within the framework of studies, ice physical properties (temperature, salinity, density, texture) and structural behaviours (flexural strength of disks and consoles, compression, local strength) are studied at all test sites. Such extensive work on synchronous ice research has not previously been performed.

Rosneft’s licensed areas are located in all the seas of the Russian Arctic: the Barents, Kara, Laptev, East Siberian, and Chukchi. Before the start of the Company’s annual expeditions Kara Winter in 2013, no ice research was carried out in these seas. During the Rosneft’s expeditions, a tremendous amount of data was collected on sheet ice and ice formations of the Russian Arctic, an unprecedented range of works was carried out to study structural behaviours of more than 1,000 ice cores, more than 5,000 tests of local strength were conducted. Among the prime achievements are the the discovery of abnormally strong ice: the ice research in the Khatanga bay in 2016-2018 showed that the ice in shallow water in the mixing zone of river and sea water has anomalously high strength that is 1.5-2 times greater than the strength of river and sea ice.

The future plans of Rosneft and FEFU specialists include the research of deformed ice structural behaviours that will also be conducted at four test sites located in the Company’s licensed areas in the seas of the Russian Arctic. In addition, to develop technologies and technology solutions in the Arctic shelf exploration, the Company plans to implement projects to conduct experimental tests of skids and offshore structures in sea ice.

Rosneft’s Arctic research is devoted to the benefit of all Russian and world science. The results of the work are fundamental for offshore structures and ships design. as well as to ensure the safety of navigation along the Northern Sea Route routes.

The strategic area of Rosneft Oil Company’s offshore projects is the exploration of the continental shelf of the Arctic seas. The sedimentary basins of the Russian Arctic shelf are comparable to the world’s largest petroleum regions in terms of total oil and gas potential. According to expert estimates, the Arctic shelf will account for 20% to 30% of Russia’s total oil production by 2050.

Since 2012, the Company has been studying hydrometeorological, ice and geotechnical conditions in licence areas of the Arctic shelf. In 2017, the Company together with experts from the Arctic Research and Design Centre (ARDC) organized integrated research and development expeditions in the Arctic seas (Kara, Laptev, Chukchi).

The research programme is especially focused on complex observation of ice conditions. Additionally, during the expeditions, marine meteorological observations, studies of polar bears, as well as monitoring of marine mammals and birds were carried out. Top-level Russian scientific organization took part in the research.