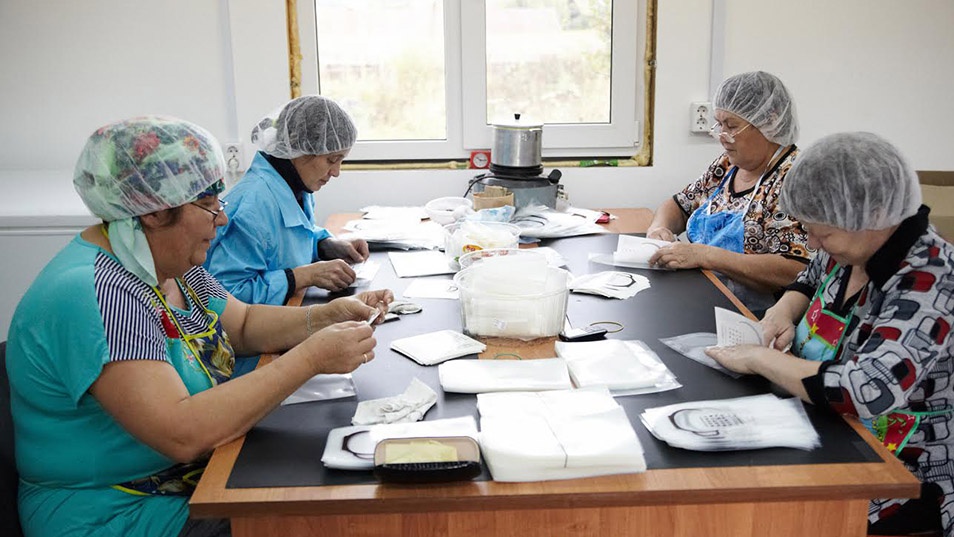 With a workforce of elderly women and using local ingredients, a honey and confectionery business put together with funds raised online is breathing life into an ailing Russian village.

Cocco Bello Honey in Maly Turysh, in Sverdlovsk region around 1,500 kilometers east of Moscow, employs local residents, many in their sixties and over, left behind by an exodus of young people from rural Russia.

Many villages in the vast country have dwindled since the Soviet collapse amid demographic decline and a dearth of local jobs.

“I just really wanted to help,” said Guzel Sanzhapova, the 30-year-old founder of the honey business set up in part to nurture a dying village where her grandmother was born.

Sanzhapova launched a series of crowdfunding campaigns in 2014 and raised 6 million rubles ($90,337) to get the business off the ground.

Cocco Bello Honey now has an annual turnover of 20 million rubles ($301,125), she says, and employs up to 25 people depending on the season. The village has a population of 50 people.

Staffers prepare and package different types of honey including honey cream with berries and honey mousse, jams and herbal teas. They also pick herbs and berries, while the honey is produced by Sanzhapova’s father’s beehives, which he inherited from his father.

The products at sold at farmers’ markets, festivals and in Moscow and Yekaterinburg coffee shops.

“There is no work here, this is all [there is],” 64-year-old employee Mariam Pyatygina said, adding work dried up in the village when the state farm was closed after the Soviet breakup.

Sanzhapova now hopes to raise funds to build a community center in the village that would serve as a public center for neighboring settlements too.

“I didn’t think it was possible to expand farming like this in just a couple of years,” said her father Ravil Sanzhapov.

“I didn’t imagine this in my dreams.”