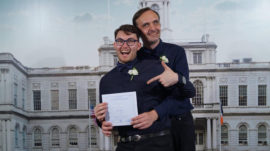 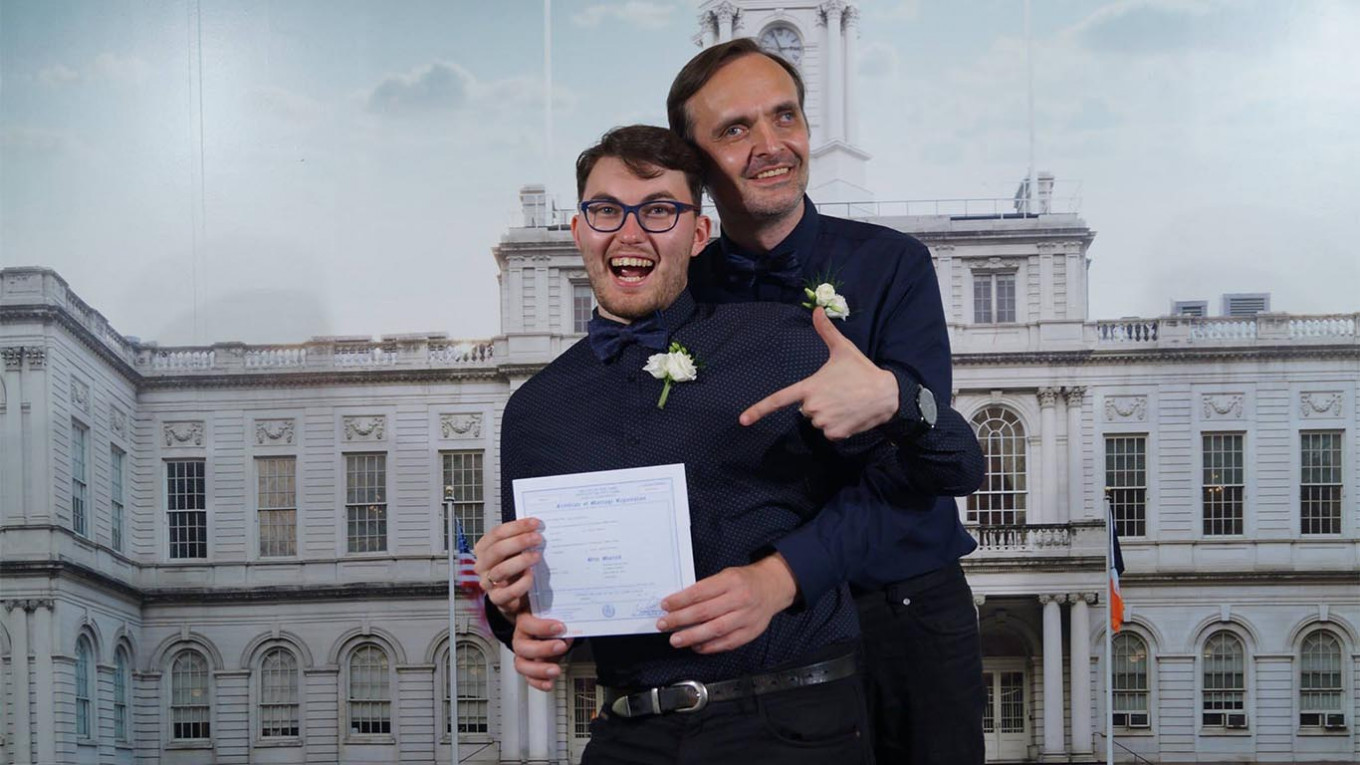 Russia appears to have recognized a gay marriage by sending a tax return to a prominent LGBT rights activist who had married his husband in the United States, the activist said Monday.

This is at least the second time Russian officials have unintentionally recognized a gay marriage due to a legal loophole in the country’s family law.

“The state made this tax deduction and has thus recognized our marriage,” Kochetkov wrote on Facebook on the three-year anniversary of his marriage to fellow activist Kirill Fyodorov.

Russia does not register same-sex marriages. However, Russian family law recognizes marriages that were registered abroad as long as they aren’t between close relatives or people who are already registered as married.

“Since neither of us is in another marriage, we’re not close relatives, adoptive parents or adopted children… our marriage is recognized in Russia,” Kochetkov wrote.

In 2018, a Moscow civil service stamped the marital status page of a gay couple who tied the knot in Denmark. The civil service later denied registering the marriage and the couple has since fled Russia after facing threats.

Next week, Russians will vote on a package of constitutional amendments which, in addition to allowing President Vladimir Putin to stay in power until 2036, would enshrine marriage as a union between a man and a woman in Russia’s basic law.

Kochetkov argued that the constitutional changes, which are expected to be approved amid an extensive campaign in their favor, will not erase the small gains achieved through bureaucratic paperwork.

“Equality of all before the law is a fundamental constitutional principle that no new amendments can undo,” Kochetkov wrote, calling on fellow same-sex couples to “get out of the closet and lay your claims in Russia.”