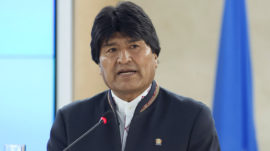 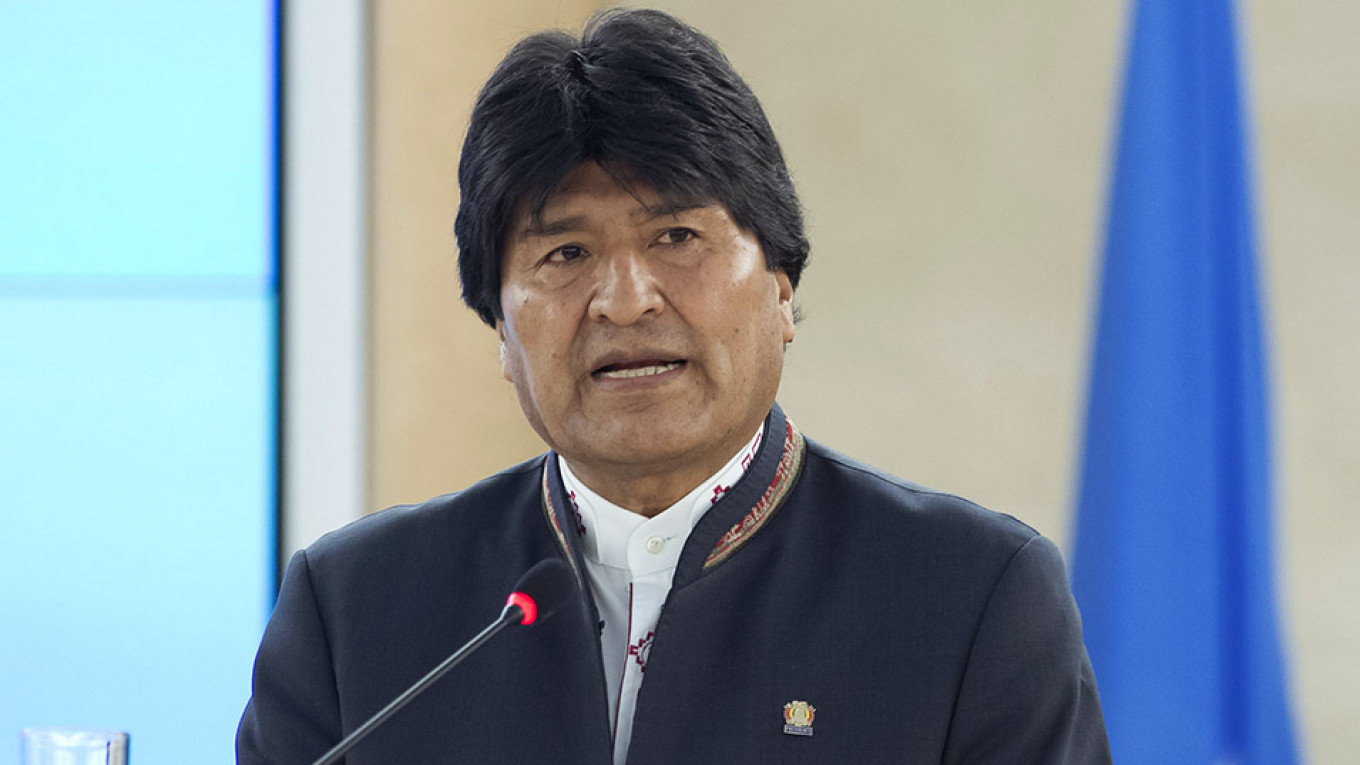 Russia on Monday accused Bolivia’s opposition of unleashing a wave of violence in the South American nation and said it looked like a government push for dialogue had been swept aside by an orchestrated coup.

Bolivian President Evo Morales said on Sunday he was resigning to ease violence that has gripped Bolivia since a disputed election, but he stoked fears of more unrest by saying he was the victim of a “coup” and faced arrest. A Proekt news website investigation last month said Russian political consultants ran online campaigns supporting Morales and criticizing his opponents in a bid to help re-elect the Kremlin-friendly leader.

Russia‘s Foreign Ministry said in a statement it was alarmed by the events and called on all political forces to show common sense and to act responsibly.

“It causes deep concern that the willingness of the government to search for constructive solutions based on dialogue was swept away by events that have the patterns of an orchestrated coup d’etat,” the Foreign Ministry said.

The Kremlin called for calm in the country and said it hoped foreign powers would not try to meddle in the crisis. Morales has not been in contact with Moscow or requested asylum there, Kremlin spokesman Dmitry Peskov told reporters.

“We are ready to continue dialogue with the country’s legitimate authorities and, in particular, with the new parliament when it is elected,” he wrote on his Facebook page.

Margarita Simonyan, editor-in-chief of the state-funded RT network, extended a job offer to Morales as a presenter on RT Spanish. “[Former Ecuadorian President Rafael] Correa has been hosting a show with us for the second year now and has nothing to worry about,” Simonyan said in a post on her Telegram channel.

“What is this? After falsified elections, people took to the streets and a lunatic elderly dictator who violated constitutional restrictions in a number of ways was forced to resign,” Leonid Volkov, a close aide to opposition leader Alexei Navalny, tweeted. “How we wish we had it like in Bolivia!”

Moscow has commercial interests in Bolivia where Russia‘s state nuclear agency is building a nuclear center. Morales visited Moscow for talks with President Vladimir Putin in June, pointing to Bolivian gas and lithium as areas for cooperation.

Venezuela and Cuba, two of Russia’s closest Latin American allies, have joined Morales in calling his resignation a “coup.”