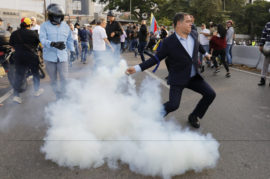 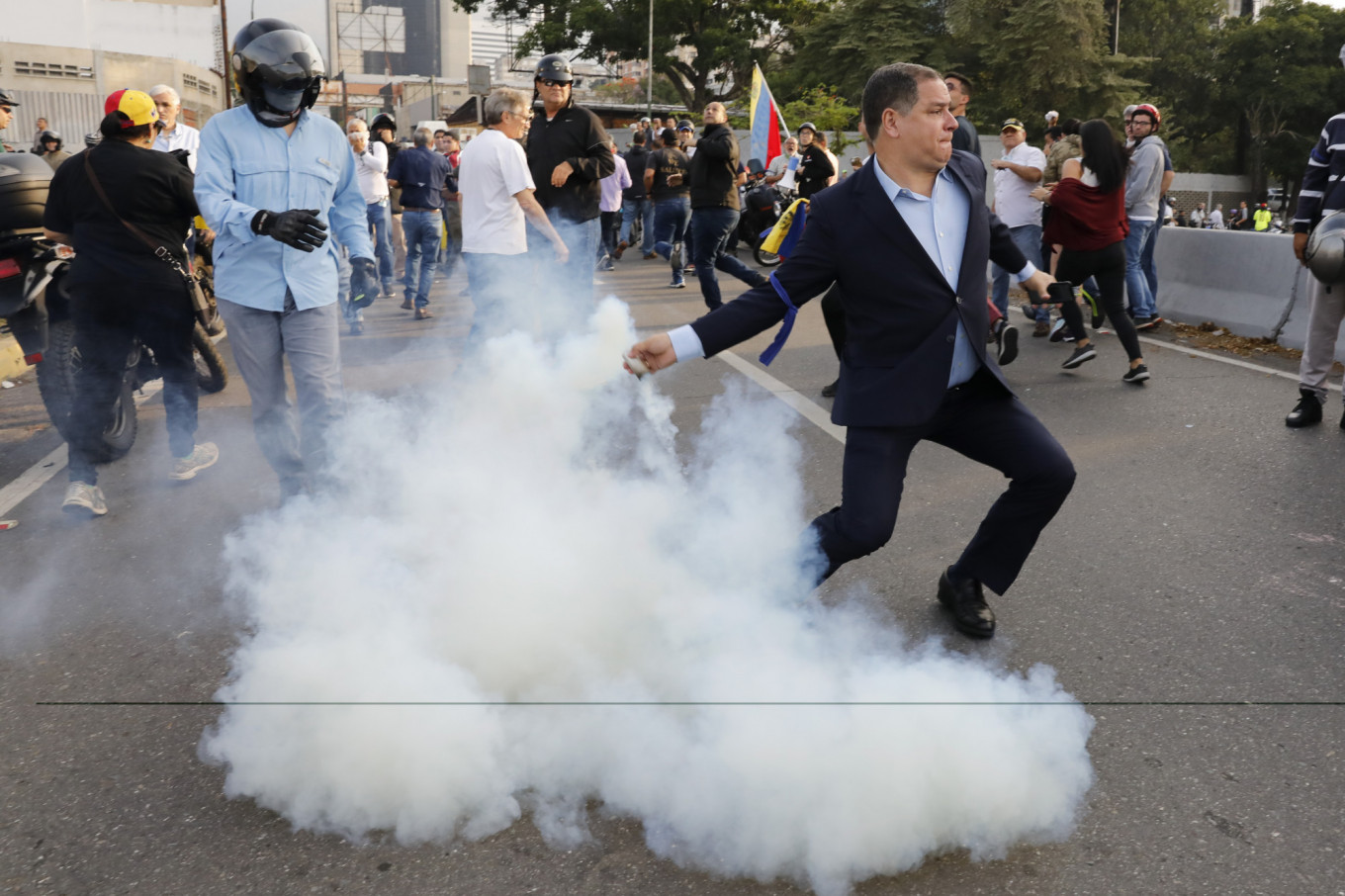 Russia‘s Foreign Ministry on Tuesday accused the opposition in Venezuela of resorting to violence in what it said was a brazen attempt to draw the country’s armed forces into clashes.

The ministry made the allegation after Venezuelan opposition leader Juan Guaido called for a military uprising to oust President Nicolas Maduro and armed factions exchanged gunfire outside a Caracas air base as the country hit a new crisis point after years of political and economic chaos.

Russia, which has supplied weapons to Venezuela and acted as a lender of last resort, has accused the United States of trying to undermine Maduro, someone Moscow counts as one of its closest allies in Latin America.

“The radical opposition in Venezuela has once again returned to violent methods of confrontation,” the foreign ministry said. “Instead of peacefully settling political differences, they have taken a course designed to whip up conflict, and provoke breaches of public order and clashes involving the armed forces.”

The ministry called on the opposition to renounce violence and embrace negotiations instead, saying it was vital to avoid bloodshed.

President Vladimir Putin discussed the situation in Venezuela at a meeting of his Security Council earlier on Tuesday.

Russia has sent nearly 100 military personnel to Caracas, a contingent the Kremlin has described as military specialists. Russian news agencies cited the Russian embassy in Venezuela on Tuesday as saying the Russian personnel were not involved in the clashes between the opposition and the authorities.