Russia and Poland’s Holocaust War of Words, in Quotes 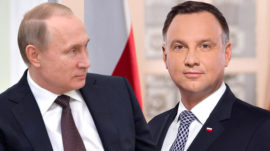 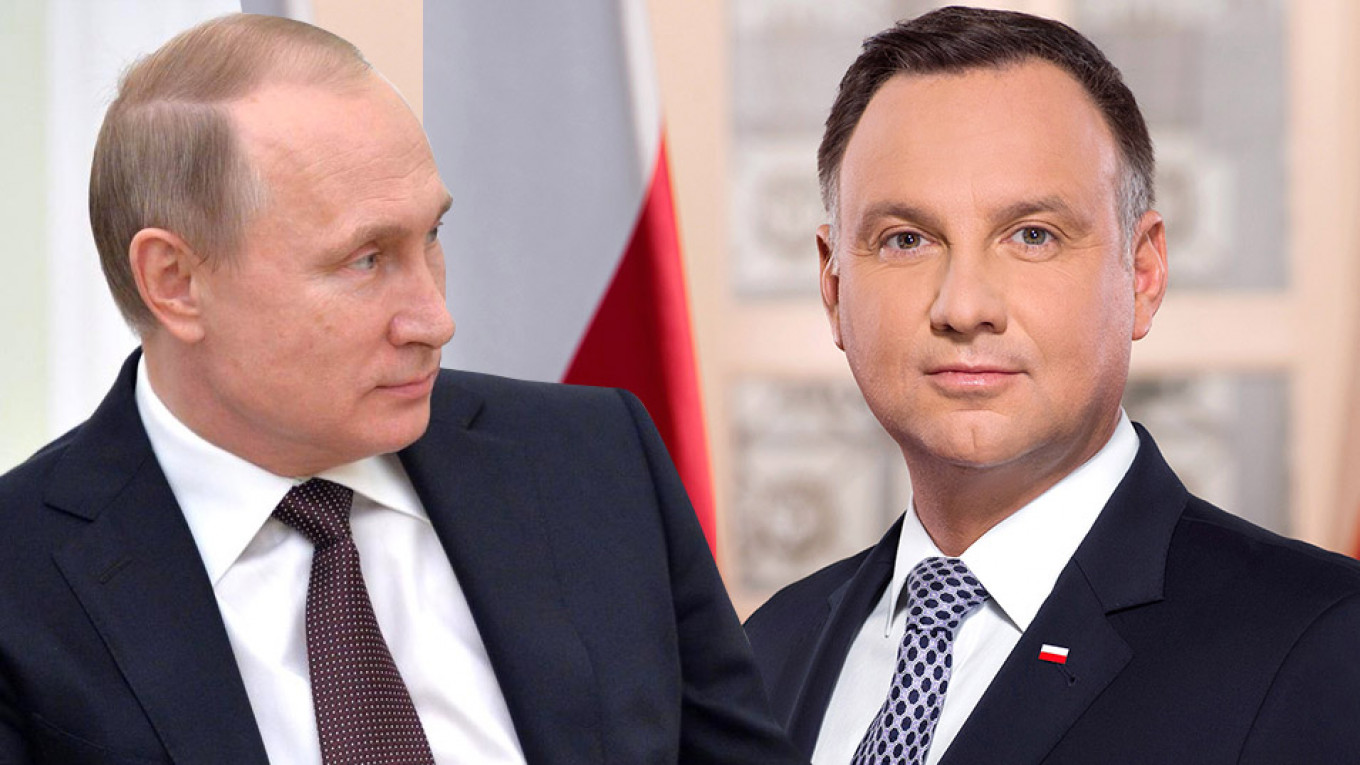 Russia and Poland are in the midst of a long-running spat over what caused World War II as Moscow prepares to mark the 75th anniversary of the Soviet victory over Nazi Germany this spring.

Russian President Vladimir Putin in December blasted a European Parliament resolution blaming the 1939 Soviet-Nazi Molotov-Ribbentrop pact for the outbreak of war. Putin claimed that Western powers’ own dealings with Hitler had led to the war.

Last week, Polish President Andrzej Duda boycotted Holocaust commemorations in Israel over Putin’s presence as a guest of honor. Putin, meanwhile, did not attend the Auschwitz commemoration hosted by Duda.

Ukraine waded into the fray at the 75th anniversary of the Auschwitz death camp’s liberation Monday, with President Volodymyr Zelenskiy appearing to side with Poland against Russia.

Here’s a brief overview of the Russian-Polish war of words:

What Russia is saying

“Yes, Soviet troops entered Poland under the [1939 Molotov-Ribbentrop Pact] protocols. [But] the troops entered only after the Polish government lost control over their armed forces and over the developments in Poland.”

“The crimes committed by the Nazis, their deliberate, planned, and as they said, ‘final solution to the Jewish issue,’ is one of the darkest and most shameful pages of modern world history. But we should not forget that this crime also had accomplices. They were often crueler than their masters. Death factories and concentration camps were [run] not only by the Nazis, but also by their accomplices in many European countries.”

“Ukraine’s president sides with what we see as the Polish leadership’s extremely mistaken view, which offends the tens of millions of Russians and citizens of [post-Soviet] countries whose parents, grandparents and relatives gave their lives for the liberation of Europe, including Poland, from fascism.”

“We don’t accept [Zelenskiy’s] statement, we consider it erroneous and offensive from the point of view of the memory of our grandfathers.”

What Poland is saying

“The Sejm of the Republic of Poland condemns the provocative and untrue statements by representatives of the highest authorities of the Russian Federation attempting to hold Poland liable for the Second World War.”

How the international community is reacting

“Poland and the Polish people were the first to feel the complicity of [Nazi and Soviet] totalitarian regimes. This led to the outbreak of World War II and allowed the Nazis to launch the deadly Holocaust machine.”

What the experts say

— Natalia Zorskaya, the head of social and political research at the independent Levada Center polling agency:

“There is a manipulation and politicization of the Holocaust to show to Poland and the world that we have our own historical truth. And in connection with the 75th anniversary of the Soviet victory, to affirm that Russia is the main hero and that it is impossible to delve into the dark spots and the toll of the war.”

“But Poland’s leadership is so conservative that they have also adopted a law on criminal liability for allegations of Poland’s participation in the Holocaust. Therefore, a peaceful recognition of the tragedy and a normal, calm understanding that Soviet troops really liberated Auschwitz does not exist, and ideological manipulation is happening as a result.”