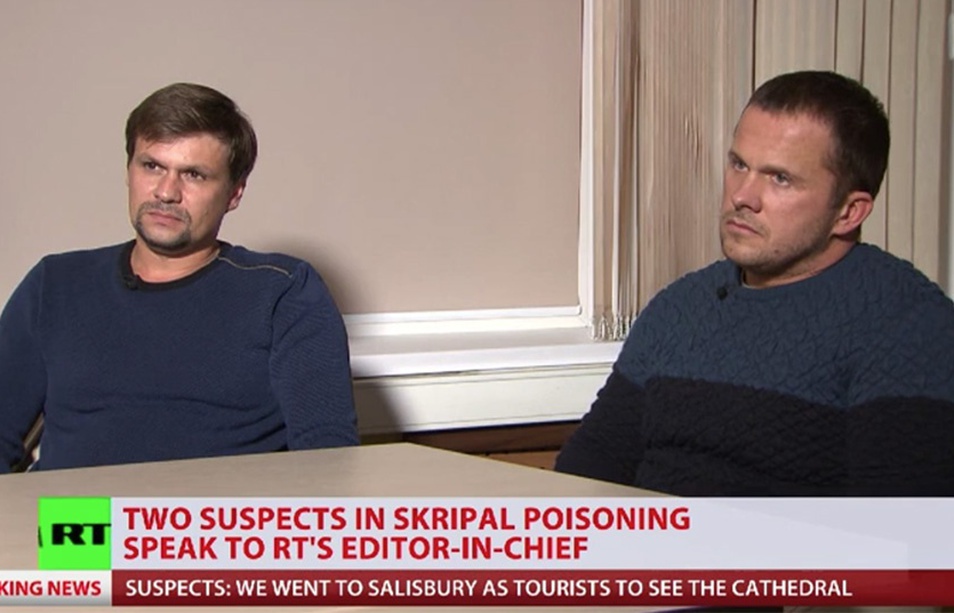 The European Union sanctioned on Monday the heads of Russia’s military intelligence and two of their officers blamed for poisoning a former Russian double agent in Britain last year, a decision Moscow dismissed as groundless.

The EU travel bans and asset freezes included two men Britain has named as intelligence officers Alexander Petrov and Ruslan Boshirov and accused of attempting to murder Sergei Skripal and his daughter Yulia.

The men have denied any involvement in the spraying of a chemical weapon on Skripal’s front door in the English city of Salisbury in March.

In a case that has widened Russia’s distancing from the West in recent years, the European bloc also sanctioned the head and deputy head of Russia’s military intelligence agency (GRU).

Their names will be published on Tuesday in the EU’s Official Journal, when the sanctions come into force.

“These designations include the two GRU officials, and the Head and Deputy Head of the GRU responsible for possession, transport and use in Salisbury of a toxic nerve agent on the weekend of 4 March 2018,” the EU said in a statement after foreign ministers approved the move.

“They are suspected groundlessly,” he told reporters on a conference call. “We have still not heard any evidence.”

Skripal, 66, a former colonel in Russia’s military intelligence who betrayed dozens of agents to Britain, and his daughter Yulia were found unconscious on a bench in the city of Salisbury on March 4 last year.

The two men accused of being agents say they were innocent tourists visiting Salisbury cathedral. Britain published CCTV images of them last year.

Banned two decades ago under an international treaty, the rising use of nerve agents has alarmed Western governments, and Lithuanian Foreign Minister Linas Linkevicius told Reuters the sanctions aimed to send a message to Moscow.

“It was a message to Russia and to everyone who is considering using chemical weapons in the 21st century in the territory of sovereign states. It’s not acceptable,” he said.

The Russians targeted are the first names to be added to a new EU mechanism to punish chemical weapons attacks using banned munitions, regardless of nationality.