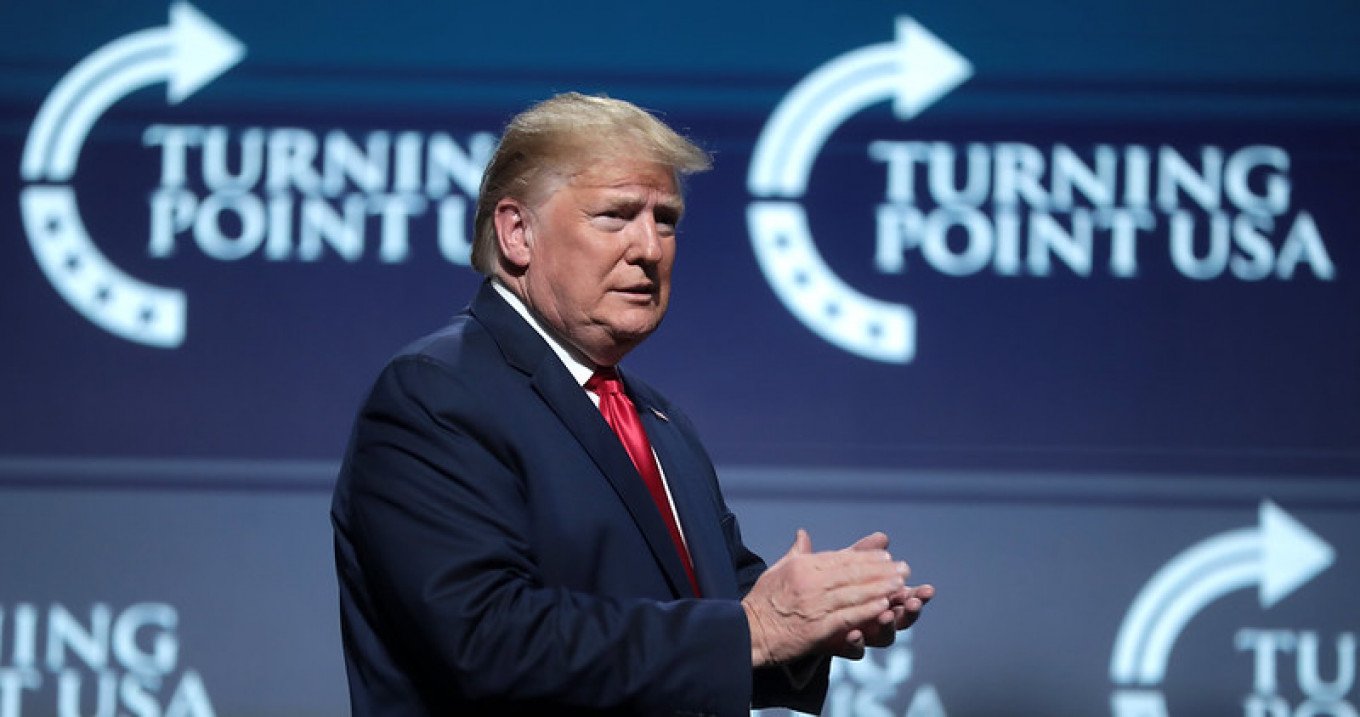 U.S. intelligence officials told members of the House of Representatives Intelligence Committee in a classified briefing last week that Russia was again interfering in American politics ahead of November’s election, a person familiar with the discussion told Reuters.

U.S. officials have long warned that Russia and other countries would seek to interfere in the Nov. 3 presidential election, following Russia’s meddling in the 2016 campaign that ended with Trump’s surprise victory over Democratic rival Hillary Clinton.

The U.S. intelligence community concluded that the Kremlin used fake news reports, cyber attacks and other methods in its 2016 operation in an effort to boost Trump, an allegation that Russia denies. Trump has also repeatedly questioned the finding.

On Friday, the Kremlin said the latest allegations were false.

“These are more paranoid announcements which, to our regret, will multiply as we get closer to the (U.S.) election,” Kremlin spokesman Dmitry Peskov told reporters. “They have nothing to do with the truth.”

Mueller found no conclusive evidence of coordination between Russia and the Trump campaign. He also pointed at 10 instances in which Trump may have attempted to obstruct his investigation, as Democrats alleged, but left any finding of obstruction to Congress.

Trump is seeking a second term in office.

Last July, he called on Ukrainian President Volodymyr Zelenskiy to investigate one of his potential Democratic rivals, former Vice President Joe Biden, sparking his impeachment in the Democratic-controlled House.

Trump, who was later acquitted by the Republican-led U.S. Senate, has also publicly called on China to probe Biden.

Trump then dismissed Maguire, abruptly announcing this week that Richard Grenell, a Trump loyalist, would be the acting intelligence chief, even as he continues serving as U.S. ambassador to Germany. His appointment drew sharp rebukes from Democrats and other critics who said Grenell lacked intelligence experience.

“American voters should decide American elections — not Vladimir Putin,” U.S. House Speaker Nancy Pelosi wrote in a post on Twitter late on Thursday, referring to Russia’s president. She called on lawmakers to condemn Trump’s “reported efforts to dismiss threats to the integrity of our democracy & to politicize our intel community.”

“If reports are true and the president is interfering with that, he is again jeopardizing our efforts to stop foreign meddling. Exactly as we warned he would do,” Schiff said Thursday night.

Trump has repeatedly called the U.S. Russia probe and the impeachment inquiry a “witch hunt.”

His fellow Republicans at last week’s briefing questioned the information, according to the source, who spoke on condition of anonymity because of the matter’s sensitivity.

Republican members of the panel did not respond to a request for comment.